Russian-US calls to guarantee flight safety over Syria could stop 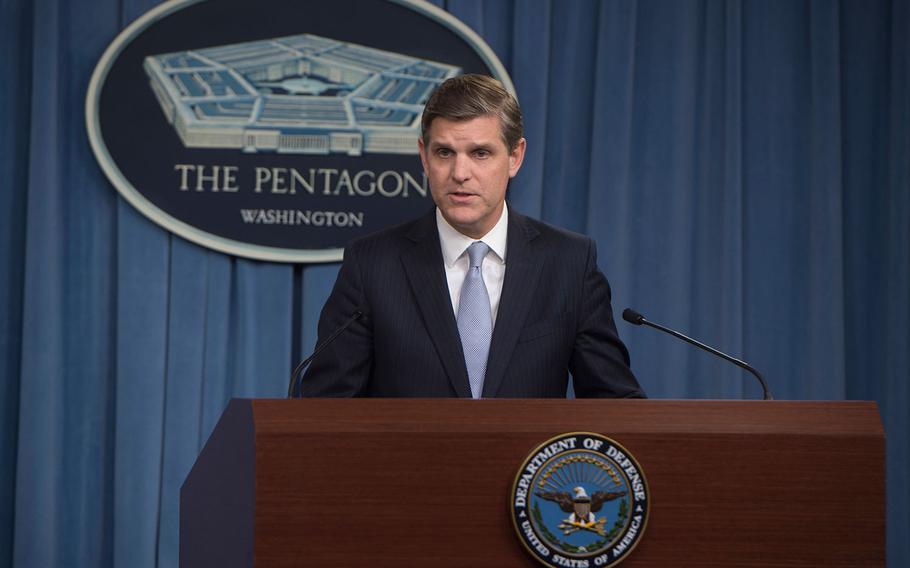 WASHINGTON – The Pentagon said Thursday that the United States would protect coalition and U.S. aircraft over Syria, hours after Russia warned it might stop the flight-safety calls used to avoid incidents between U.S. and Russian pilots.

For the last year, the United States and Russia have held regular phone calls from their operations centers to protect the aircraft from each nation. The Pentagon has previously emphasize the calls did not mean the countries were coordinating airstrikes in Syria, but just keeping their own pilots safe from collision or targeting.

“We will continue to employ that line of communication,” Pentagon Press Secretary Peter Cook told reporters Thursday. “We would encourage the Russians to do the same.”

During the last month, Russian and U.S. relations have continued to falter over a failed ceasefire in Aleppo. On Monday, President Barack Obama called off the formal diplomatic negotiations that had continued between Secretary of State John Kerry and Russian Foreign Minister Sergey Lavrov, his counterpart. At the time, defense officials said the formal bilateral talks had ended, though the flight-safety calls were ongoing.

But in the days since talks ended, Russia announced it was moving another sophisticated air-defense system to its Khmeimim air base in Syria. On Thursday, Major-General Igor Konashekov, the spokesman for the Russian defense minister, suggested they also could stop the daily flight-safety call.

“Russian air defense system crews are unlikely to have time to determine in a ‘straight line’ the exact flight paths of missiles and then who the warheads belong to,” the Russian defense ministry spokesman said, according to news reports.

On Thursday, Cook said U.S. and coalition jets will continue flying over Syria. He also emphasized the need to continue the calls, but said the United States and its coalition allies were prepared to protect their pilots.

“We’ll continue to do so taking every possible step we need to ensure the safety of our crews, our coalition air crews over Syria,” Cook said.