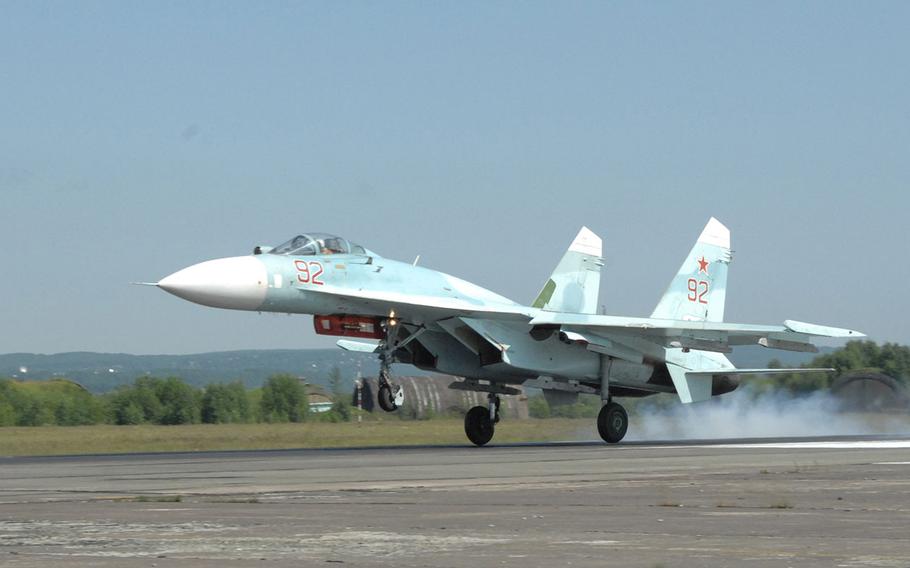 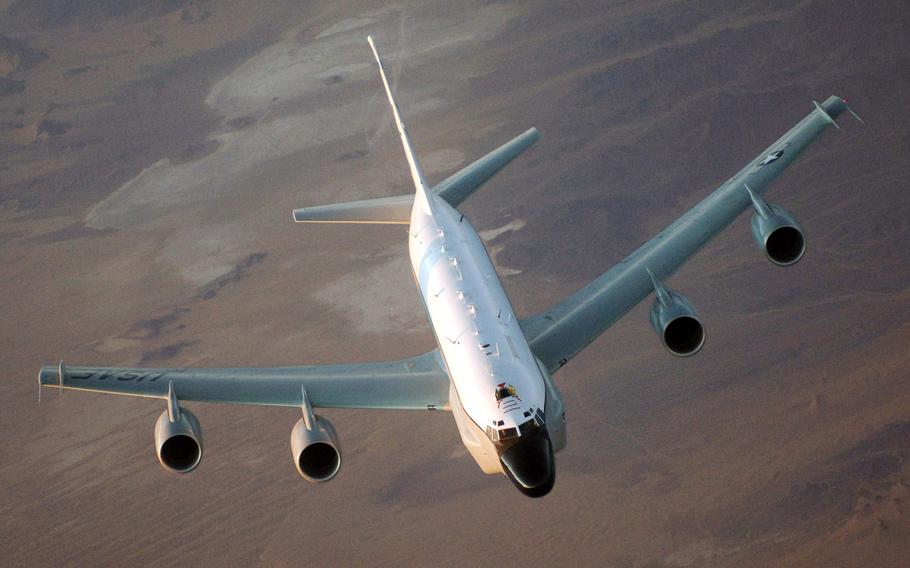 STUTTGART, Germany — A Russian fighter flew within “several feet” of a U.S. reconnaissance plane operating Monday over the Baltic Sea, a close military encounter that comes just one day after the U.S. Navy shot down a Syrian warplane.

“Due to the high rate of closure speed and poor control of the (Russian) aircraft during the intercept, this interaction was determined to be unsafe,” said Capt. Joseph Alonso, a U.S. European Command spokesman.

Russian intercepts of U.S. aircraft around the Baltic Sea have become almost routine in light of increased tensions between Moscow and NATO, which also frequently scrambles fighters to monitor Russian aircraft. In most cases such incidents are deemed business as usual, with planes keeping a safe distance from one another.

“What differentiates it is this one was determined unsafe by the aircraft commander,” Alonso said.

EUCOM said an Air Force RC-135 was flying in international airspace when a Russian Sukhoi Su-27 Flanker flew within “several feet” of the American jet.

On Sunday, U.S. Navy F/A-18E Super Hornet shot down a Syrian Su-22 that the Pentagon said posed a threat to U.S.-backed militiamen fighting against the Islamic State group. Moscow, a backer of the Syrian government, lashed out in response and threatened to track and potentially target U.S. aircraft operating west of the Euphrates River. It was unclear whether Russia’s maneuvers on Monday over the Baltics were a reaction to the strike a day earlier in Syria.

Moscow too has complained about NATO planes flying close to its airspace. Earlier this month, it said a Norwegian P-3 Orion patrol plane intercepted over the Barents Sea was flying with its transponders turned off and posing a danger to civilian air traffic.

NATO, meanwhile, has accused Russian planes of often flying without their transponders turned on.

Still, intercepts are considered standard practice over international waters, and when conducted safely are regarded by some commanders as a beneficial training opportunity.