Russia, US concede close call between aircraft was riskier than reported 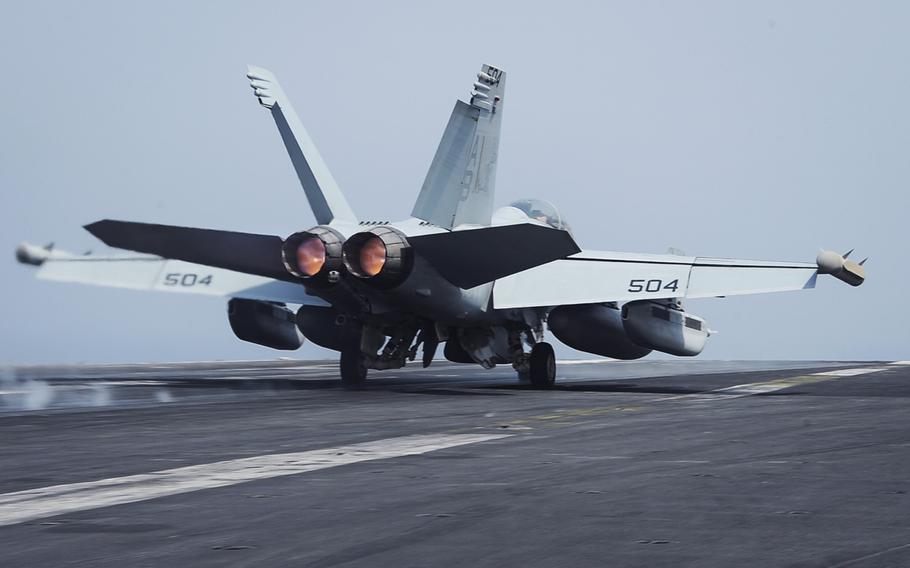 WASHINGTON — Russian and U.S. officials conceded Wednesday that a recent close call between their aircraft in the skies over Syria was more dangerous than originally reported.

Col. Steve Warren, a spokesman for Operation Inherent Resolve, said Tuesday that Russian and U.S. jets on Saturday flew within 20 miles of each other. On Wednesday, the Russian defense ministry released a statement that the distance between the jets was closer to 2 miles.

The admission was made as the U.S. and Russia held their third discussion on flight safety guidelines over Syria and came closer to an agreement.

The Russian defense ministry said in a statement on its website that the incident took place over Aleppo and one of the jets in “a group of Russian aircraft escorted by a Su-30SM fighter” targeting an Islamic State facility broke off from formation when the pilot detected “radio impulses of an unidentified aircraft.”

“The Russian aircraft reached the distance of about two to three kilometers,” the ministry stated. “There was no intention to scare anybody. The Russian pilot did that just in order to identify the aircraft.”

A U.S. official who spoke on background because he was not authorized to discuss the flight specifics acknowledged the run-in was considerably closer than the 10 to 20 miles first reported Tuesday at the Pentagon.

The incident was the latest of several close calls since Russia began an air campaign in Syria two weeks ago.

The U.S. defense official said U.S. and Russian talks on Wednesday represented the final steps before each side signs an agreement on flight operations over Syria. The official said the agreement would likely be signed in the coming days.

Russia’s entry into the Syrian air campaign has escalated tensions between the two nations and between Russia and the NATO alliance. Russia has said from the start that its air campaign is intended to attack Islamic State targets. The U.S. has challenged that assertion, arguing instead the targets are intended to take out rebel forces fighting Syrian President Bashar Assad’s regime in a civil war that began in March 2011.

“The Russians initially said they were going to fight [the Islamic State]” and other terrorist groups, Carter said in a speech at the Association of the United States Army’s annual convention. “However within days of deploying their forces, the Russians began striking targets that are not any of these groups. This is a fundamental strategic mistake – one that will enflame and prolong the Syrian civil war.”

The internal violence has devastated Syria’s 22 million people. Since the war began, more than 4.1 million Syrians have fled the country and another 7.6 million are internally displaced, leading the United Nations to call the exodus the “single largest refugee crisis” in the last 25 years.

Carter said the Russian airstrikes risk making this situation worse, and that while the U.S. would negotiate the basic rules of “air crew safety and professionalism” to protect pilots, “we will not agree to cooperate with Russia as long as they continue to pursue a misguided strategy.”

In its own news statement, the Russian ministry of defense suggested Saturday’s close call was actually much closer than the Pentagon had initially acknowledged, and the Russians said they felt obligated to talk about the “anxiety” the flights had caused.

“The presence of the Russian combat aircraft in the Syrian air space is absolutely legal upon the request of the official authorities of the Syrian Arab Republic,” the ministry said in its statement.