Rupp not yet ready to retire 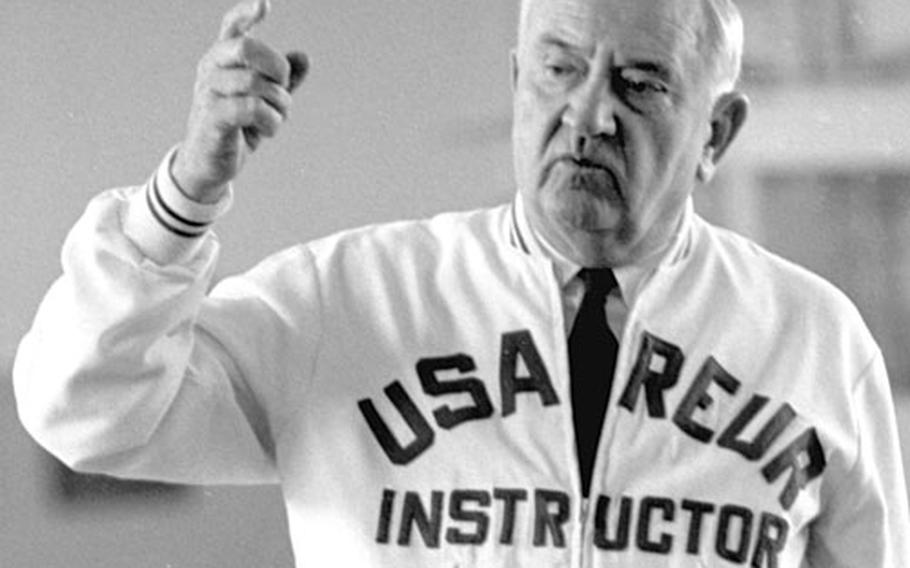 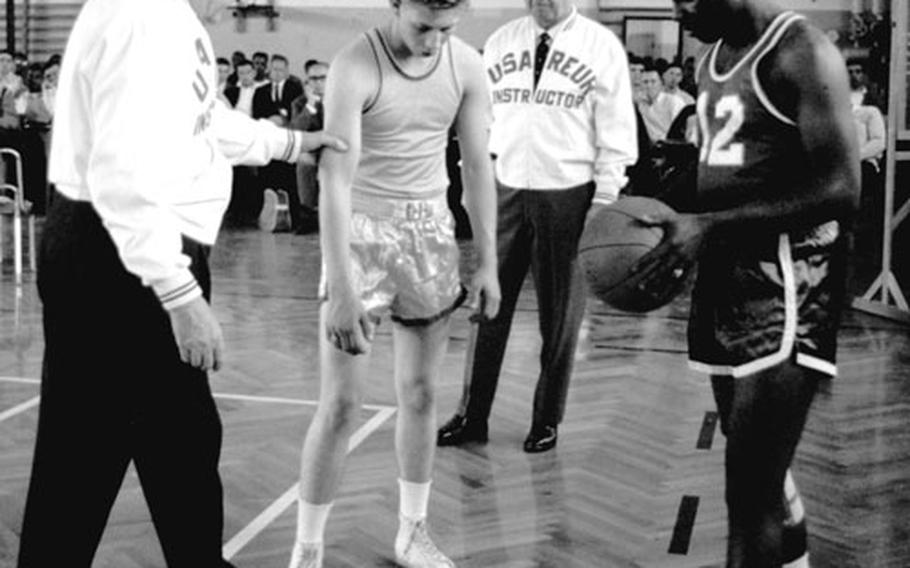 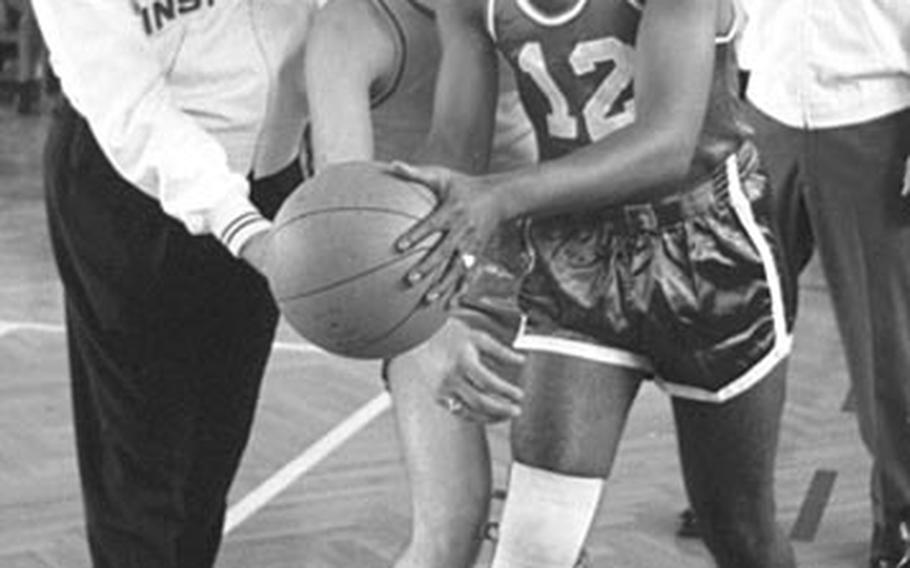 BAD KREUZNACH, Germany &mdash; Many basketball coaches around the country would gladly settle for a .500 season.

But not Kentucky's Adolph Rupp, the recognized Baron of Basketball and the winningest coach active on the collegiate scene today.

Opponents naturally chortled when the Wildcats wound up their worst season ever back in March with a 13-13 record but the smile is wiped out quickly when they think back over the years and take a look at the school's and Rupp's overall record for the past 37 years &mdash; 765 victories against only 165 setbacks.

Little wonder the drawling hardwood maestro is also regarded with awe by the 70-odd coaches attending the USAREUR clinic being held at Rose Barracks here this week. Most of the students are at least 30 years younger than the 66-year-old coach but to the man the name Rupp is virtually a household word, particularly if the topic is basketball.

Already a living legend, the undisputed boss of the Wildcats is certain to have a section all his own in the future history books of basketball. Rupp himself is not history yet and opponents can bemoan the fact that he's not about to quit.

Asked at the clinic here if he is considering retirement, the spry old Baron snapped back with a quick, "heck no." Then just to prove his point &mdash; despite a restless night due to an recurring intestinal bug picked up on a Middle East tour a couple of years ago and a hard fall while visiting Berlin last week &mdash; he grabbed a ball to demonstrate pass techniques and footwork.

Back to the podium he seemed to shock some of the coaches with the statement, "If you've got a troublemaker get rid of him." Talent or star status obviously isn't everything to Rupp.

Known as the "Man in the Brown Suit" because of his superstitious preference for wearing brown at a game, he is quick to tell anyone that the first thing he looks for in a prospective player today is "his grades." After that he adds, "quickness whether he's big or little."

This wasn't always the case as Rupp recalled one incident from past years to show how a player can be developed. "Spivey (Bill, a star at Kentucky in the late 40s and early 50s) came to us a gangling kid of 165 pounds. I told him, son if you can get up to 225 then we'll see what we can do.

"He went to work in a local drugstore and they were priming him with milk shakes including a raw egg four times a day. Well the weight kept going up and Spivey became quite a star."

For the record the 7-foot Spivey was one of 24 All-America players turned out by Rupp since he took over the reins at Kentucky in 1930.

Although he jokingly says now, "Why, I helped Naismith (James A., who invented the game in 1891) nail up that peach basket," Rupp has seen many changes in the sport and many of them he helped introduce.

"Shooting is a major difference. The one-handed and jump shots changed things a lot. And you need a better shooting percentage to win nowadays.

"The Fabulous Five (one of Rupp's most notable clubs from 1945 through 1949) got by shooting only a 35 per cent average. It takes between 48 and 50 per cent today depending, of course, on the other team."

Speaking of other teams naturally brought up the question of who is the best in the nation. "I would have to say UCLA," Rupp replied.

What about his own club for this year, particularly in view of his worst showing last season? "We'll go with sophomores. You just don't win with them." He obviously was talking about championships.

Prodded, Rupp admitted those sophs "could be real good" so Southeastern Conference as well as other opponents around the country can not count the Wildcats dead. Any tactician who has been named coach of the year four times and is noted for rebuilding quickly can't be taken lightly.

Rupp is being assisted at the clinic by his longtime assistant Harry Lancaster, who also has compiled a significant record with the freshman teams &mdash; 193 wins in 241 games over a 17-year span.

It was Lancaster who offered some figures to point up the popularity of basketball back in the bluegrass country. "We have been sold out for the past five years and this year, too, although the tickets don't even go on sale until Oct. 15. The new coliseum seats 12,000, but back in the Alumni Gym days we had to use an A and B ticket system &mdash; the As getting in for one game, Bs for the next.