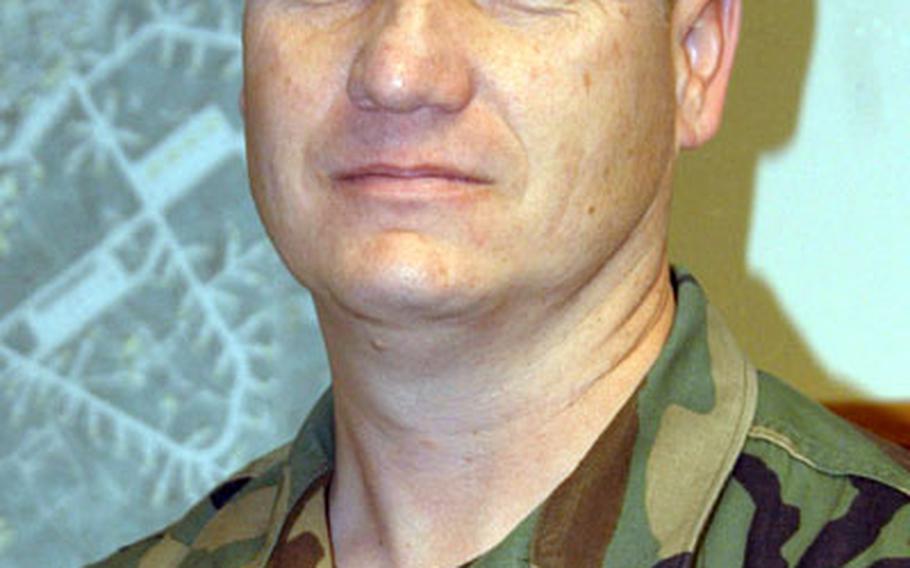 PYEONGTAEK, South Korea &#8212; Although he may not see it by Christmas, Air Force Master Sgt. Thomas Carrigan&#8217;s bank account soon will be a few thousand dollars bigger.

Carrigan, 42, of the 8th Fighter Wing at Kunsan Air Base, is electrical systems superintendent with the wing&#8217;s 8th Civil Engineer Squadron.

One night about two months ago, he e-mailed a cost-saving idea to the Air Force suggestion program IDEA &#8212; Innovative Development Through Employee Awareness.

He told the Air Force it could save money if it would replace incandescent light fixtures on Kunsan&#8217;s taxiway with LED fixtures. LED stands for light-emitting diode. The lights help pilots see the edges of the taxiway.

Each LED fixture would cost about a third less than the incandescent fixtures, Carrigan reasoned. It would consume less energy &#8212; four watts for an LED versus 45 watts for an incandescent. It would last far longer: An incandescent fixture needs replacing after about 90 days while the LED fixtures last five to 10 years. And the LED unit would emit a brighter, sharper light, making it more effective for pilots trying to keep within the taxiway.

By Carrigan&#8217;s calculations, the move could save the Air Force almost $1.5 million over 10 years.

Within days, the IDEA program e-mailed Carrigan with news that they&#8217;d accepted his suggestion for further review. Then they contacted Carrigan&#8217;s unit and asked some engineers to make their own calculations of how much money a switch to LEDs might save.

About two weeks ago, Carrigan returned to his office after lunch and checked his e-mail.

IDEA had adopted his idea.

To those whose suggestions it adopts, the IDEA program pays three percent of the estimated first year&#8217;s savings if the idea was from within the airman&#8217;s own job responsibility, and 15 percent if outside that job responsibility. Awards may not exceed $10,000.

For Carrigan, the LED idea was not new. He&#8217;d suggested it to officials at Whiteman Air Force Base, Mo., while stationed there in the winter of 2003. That base adopted the idea for its 500 or so taxiway lights, but Carrigan didn&#8217;t submit the suggestion to the IDEA program that time.

In all, Carrigan has pitched six ideas to the IDEA program during his 17 years in the Air Force. The program has adopted five of them, all for one or another kind of lighting improvement, and has awarded him a total of almost $10,000.

Kunsan plans to start installing the LEDs on the taxiway once funding becomes available, Carrigan said.