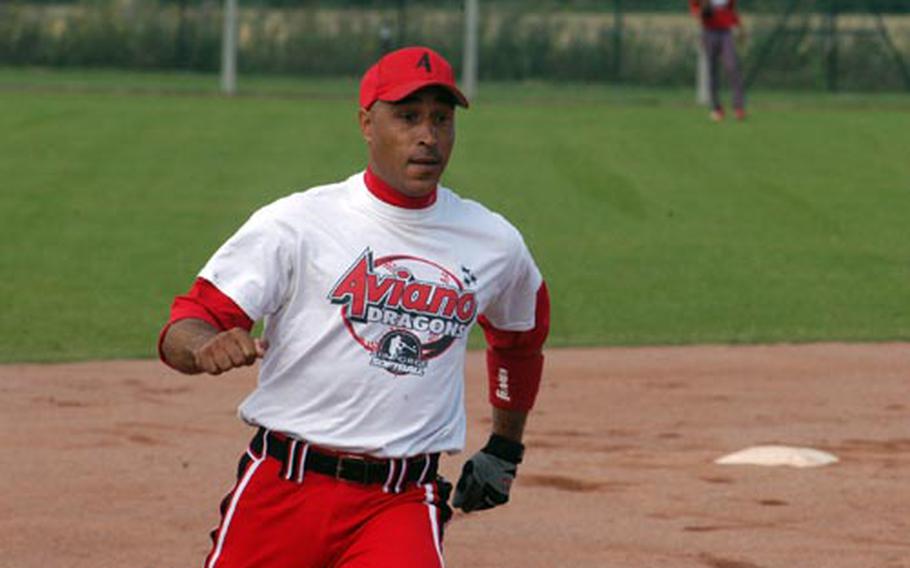 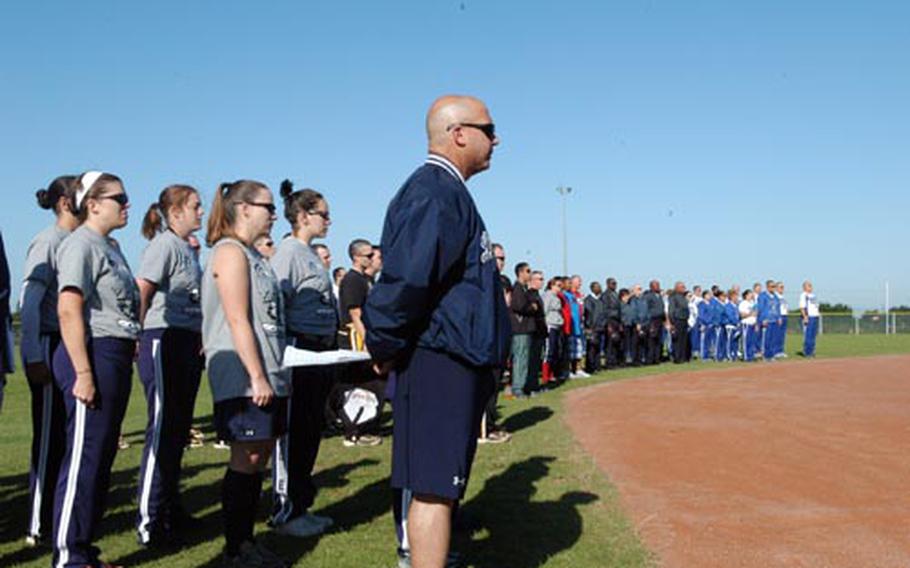 RAF LAKENHEATH &#8212; Softball fanatics from all over U.S. Air Forces in Europe converged on RAF Lakenheath last week to battle for bragging rights in the annual USAFE softball tournament.

Ten teams &#8212; six male and four female squads &#8212; took to the field Thursday morning to play that most American of games.

The teams started out in pool play then moved into a round-robin double elimination tournament, according to Lakenheath Master Sgt. Robert Sedberry.

In the end, the Aviano Dragons men&#8217;s team defeated the Spangdahlem Sabers 23-11, while the women of Lakenheath brought some home-team pride to the base, beating Aviano 10-3.

But many folks on the ground Thursday said the tourney wasn&#8217;t all about winning and bragging rights.

"The key to success is going to be whoever hits the ball," Berry said matter-of-factly. "Then the chips lay where they lay."

Senior Airman Ronrico Campbell came from Italy&#8217;s Aviano Air Base to play for one simple reason.