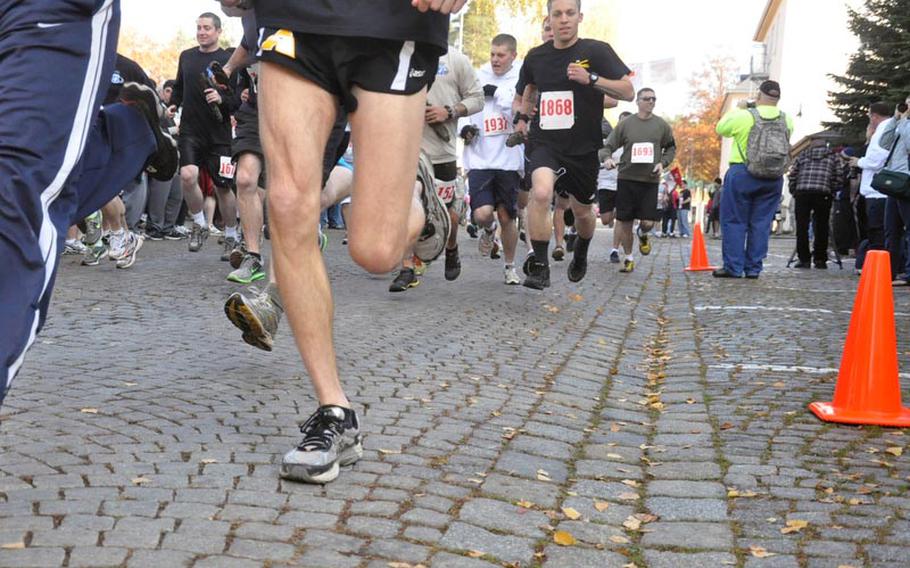 Runners participate in a 24-hour relay for the 173rd Airborne Brigade Combat Team&rsquo;s "Running of the Herd&rdquo; event on Warner Barracks in Bamberg, Germany. More than 50 teams, totaling about 440 runners started the race at noon Tuesday. The event commemorates the 1,792 soldiers from the 173rd who died in conflicts from Vietnam to the present, according to event information. The unit was established in 1963.