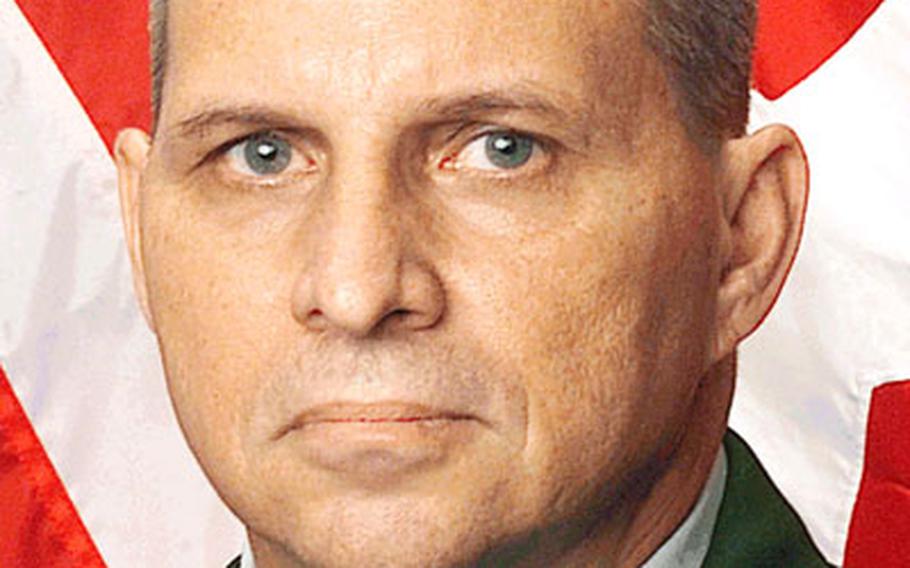 ARLINGTON, Va. &#8212; Defense Secretary Donald Rumsfeld on Thursday nominated Army Reserve Maj. Gen. Jack Stultz to get a third star and take over as the next chief of the Army Reserve.

Since January, Stultz has served as the Army Reserve&#8217;s deputy commanding general for Operations, Readiness, Training, and Mobilization at Fort McPherson, Ga.

If the Senate approves his nomination, Stultz would replace Lt. Gen. James Helmly, who will leave the post May 19 after a four-year tenure.

Before his current post, Stultz served as the commander of the 143rd Transportation Command, based in Orlando, Fla.

Stultz began his Army career as an active-duty officer. He served from 1974 to 1979, and then joined the Army Reserve while working as a civilian with Procter and Gamble in Orlando, Fla., where he worked as an operations manager for 25 years.

Stultz is a two-time veteran of the Middle East, having served in Desert Shield/Desert Storm and also in Kuwait with the 143rd Transportation Command, where he was deployed between 2002 and 2004 in support of Operation Iraqi Freedom.