Rumble on the river: All of England gripped by universities’ battle 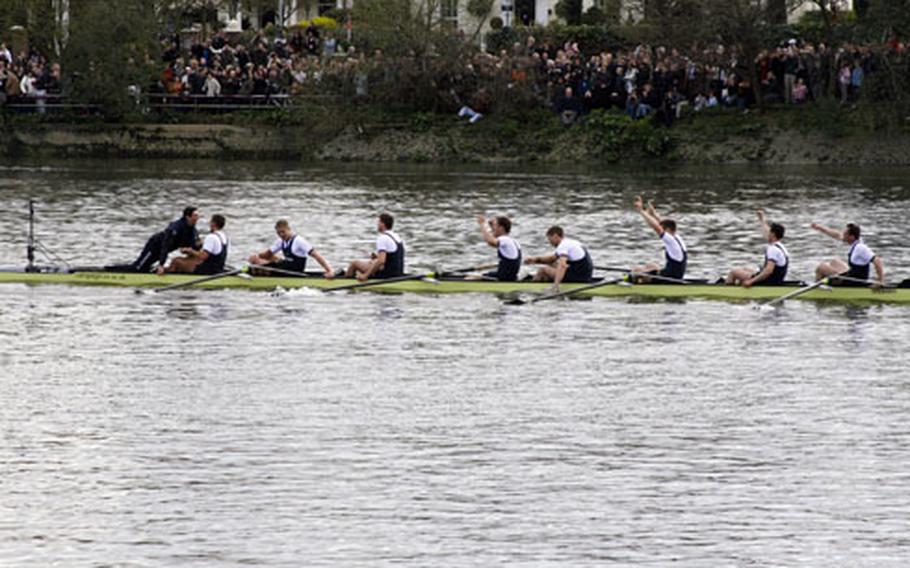 The Oxford University rowing team celebrates their victory against Cambridge just after crossing the finish line at Chiswick Bridge along the Thames in London as the crowd cheers and looks on. (Charlie Reed/S&S)

The Oxford University rowing team celebrates their victory against Cambridge just after crossing the finish line at Chiswick Bridge along the Thames in London as the crowd cheers and looks on. (Charlie Reed/S&S) George Bridgewater lifts the trophy that Oxford took home after the university boat race against Cambridge on March 29 along the Thames in London. (Charlie Reed/S&S) 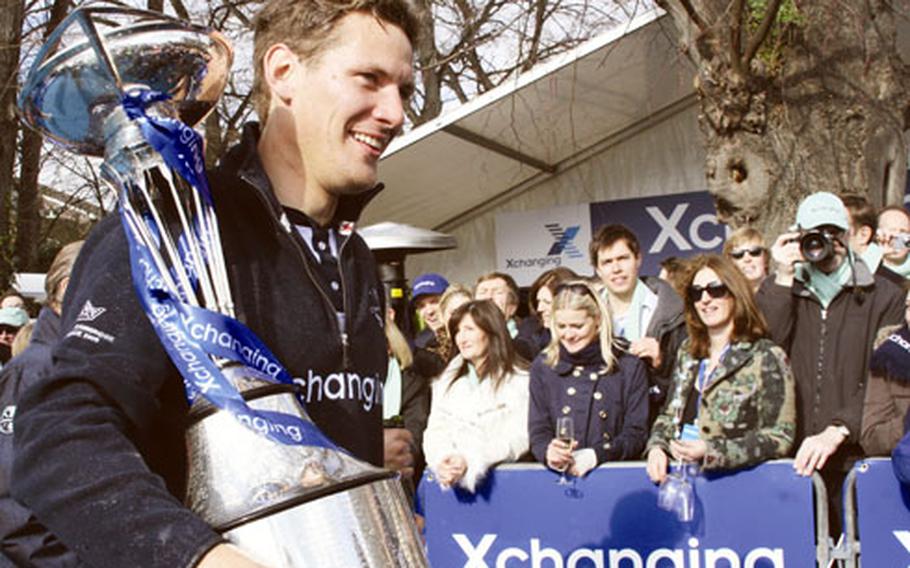 Sjoerd Hamburger walks through the crowd with the trophy. (Charlie Reed/S&S) American Alex Hearne helps fellow Oxford rower, Colin Smith, out of the Thames after the team members took turns throwing each other around in the water. (Charlie Reed/S&S) 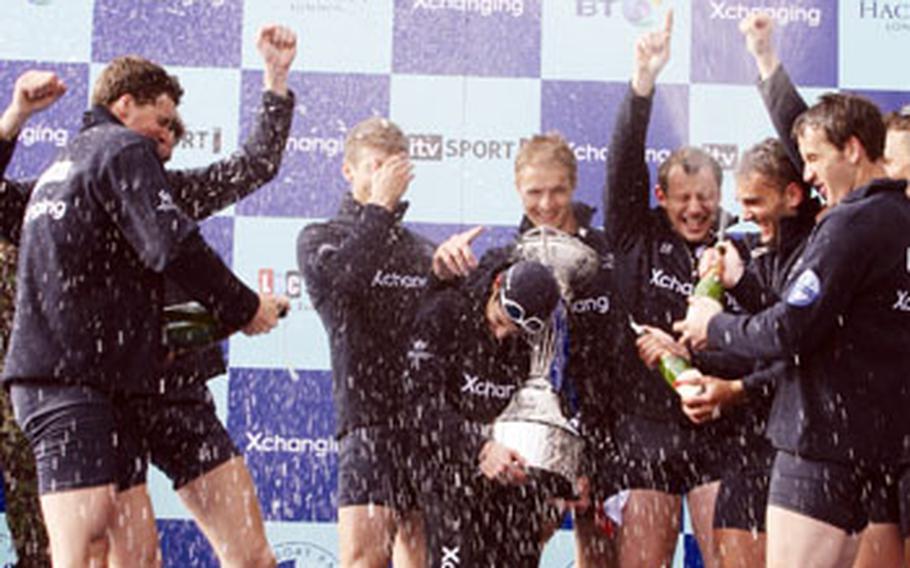 After winning the annual university boat race on March 29, Oxford rowers revel upon receiving their trophy, which they took turns passing around and even kissing in some cases. (Charlie Reed/S&S)

London &#8212; College sports are an institution in the States.

But it&#8217;s a different story in England. That is, except for one yearly contest that pits the country&#8217;s two most-famous schools against each other for a battle royale along the Thames.

And just like American fans who cheer hard for schools they did not necessarily attend, so too is the fanfare that accompanies the annual Oxford-Cambridge university boat race.

"On one day a year, everybody in this country is either Oxford or Cambridge," said American Alex Hearne, one of three Yanks on the winning Oxford team this year.

The rowing competition is a quintessential British event that attracts thousands of spectators along the riverbank from Putney Bridge to Chiswick Bridge. Millions also watch it broadcast live on TV.

This year, the four-mile race was close until the end when Oxford, with its heaviest crew in history, took a clear lead and powered through to the finish line at the March 29 event.

Cambridge fans seemed almost as dejected as the team, members of which shook hands with their Oxford opponents before quickly leaving the post-race party at Mortlake Anglian & Alpha Boat Club. After the obligatory "good game" encounter between the two teams, it was time to celebrate.

And that&#8217;s when the champagne began to flow, or spray rather. After dousing one another with bubbly, the team took turns passing around the trophy and posing for photographers and spectators gathered around the shore.

Not only does the Oxford-Cambridge race draw the attention of the nation but "rowing is like a real sport here," said Ben Harrison, another American rower for Oxford.