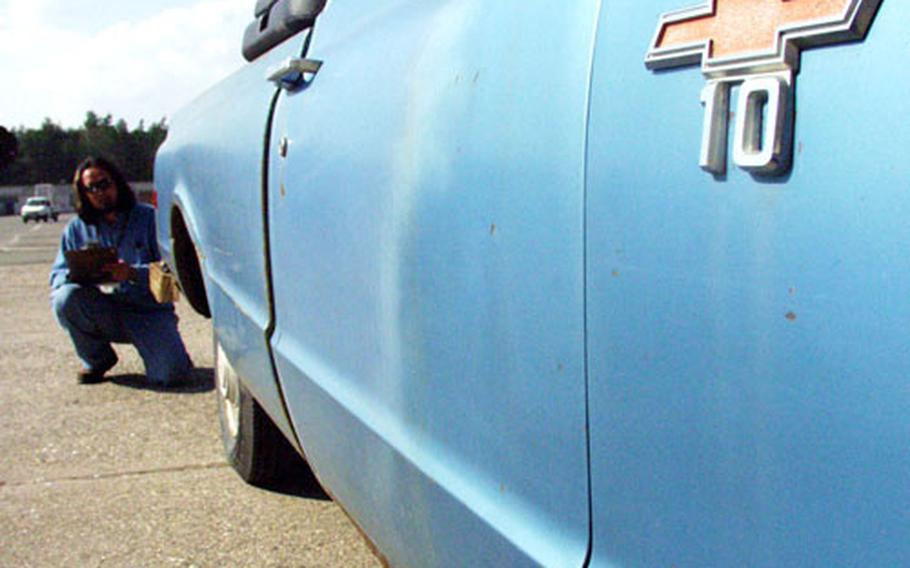 Some troops newly arriving in Germany will no longer have to pass the U.S. Army in Europe driver&#8217;s test before getting behind the wheel.

Newly arrived troops can apply for the temporary license through their chain of command in order to drive to inprocessing briefings required for all new USAREUR personnel, according to Michael Beldermann, IMA-E spokesman.

&#8220;These requests are processed through a local driver testing station on a case-by-case basis,&#8221; Beldermann said.

The new rule is one of many that took affect last month, according to an IMA-Europe news release.

Vehicles less than 6 years old must be inspected and registered every two years in line with German procedures. Prior to the change, all vehicles were inspected annually. Vehicles 7 years old or older must still be inspected once a year.Five-day temporary plate periods for vehicles that fail inspection have changed to a 30-day period.Successful completion of the Motorcycle Safety Foundation course is required for motorcycle licenses.The driver-testing procedures were changed by combining the international road sign and written tests into one 100-question test with 25 road signs and 75 written questions.The driver-study manual was rewritten to correspond to the new &#8220;Driving in Germany&#8221; training video.For DUIs and DWIs, breath- and blood-equivalency conversions were added so commanders and police can easily understand the differences between German and U.S. breath-testing machine results.The change to biennial inspections on newer cars applies to vehicles that were expected after July 2004, Beldermann said.

The rule changes do not affect U.S. armed forces personnel in other European countries, because forces in those countries have different status of forces agreements, he said.