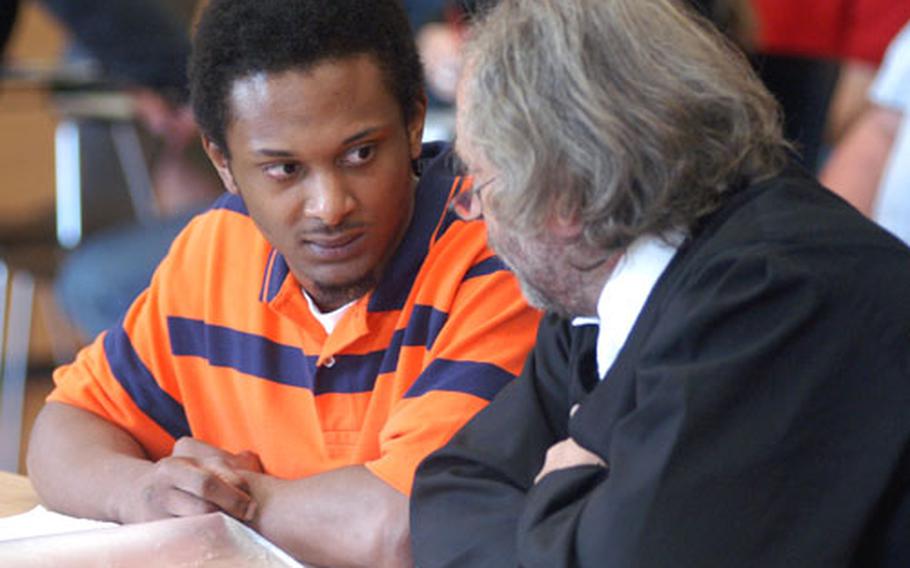 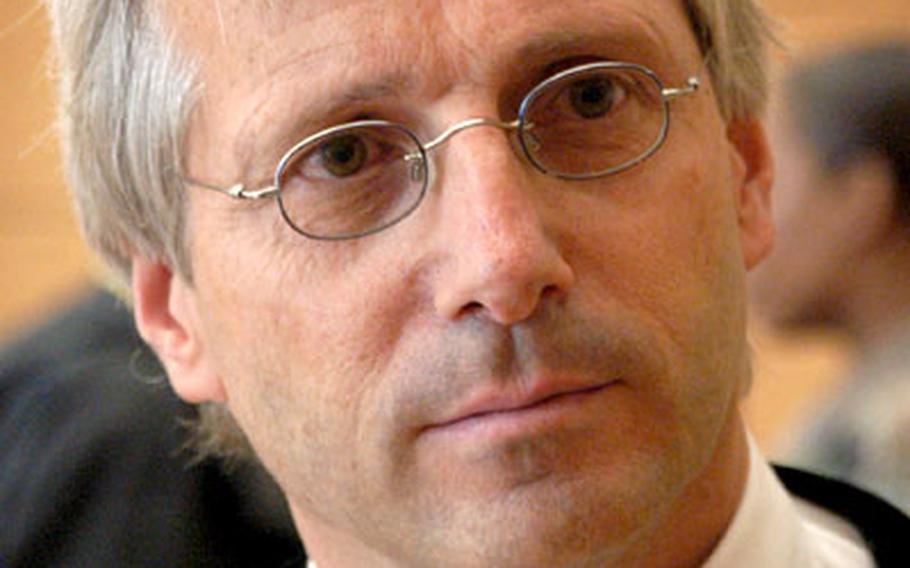 Erich Ohlenschlager, the prosecutor in the case. (Michael Abrams / S&S) 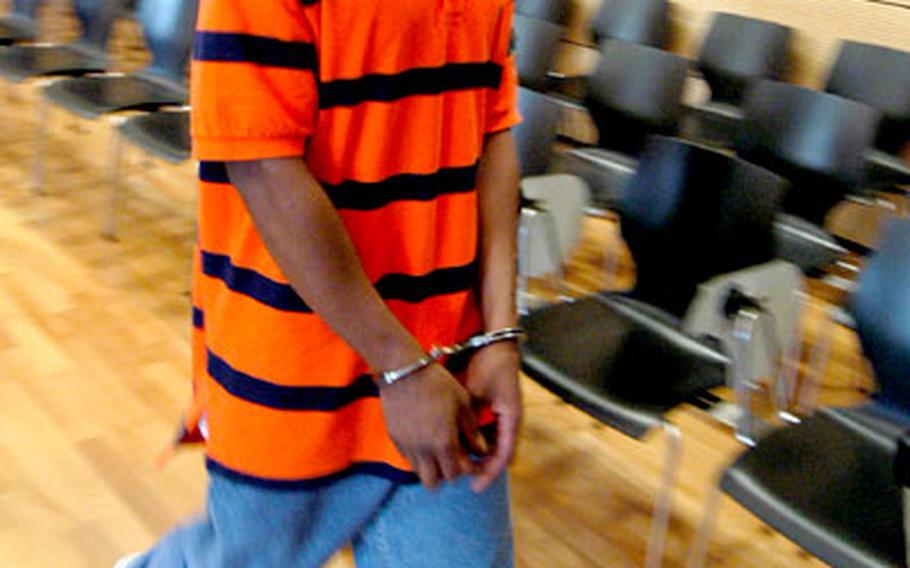 W&#252;RZBURG, Germany &#8212; Frustrated by his crumbling marriage and a pending rape charge, Vada Rucker angrily shook his crying infant son and accidentally hit him against a wall as he got ready for work on May 27, 2004.

That is what a German court ruled caused the death of 3-month-old Isaiah Rucker that morning. Although the court Wednesday cleared Rucker, 22, on homicide and negligence charges, it found him guilty of causing a physical injury resulting in death &#8212; similar to involuntary manslaughter in a U.S. court.

The panel of five German judges sentenced the former 1st Infantry Division soldier to four years and three months in the W&#252;rzburg jail.

Rucker didn&#8217;t speak to reporters, but Tuesday he gave a brief statement to the court.

During four days of testimony over two weeks, witnesses &#8212; including Rucker &#8212; described his stormy relationship with his wife, Spc. Corrine Montanez, and his three-year affair with a German woman. While several witnesses said Rucker angered easily and may have hit his wife, none had seen him harm the baby.

Rucker was dismissed from the Army in July 2003 after knocking Montanez unconscious during a scuffle when she caught him in bed with his girlfriend. Montanez was pregnant with Rucker&#8217;s child, and they married in the United States that fall.

He then returned to Germany. A week before Isaiah&#8217;s death, he learned that a soldier in his former unit had accused him of rape.

On May 27, Rucker testified, Montanez had risen at 4 a.m. and given Isaiah a bottle. She woke her husband at 4:35 a.m. and left 10 minutes later for W&#252;rzburg Army Hospital because she felt ill. Between 5:05 and 5:11 a.m., the couple exchanged three frantic phone calls because, Rucker said, the baby was spitting up milk and blood. He rushed the baby by car from their off-base house to the hospital, but the baby was pronounced dead at 5:25 a.m.

A pathologist said Isaiah had suffered three fatal skull fractures inflicted deliberately within two hours before his death, leaving Rucker and Montanez as the only suspects. Rucker was jailed and charged because he had last cared for the baby.

based 67th Combat Support Hospital, transferred to a unit near her home in New York. She has since left the Army.

In closing arguments Tuesday, prosecutor Eric Ohlenschlager argued that Rucker must have killed Isaiah. It seemed unlikely his wife could have inflicted fatal injuries on the baby while her husband slept, yet left the child calmly drinking its bottle on the bed.

Norman Jacob, Rucker&#8217;s lawyer, argued that Montanez most likely killed Isaiah. He said she had spent more time than Rucker with the child that morning, that she had previously assaulted and threatened Rucker&#8217;s girlfriend, and that she had lied to investigators about the case. She left Germany within weeks of Isaiah&#8217;s death and didn&#8217;t attend the trial.

Afterward, Jacob said he would appeal the verdict. Normally, Rucker would serve about half his sentence before being deported to the United States. But Jacob said he could stay longer because of the unresolved rape charge.

He will not be returning to his wife. In a phone call to Stars and Stripes on July 8, Montanez said she still grieves for Isaiah and had filed for divorce from Vada.