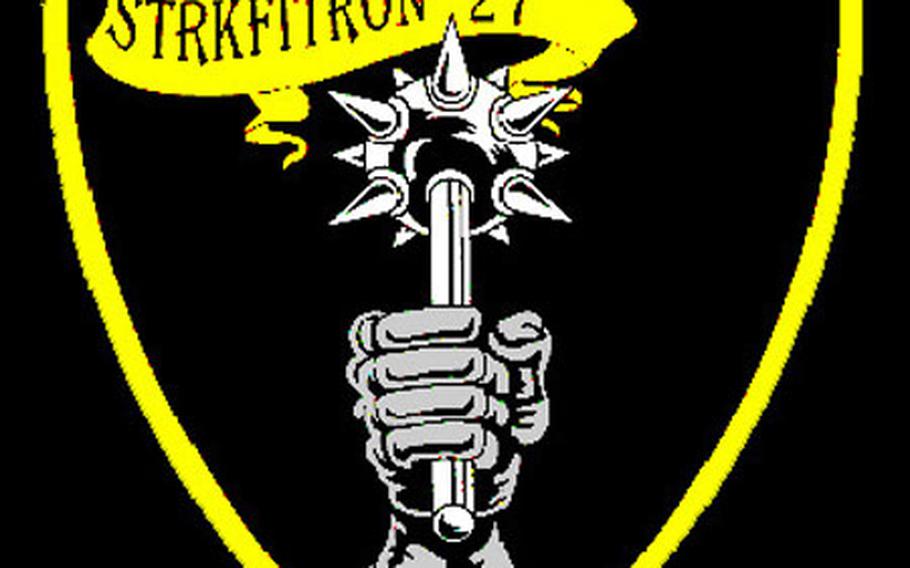 In a move Navy leaders said will strengthen the U.S. commitment to peace in Asia, a new squadron of F/A-18 Super Hornets is to arrive at Atsugi Naval Air Facility, Japan, next month.

Strike Fighter Squadron (VFA) 27, the Royal Maces, is in transition from the F/A-18A Hornet to the F/A-18E Super Hornet.

The squadron will return to Atsugi in late September after training in Lemoore Naval Air Station in California.

&#8220;Replacing the F/A-18C at NAF Atsugi with the F/A-18E demonstrates continuing U.S. commitment to peace and regional security through strengthened capabilities,&#8221; a news release stated.

The Super Hornet, the Navy&#8217;s newest strike fighter, is 25 percent larger than its predecessor, the F/A-18; it offers increased range, greater endurance and more powerful engines and can carry more payload, according to the Navy.

In 1991, the squadron switched to the then-new F/A-18A Hornet and sailed aboard the USS Kitty Hawk throughout the Pacific and Indian oceans. The squadron moved to Atsugi in 1996.

VFA-27&#8217;s change is part of a gradual evolution in Carrier Air Wing 5, which is assigned to the Kitty Hawk, Navy officials said.

Navy leaders also announced that the Fighting Redtails of Sea Control Squadron (VS) 21, which flies the S-3B Viking, will be decommissioned in January. A replacement has not been announced.

Other aircraft in the wing will take over some of the S-3&#8217;s roles, officials said, including refueling and antisubmarine warfare.

During retraining at Lemoore, the Royal Maces remained headquartered at Atsugi.

The change won&#8217;t affect the number of people assigned to base or the squadron size, officials said.