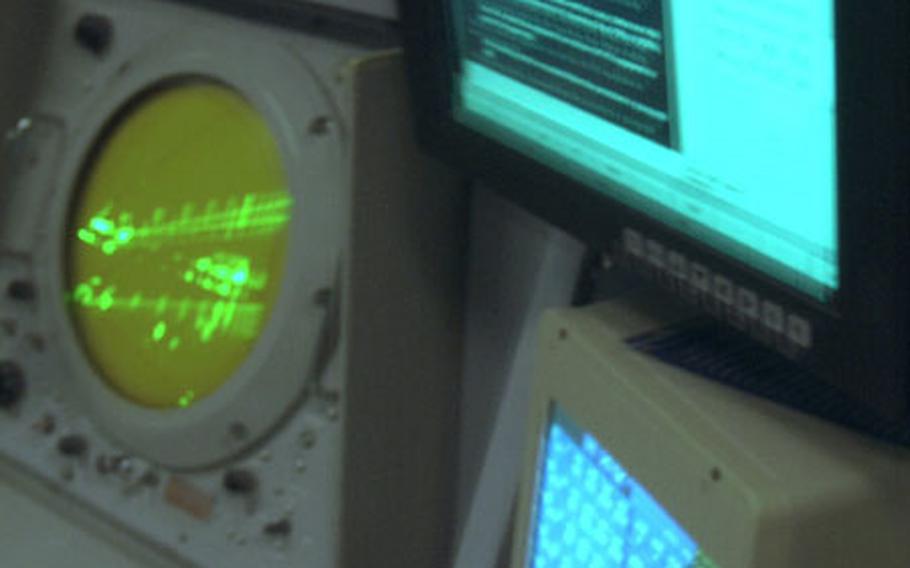 They have glowing push buttons, large knobs and black-and-green blip radar screens that recall a time when bell-bottoms and tie-dyed t-shirts were considered hip and groovy.

But air traffic control centers throughout the military are getting an overhaul that is more geared to the new generation of controllers reared on video games and the Internet.

A new system that is touted as more efficient, safer and secure has replaced the old equipment from the 1960s in Rota, and controllers are thrilled. The base unveiled the $2.5 million upgrade to the Air Traffic Control Facility and tower on Thursday.

Controllers began using the Federal Aviation Administration-approved Standard Terminal Automation Replacement System, or STARS, on July 15. The equipment uses off-the-shelf technology but it is leap forward for those who manage air traffic around the base.

The entire system is automated.

Brian Wottowa, a project engineer with the Charleston, S.C.-based Space and Naval Warfare Systems command, compared it to going from playing the classic video game Pong to plugging in an Xbox.

Controllers work from a larger building next to the old one.

The new equipment includes a touch screen that allows controllers to pick and choose radio frequencies with ease and gives updated weather conditions.

Controllers will no longer have to memorize volumes of numbers and information. Reams of procedures, including cheat sheets on the capabilities of aircraft, are at the controller&#8217;s fingertips and can be accessed simply by pointing to the selection on the monitor. Users can zoom in on the documents by tapping the screen.

Another monitor gives almost instantaneous information on every aircraft in the region, giving controllers a better picture of how close aircraft are to each other and how fast they are going.

And if the power goes out, a new backup generator comes on immediately and can provide 72 hours of power.

The system also offers better training for controllers. A new simulator will help the base&#8217;s 42 controllers brush up on their skills.

The air traffic control system upgrade includes a refurbished tower. Controllers in the Radar and Air Traffic Controller Facility and the terminal&#8217;s tower will eventually move into a new facility. It is a part of a $75 million project to improve air operations and building additional parking spaces for large-body cargo aircraft.