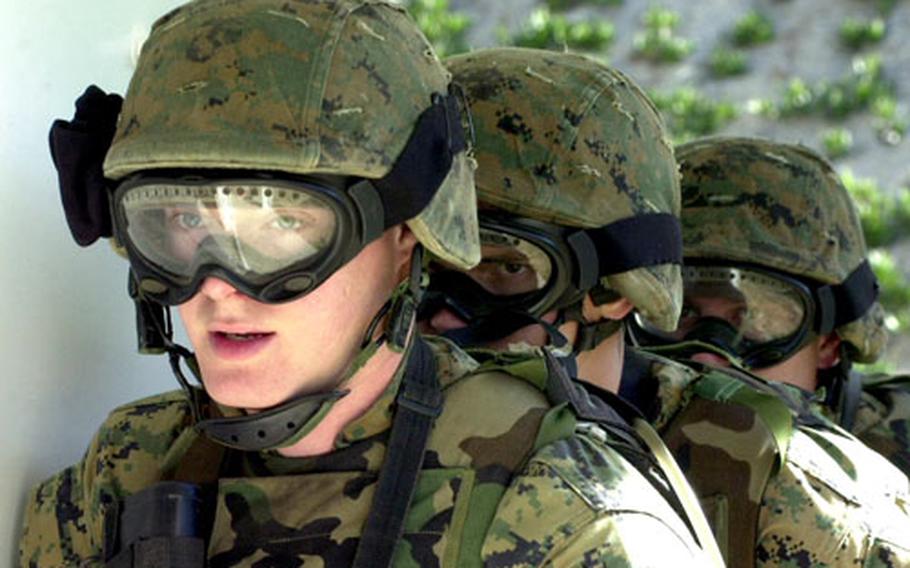 Marines from Marine Corps Security Force Company Europe prepare to storm and clear a room at Naval Station Rota, Spain. Marines are honing their skills on a new live-fire facility on base. Several other new training facilities will help troops hone their skills. (Photos by Kent Harris / S&S)

Marines from Marine Corps Security Force Company Europe prepare to storm and clear a room at Naval Station Rota, Spain. Marines are honing their skills on a new live-fire facility on base. Several other new training facilities will help troops hone their skills. (Photos by Kent Harris / S&S) 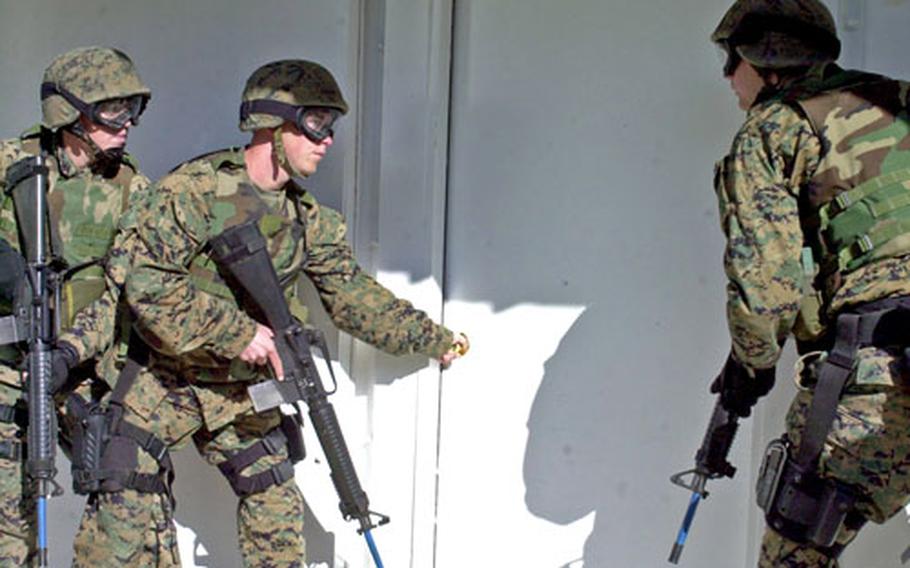 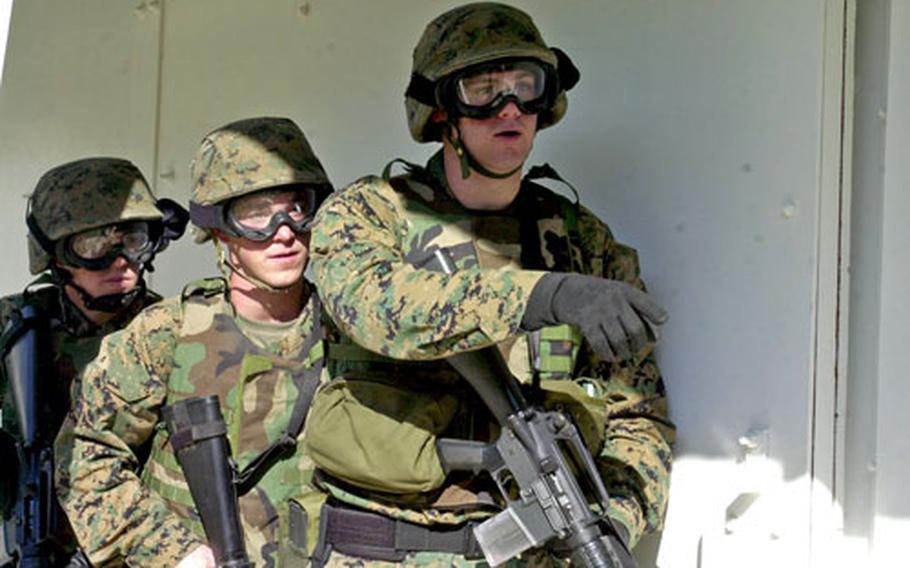 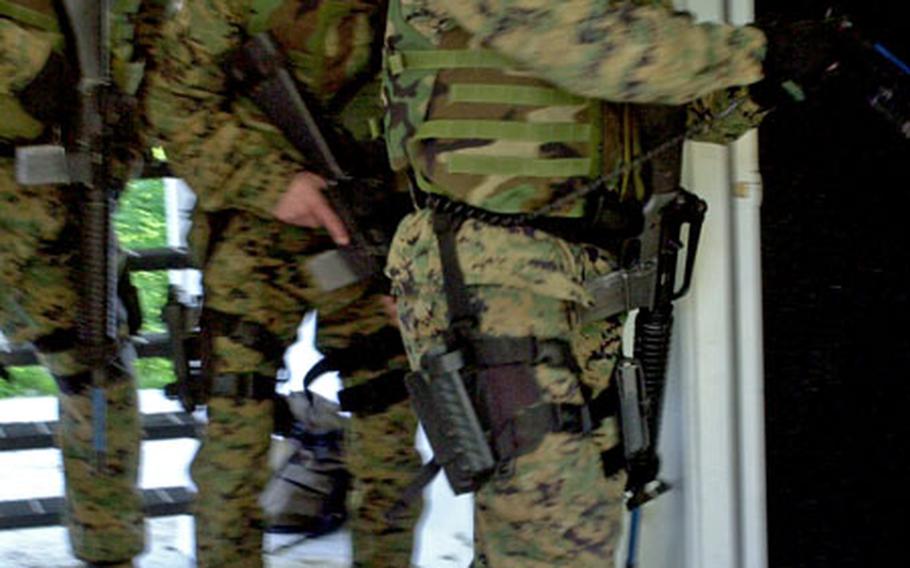 NAVAL STATION ROTA, Spain &#8212; The Marines lined up outside the door with ski goggles on, their rifles loaded and intense, anxious looks on their faces as if they were entering the gates of hell.

No matter that this was just practice and the bad guys waiting for them inside were just cardboard silhouettes.

They wanted to clear their room the right way as the platoon commander watched overhead from a catwalk.

&#8220;Tango down! Tango down!&#8221; one Marine said after he shot one of the targets from behind a piece of furniture.

The training run through the newly built live-fire facility last Thursday aimed to help Marines practice seizing an embassy or U.S. building taken over by terrorists. Although they routinely brush up on their building-clearing skills, the facility &#8211; known to Marines as a shoot house &#8211; added realism and variety to the exercise.

The new facility is just one of several new projects that will help members of the Rota-based Marine Corps Security Force Company Europe improve their tactics and skills.

The company, which has roughly 200 Marines, can be called upon to help protect ships passing through the Strait of Gibraltar or help augment security forces at Navy bases in Europe. In addition, the company&#8217;s Fleet Antiterrorism Security Team, or FAST, must be ready to deploy on a moment&#8217;s notice to help guard embassies throughout Europe and elsewhere if needed.

Since the Navy consolidated Marine units from London and Naples, Italy, to Rota in 2002, the company has been in the midst of an overhaul of its training facilities and buildings.

Several projects are finished or will be completed this summer, including:

A small mock town, dubbed &#8220;Hogan&#8217;s Alley,&#8221; on about two acres of land on the east side of the base will help Marines practice how to deal with riots and polish their urban warfare training.A 50-foot rappel tower will help Marines practice leaving a helicopter by rope.An obstacle course made mostly of wooden beams and ropes that will test physical endurance and climbing skills. The course is right next to the tower.The company has been using the steel shoot house since December. The 10,000-square-foot building has six rooms with walls covered with a rubber material so that the Marines can fire simulated ammunition rounds, or &#8220;simunition&#8221; or some small-caliber rounds. A catwalk above the rooms allows squad commanders to get a bird&#8217;s-eye view of the drills.

Trainers can also modify the rooms and have Marines enter different doors or block of walls to mix it up. Before the structure was built, Marines walked through scenarios in an open field or used an abandoned building on base.

Maj. Frank Lugo, the company&#8217;s commander, spearheaded many of the projects since he took over almost three years ago. He said other units also will be able to use the shoot house and other facilities.