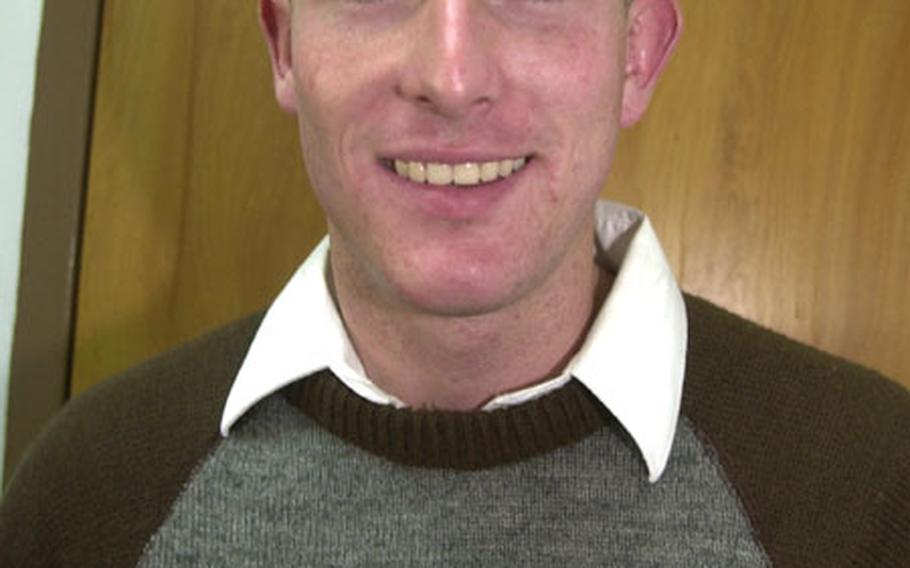 Petty Officer 3rd Class Keith Smith might have the strongest belly on the planet.

Smith appeared while he was on leave visiting his hometown of Walnut, Calif., which is near Los Angeles.

Producers had shown an interest in bringing him on show after Smith sent a tape of him guzzling Tabasco sauce and sucking down an entire tube of toothpaste. He had met members of the show about a year ago when they came to his previous duty station in Diego Garcia looking for military servicemembers with a unique talent.

And so a star was born.

During the show, Smith met both real estate icon Donald Trump and musician Dave Matthews of the Dave Matthews Band. Other special guests who appeared on the &#8220;Don&#8217;t Try this at Home&#8221; segment included a Pennsylvania man who hung fishhooks from his eyes and a California man who put his face on broken shards of glass.

Smith, now nicknamed &#8220;Guzzler&#8221; by his shipmates at the Naval Media Center, said he discovered his hot sauce-gulping skills while on a date in the 10th grade. While at a restaurant waiting for a glass of water, his date joked that he should drink the small bottle of Tabasco sauce sitting on the table. To be funny, he did it.

Years later, he has entertained party guests by downing large quantities of the high-octane stuff for bets and dares.

But his television appearance might be the last time he does the trick. He said he is giving up the sauce.

Chugging Tabasco before a long flight from California to Spain is not recommended, as he found out on the return trip to Europe.