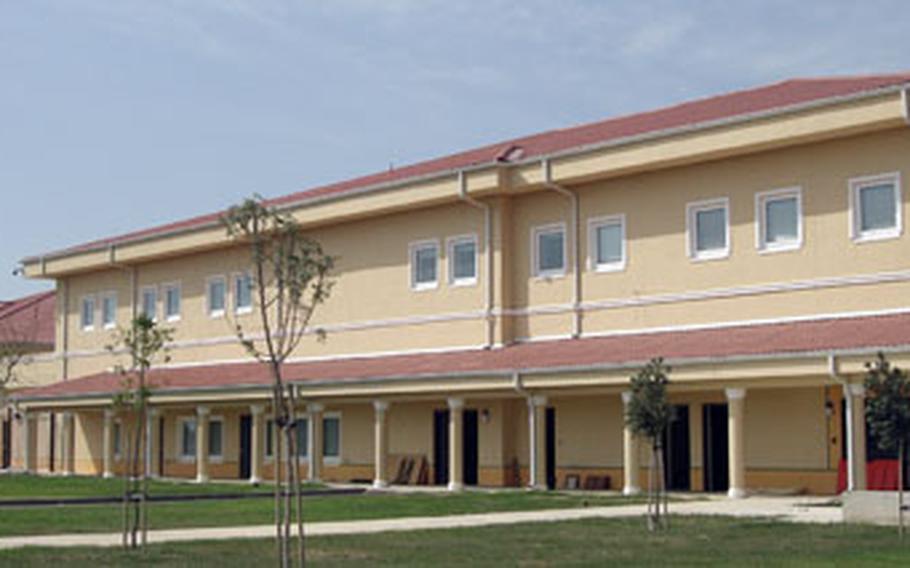 A new security complex at Naval Station Rota, Spain, replaces a handful of 1950s-era Quonset huts that peppered the base, scattered security personnel and made communications difficult.

&#8220;The new 36,000-square-foot security building replaces inadequate and outdated facilities that were constructed in the late 1950s for different functions,&#8221; Silk said.

The roughly $10 million complex is much more convenient for not only staff, but also for base customers who need to take care of business such as visiting the pass and ID office, firearms registration and vehicle registration, he said.

&#8220;The new dispatch center has American and Spanish [forces] sitting side-by-side, providing a better, more comprehensive dispatch service,&#8221; he said. The base is shared by U.S. and Spanish forces.

The new building, which opened for business Oct. 7, has detention cells that replace the old system in which security held someone in a barracks room, Silk said. &#8220;That took lots of manpower to guard, an extensive amount of manpower.&#8221;

The old buildings are slated to be torn down, he said.