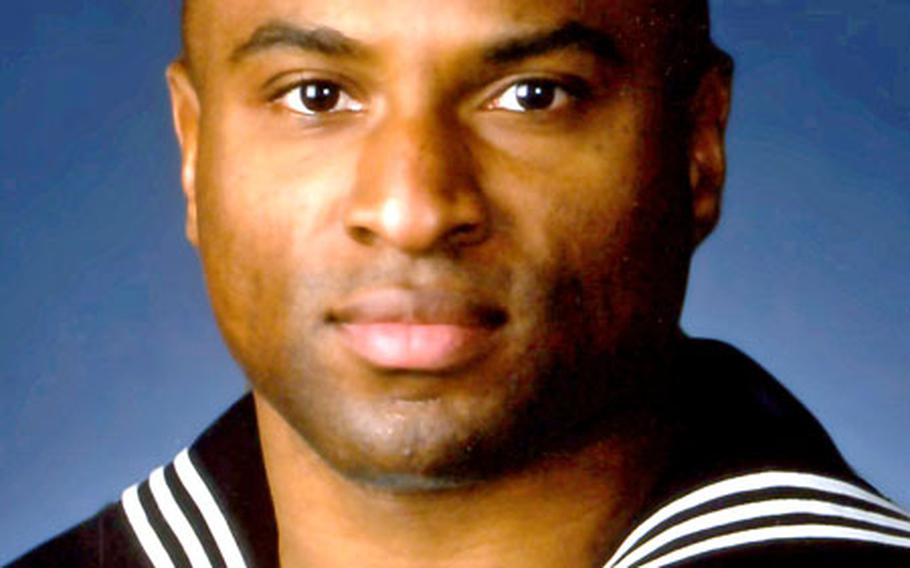 After a three-hour videotape on Navy boot camp in a recruiter&#8217;s office, he was hooked.

Good thing for the Navy.

Knight, a storekeeper with Rota&#8217;s Supply Department who juggles more than a half-dozen duties and volunteers in the community, has risen to become the top shore sailor in Europe.

Knight is the Commander, Naval Region Europe&#8217;s top sailor for 2004 and will compete with petty officers first class from other shore installations for the Commander, Naval Installations sailor-of-the-year award. If he is one of the five selected, he will then compete for the title of Chief of Naval Operations shore sailor of the year in Washington, D.C.

Those named the top sailors for all Navy bases are automatically promoted to chief petty officer.

Knight was born and raised in Los Angeles and went to college in Sacramento, Calif. During his first two years at Sacramento State College, he bounced between majors before joining the Navy.

Knight has served in the Persian Gulf and was stationed in Japan before coming to southern Spain, where he serves as the Supply Department&#8217;s shipping and receiving leading petty officer.

He also serves as a tax adviser for sailors, the department&#8217;s purchase card reviewing officer and the base mechanical handling equipment operator certifier. After work, he volunteers at the base elementary school for the After School Scholar program.

Knight and his wife, Christina have two sons, Christopher, 13, and, Joshua, 9.

Each year, the Navy chooses an Atlantic, Pacific, shore, and Reserve sailor of the year from sailors service-wide.