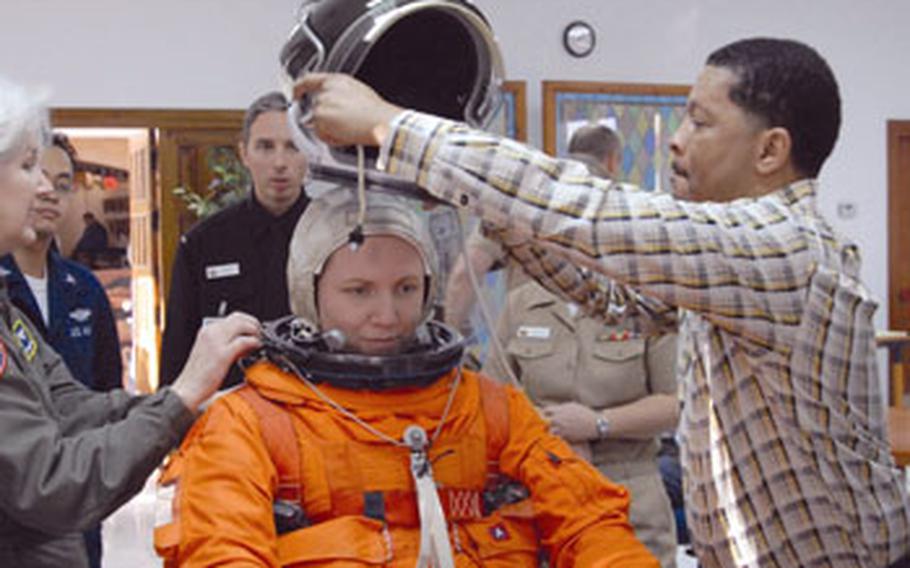 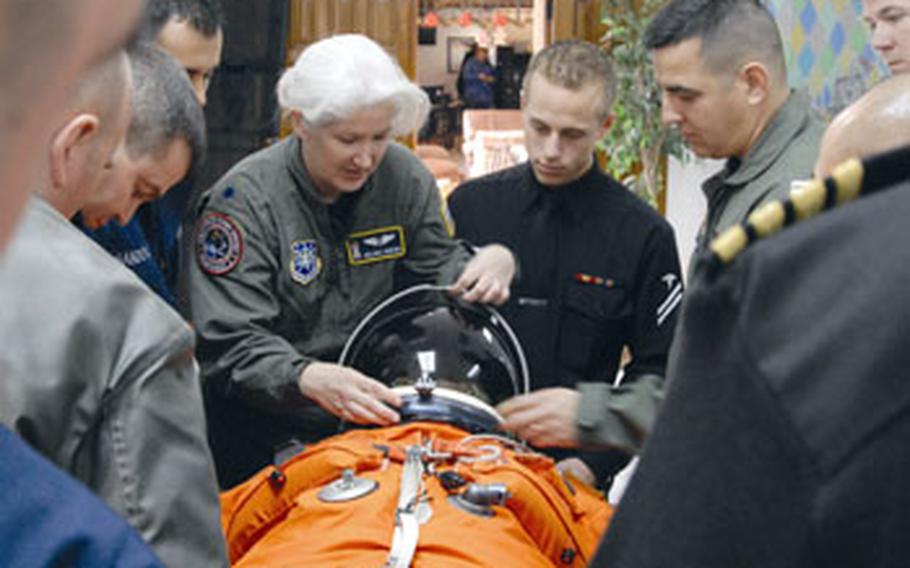 James Sandoval can burnish his resume with this unique skill: knowing the right way to cut a spacesuit off an injured astronaut.

"I have been interested in astronomy and astronauts since I was little," said Sandoval, a 3rd class petty officer. "The whole class is exciting, educational and fun for me. When I joined the Navy, I never thought that I would drive a ship, fly an aircraft or go to combat with the Marines, but I have. Now I can add training with NASA to that list."

A four-person medical team from NASA recently taught a medical response class to personnel stationed at Spain&#8217;s Rota naval base and neighboring Mor&#243;n Air Base. Personnel are gearing up for a NASA space launch scheduled for early next year.

Mor&#243;n &#8212; home to more than 100 U.S. personnel &#8212; is one of two emergency-landing sites, or Transoceanic Abort Landing sites, in Spain. The other is in Zaragoza, in the northeast. Medical personnel hail from Rota. More than four dozen similar sites are spread out across the globe to give NASA a last chance at saving the shuttle and the crew if something goes wrong.

"We don&#8217;t know when or if there will be another chance to learn from NASA, so it&#8217;s very important to get as many corpsmen, nurses and doctors as possible trained up to respond and to pass down the information," Bachand said.

Practice makes perfect, said a member of the NASA contingent.

"We want our students to have the best training possible," Dr. Philip Stepaniak, NASA Johnson Space Center medical operations branch lead for space shuttle medical and contingency operations, said in a press release. "Our goal is to make them familiar with our people, our equipment, our procedures and our communications, that way they can be confident to face whatever challenges come their way."