Rota-based doctor gets Bronze Star for work in Iraq 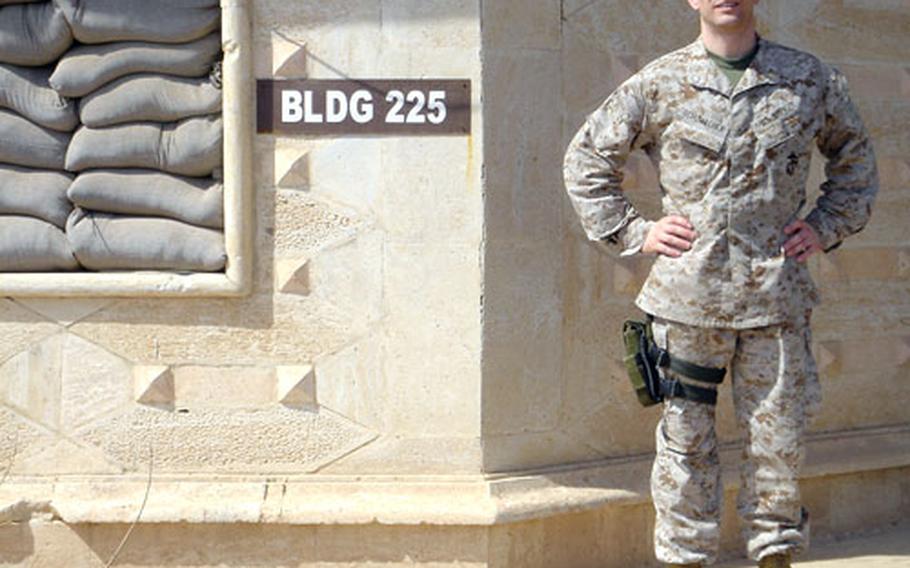 Dr. (Cmdr.) Bryan Schumacher stands outside of his living quarters at Camp Blue Diamond, Iraq, during his six-month deployment to the region. (Courtesy of Bryan Schumacher)

The medal was presented for Schumacher&#8217;s service in coordinating medical treatment and support services for Marines, soldiers and civilians during the deployment, which included the November 2004 Battle of Fallujah and the January 2005 nationwide elections.

While much of his duties were administrative or logistical in nature, the Kansas City, Mo., native did treat casualties from roadside bombs and mortar attacks.

During one mission, Schumacher was riding with 1st Marine Division commander Maj. Gen. Richard Natonski outside of Fallujah when a Humvee two positions ahead of theirs was hit by a roadside bomb, wounding the turret gunner.

Schumacher, who rendered aid to the Marine, said he believes his time in Iraq makes him a better doctor.

&#8220;His experience made him a more competent, diverse physician and more diverse officer,&#8221; he said.

Schumacher has been in the Navy for 14 years.