Rota airfield repairs to be done by June 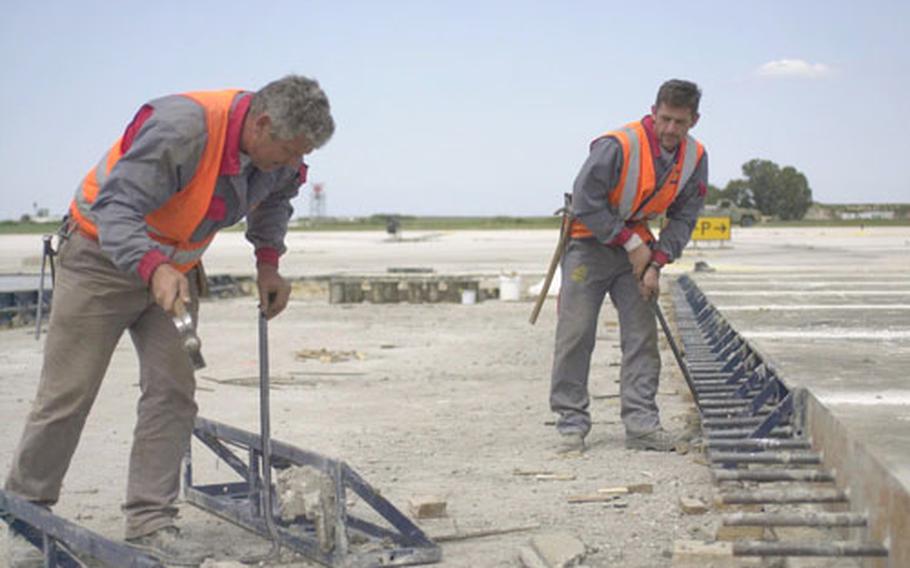 Spanish civilian contractors at Naval Station Rota, Spain, on Wednesday remove a frame around a section of concrete that has hardened. The military is spending $10.5 million to make runway and ramp repairs at Rota’s airfield. (Scott Schonauer / S&S)

Spanish civilian contractors at Naval Station Rota, Spain, on Wednesday remove a frame around a section of concrete that has hardened. The military is spending $10.5 million to make runway and ramp repairs at Rota’s airfield. (Scott Schonauer / S&S) 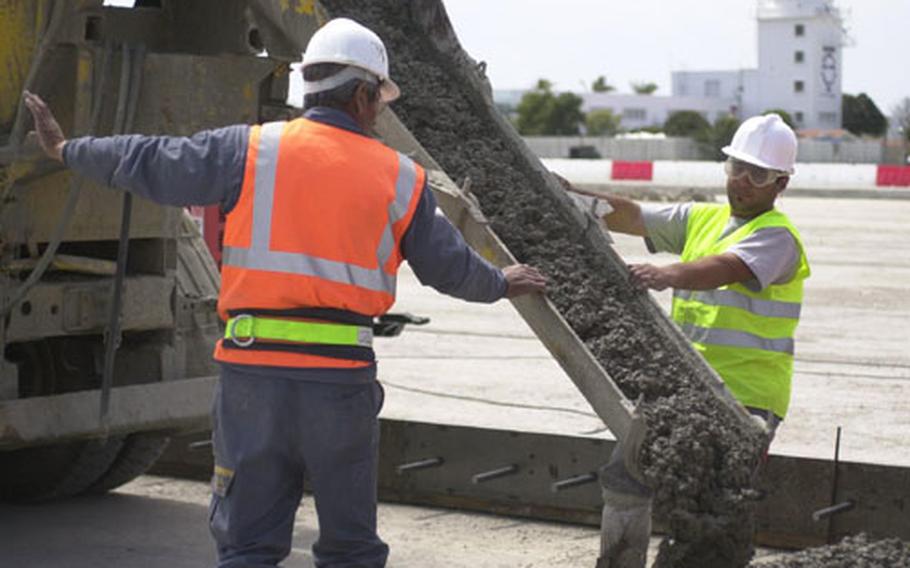 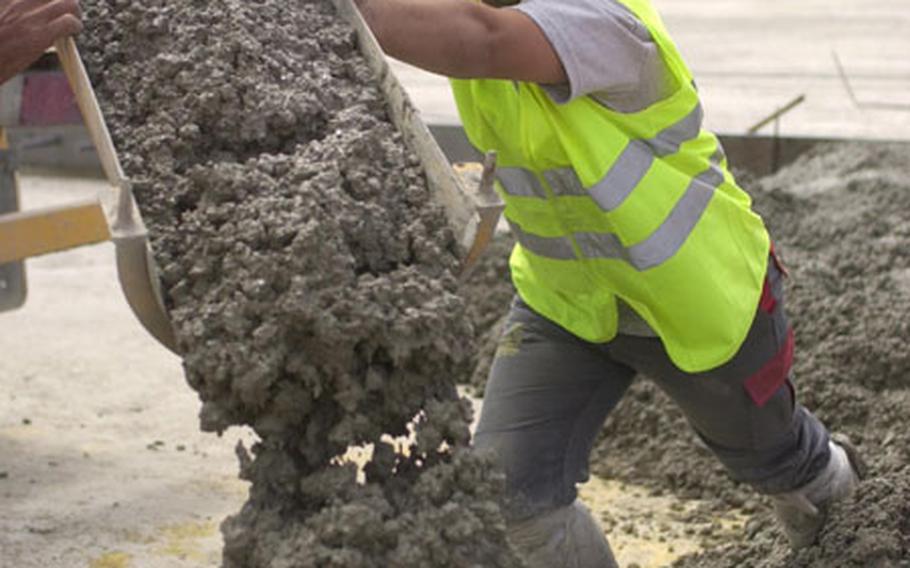 Civilian contractors are replacing crumbling sections of the approaches and repairing joints and cracks to the runway, taxiways and ramp. The project, which began in January, has made it difficult for pilots and air traffic controllers trying to keep air traffic flowing through the naval station.

&#8220;It&#8217;s just been really challenging,&#8221; said Navy Petty Officer 1st Class Dennis Chavez, an air traffic controller. &#8220;The controllers here have been working really hard trying to bust their brains to get aircraft in and out, trying to find parking for them.&#8221;

The naval station&#8217;s airfield became a hub for military cargo planes before and during Operation Iraqi Freedom. From January 2003 to April 2003, the base saw seven times more C-5 Galaxy cargo planes than the previous year, airfield statistics show.

The steady flow of C-17 and C-5 aircraft tore some sections of the airfield.

&#8220;You can definitely say the use from [Operation Iraqi Freedom] exasperated any problems that were there before,&#8221; said Navy Lt. Martin Dugal, the resident officer in charge of construction.

The airfield has remained open to flights except for a period between March 28 and April 3. During the closure, controllers diverted flights north to Mor&#243;n Air Base.

Some large cargo aircraft carrying heavy loads continue to fly to Mor&#243;n because Rota&#8217;s runway is shorter due to the construction. The project has temporarily shortened the runway, slicing nearly 4,000 feet off the length. For safety reasons, construction workers, pilots and air traffic controllers keep in constant contact.

Shutting down a large area near the tower last week will make it even trickier for air traffic controllers trying to find parking spots for all of the aircraft, Chavez said.

The Arlington, Va.-based Kellogg, Brown & Root Services is the lead contractor on the project and has hired Spanish subcontractors to do portions of the work.