Romanians welcome airmen to Constanta base 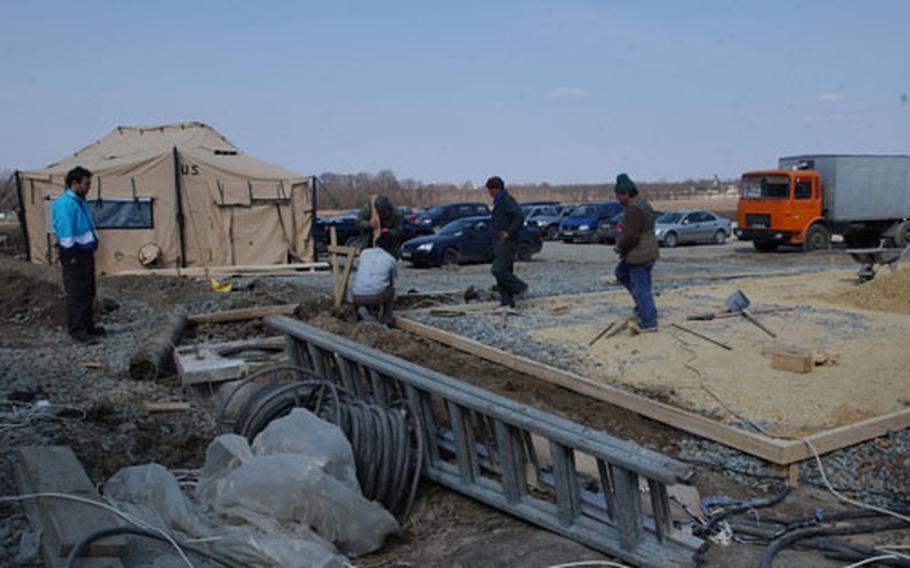 Workers are upgrading a base in Constanta, Romania, used by U.S. Air Force troops for an air bridge bringing supplies and personnel to support Operation Iraqi Freedom. (Courtesy of USAF)

Workers are upgrading a base in Constanta, Romania, used by U.S. Air Force troops for an air bridge bringing supplies and personnel to support Operation Iraqi Freedom. (Courtesy of USAF) 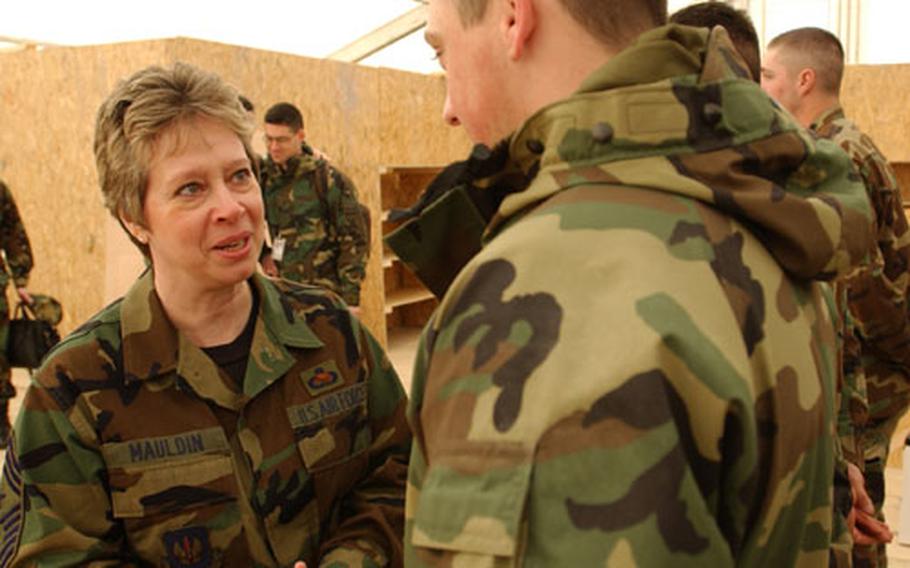 CONSTANTA, Romania &#8212; The people of Romania had a special welcoming party for U.S. Air Force troops when they arrived in the Black Sea town of Constanta last month.

&#8220;A bunch of prostitutes from Bucharest moved here, apparently expecting some business,&#8221; said 1st Lt. Kelley Jeter, a spokeswoman for the 458th Air Expeditionary Group. Even though the American airmen live in off-base hotels, however, they aren&#39;t allowed to mingle much with the locals due to force-protection concerns. The 458th AEG is operating an air bridge to supply troops and supplies to Operation Iraqi Freedom.

The arrival of some 2,500 troops at the base has generated a lot of attention in the local press as well. Jeter said she&#39;s constantly responding to queries from radio and TV station reporters, some of whom tend to play fast and loose with the facts.

For example, Jeter was organizing a press conference at the base recently to show off a dog and her puppies found in a drainage ditch that the military veterinarian had treated and vaccinated. The original story in the Romanian press was that the Americans had slaughtered stray dogs on the base and threw the mangled remains in a dumpster.

Jeter also is organizing an interview session with local media and several U.S. Air Force women, because Romania has very few females in its armed forces.

Romania isn&#8217;t the only former Eastern bloc country fascinated with the arrival of the Yanks. A newly minted Air Force tanker base in Burgas, Bulgaria, is always on the local news.

Public affairs officer Capt. David Kurle of the 409th Air Expeditionary Group said he hosts a press conference every week in the seaside town of about 200,000 people. Kurle also has appeared more than once on the local equivalent of the Larry King show answering questions about the Air Force mission.

The fascination works both ways, though. Air Force Reserve Maj. Jim Bahosh said he has spent a lot of time with Bulgarians at dinner affairs that go on for five or six hours at a stretch. He considers the social affairs important for diplomatic relations.

The former ICBM launch officer is still getting used to the fact that the Bulgarians are allies, not enemies.