Romania moving closer to base access deal with U.S. 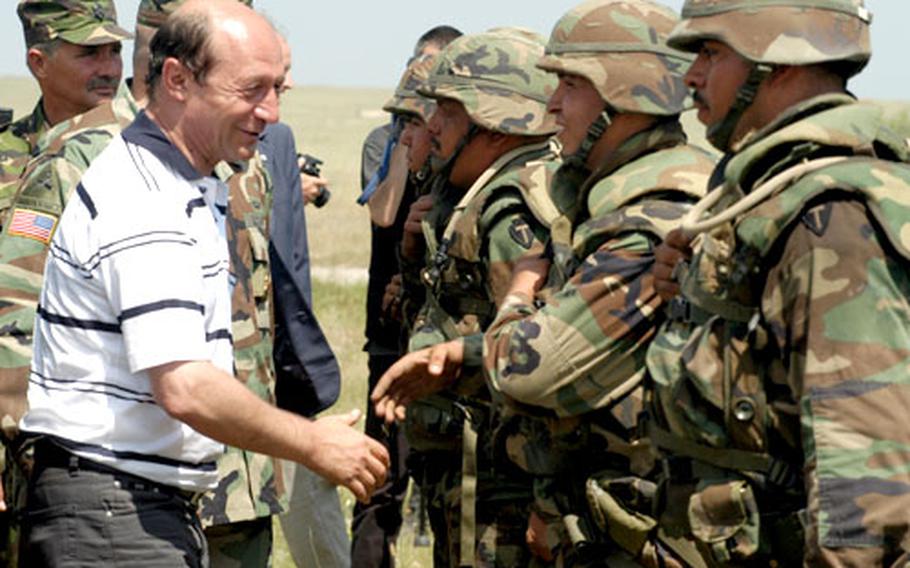 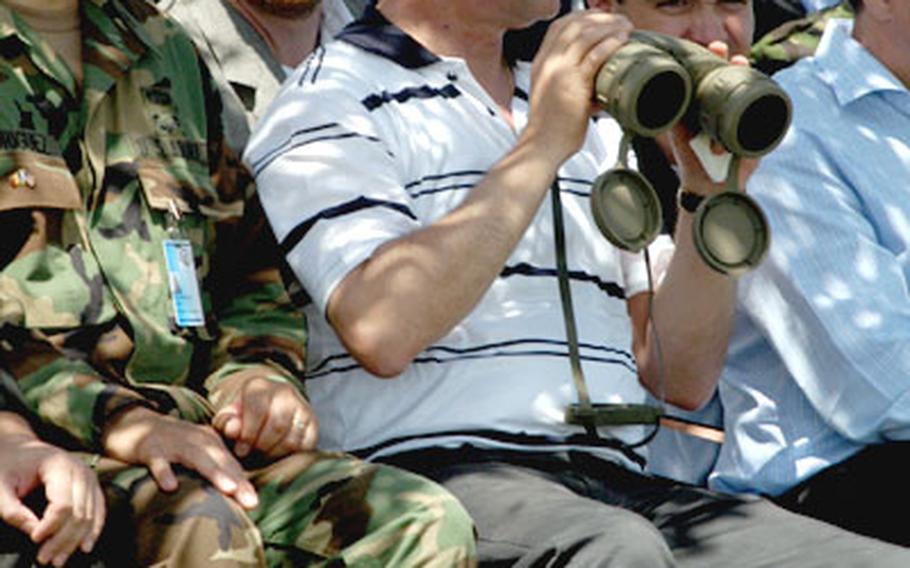 BABADAG TRAINING AREA, Romania &#8212; U.S. and Romanian officials are drawing closer to a deal that could give the U.S. military wide access to as many as five bases here, Romania&#8217;s defense minister said during a visit Sunday to an army training base.

An arrangement could be reached as soon as September, Defense Minister Teodor Atanasiu said in an interview with Stars and Stripes.

Atanasiu said he offered the United States five bases in a proposal that the Romanian government supports. He said U.S. officials are considering three of them, including Babadag, where 1,500 U.S. and Romanian soldiers are training this month. Also being discussed are the Mihail Kogalniceanu Air Base and a port in Constanta.

Romanian President Traian Basescu, who observed Sunday&#8217;s training with Atanasiu and U.S. military officials, said Romanian officials have offered to improve the infrastructure on the bases or allow the United States to do it.

They also will allow U.S. forces to use them as forward operating bases from which to deploy to other regions. The bases would be limited by their relatively small size, he said.

Within minutes of arriving by helicopter, Basescu, who speaks English, struck up conversation with U.S. soldiers, diverting from a strict schedule of events, said Sgt. Marius Ciubucciu, who traveled alongside the president as an interpreter for U.S. officials.

During his visit, the president shot about 20 rounds from an M-16 rifle, opened a Meals, Ready to Eat and watched a convoy-ambush exercise. Reporters were not allowed with him as he shot on the range.

Members of the Texas National Guard are at Babadag conducting annual training alongside Romanian troops in a two-week exercise called ROMEX &#8217;05

Romania is one of three top countries for U.S. military officials looking east for new bases to train soldiers and deploy them to other points. Bulgaria and Poland are the other two.

The 1st Armored Division headed training exercises in Romania and Bulgaria this month, using ranges and airfields where U.S. officials are trying to increase access.

Discussions between the United States and the two countries over base access started about two years ago.

Bulgaria&#8217;s deputy defense minister said earlier this month that he also expects to finalize negotiations by September to give U.S. forces greater access to bases there, including the Novo Selo Training Area and Bezmer Air Base, which were used in this month&#8217;s exercises.