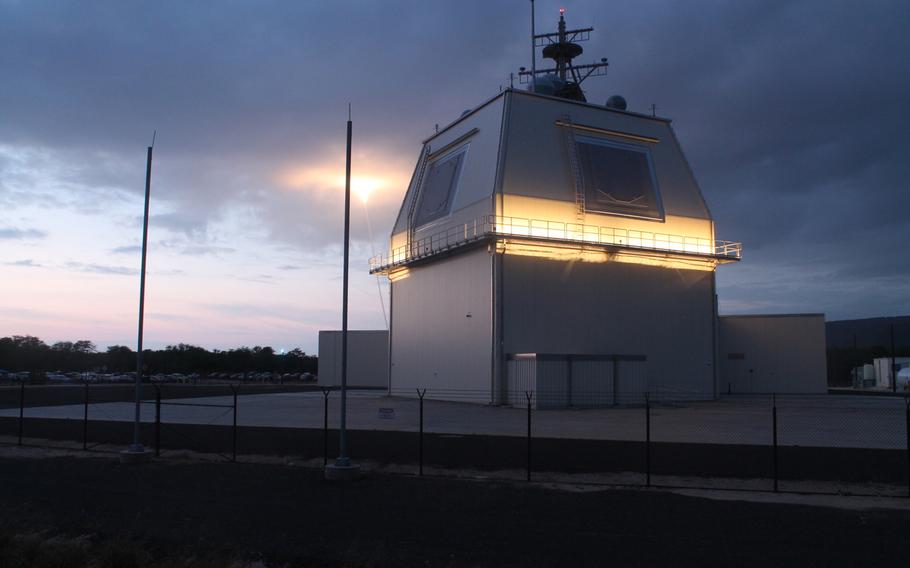 An SM-3 Block IB guided missile is launched during a test of the Aegis Ashore weapon system from Kauai, Hawaii, on May 20, 2014. (U.S. Department of Defense)

NAPLES, Italy — The Navy changed commanders at its missile interceptor site in southern Romania for the first time on Tuesday.

The interceptor system, developed by the Missile Defense Agency and employing an advanced radar system and 24 SM-3 missiles, was turned over to the Navy’s U.S. 6th Fleet, out of Naples, last month. The site is part of a larger NATO missile shield being developed by the U.S., which includes a radar facility in Turkey and four Aegis-equipped Navy destroyers based out of Rota, Spain. A second ground site is under construction in Redzikowo, Poland.

Russia opposes the shield and says the ground sites pose a threat to its strategic nuclear arsenal, a claim the U.S. says is technically impossible.

Construction at the 269-acre site is in progress. Craycraft will oversee roughly 200 military, civilian employees and contractors once the base is completed, but he does not have oversight of the missile system.