Rodriguez: Less aggressive posture is a necessary risk in Afghanistan 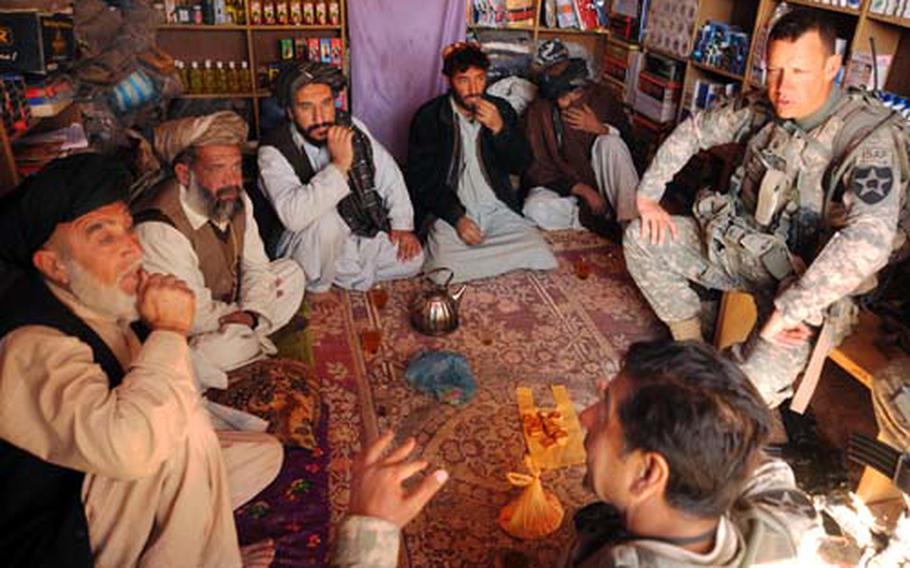 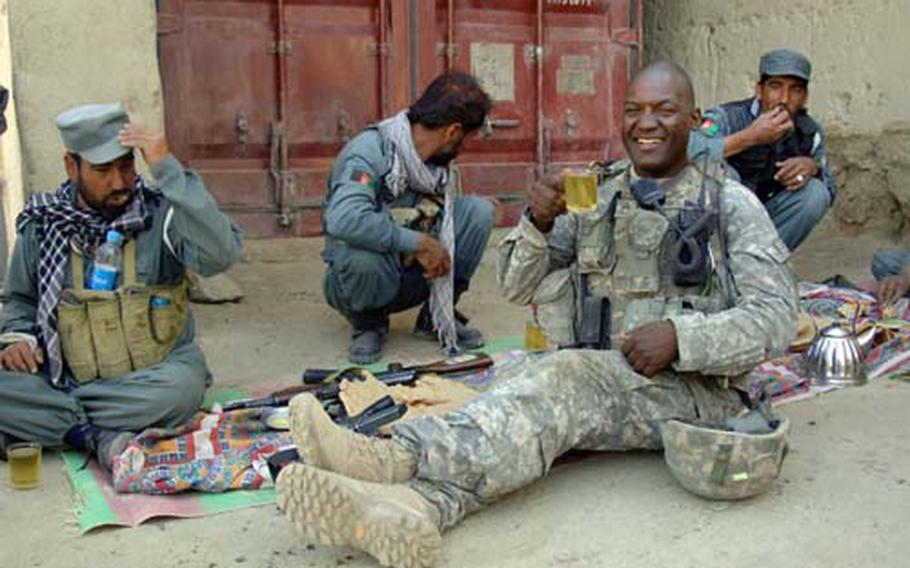 KABUL &#8212; Coalition troops will have to accept more risk as commanders push for a major turnaround in the Afghan war over the next 18 months, according to the commander of day-to-day operations across Afghanistan.

In an interview with Stars and Stripes, Lt. Gen. David Rodriguez said a renewed emphasis on developing a rapport with the Afghan people will mean an increase in the kind of &#8220;chai ops&#8221; &#8212; casual interactions with local leaders and residents, often over tea &#8212; that have been common in Iraq for the past year and a half.

This includes an emphasis on taking a less aggressive posture, removing helmets and body armor when appropriate, and living alongside Afghan security forces, Rodriguez said.

With insurgent infiltration still rife within the Afghan security forces, that&#8217;s a prospect that has some soldiers uneasy, but one Rodriguez said is necessary.

That risk was underscored Tuesday, when an Afghan soldier killed a U.S. servicemember and wounded two Italian soldiers in Badghis province.

Rodriguez said that local commanders will decide what kind of posture to take and allowed that some situations still call for a stronger show of force, but he made clear that the ideal is to get as close to the people as possible.

At the same time, Rodriguez must also balance major military offensives in insurgent strongholds such as the Arghandab Valley and other areas around the Taliban&#8217;s spiritual homeland in the south, where the coming surge of 30,000 additional American troops will be focused.

Rodriguez also put much emphasis on building up civil institutions as well as the Afghan security forces &#8212; a tall order in a government rife with corruption and army and police forces plagued by illiteracy and drug use. And it must be accomplished according to the tight time line established by President Barack Obama, who has said he will begin withdrawing U.S. troops from Afghanistan by July 2011.

With the war in Afghanistan seeming to just get started now, more than eight years after the initial invasion, the American public has grown increasingly weary of the conflict. Rodriguez said the biggest shortcoming of coalition forces until now has been a lack of understanding of Afghans.