Robeson to assume command of 3rd Marine Division on Okinawa 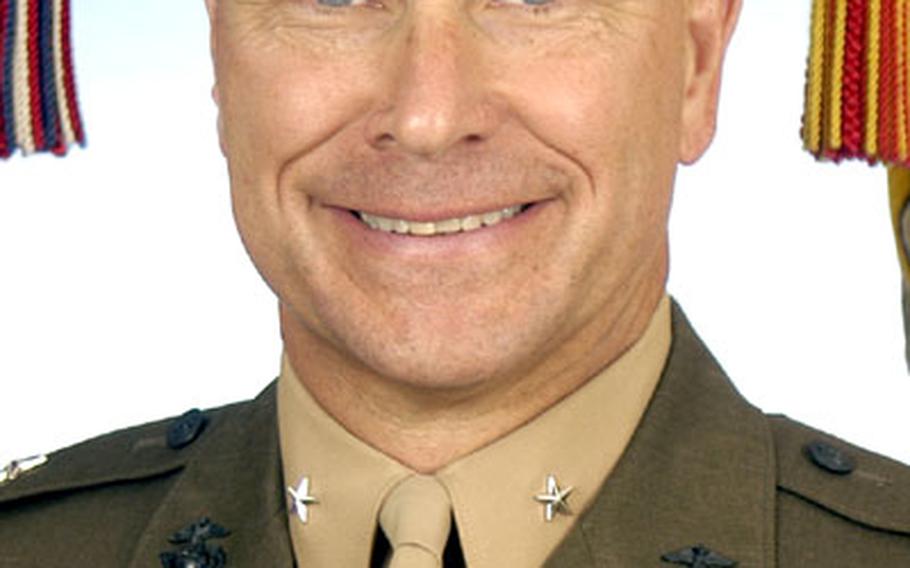 ARLINGTON, Va. &#8212; The 3rd Marine Division, based on Okinawa, is getting a new commanding general, the Marines announced Thursday.

Brig. Gen. Mastin M. Robeson will take command of the division Jan. 11 beginning with a ceremony at Camp Foster, Okinawa, according to a Marine Corps news release.

Robeson has served as deputy commander of the 3rd Marine Division since 2005, according to his official Marine Corps biography.

Robeson, who will continue to command the 3rd Marine Expeditionary Brigade, replaces Brig. Gen. Christian B. Cowdrey, who is retiring after 32 years with the Marine Corps, the release said.

Cowdrey has commanded the 3rd Marine Division since 2004, according to his Marine Corps biography.