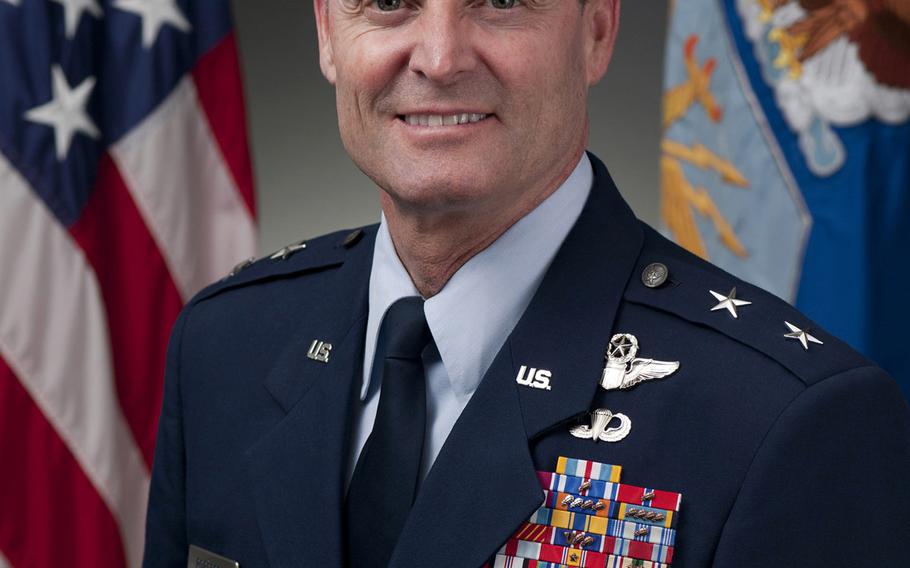 Maj. Gen. Darryl L. Roberson has been nominated to take command of the 3rd Air Force at Ramstein Air Base in Germany.

Roberson, who would receive his third star before taking over the position, would replace Maj. Gen. Carlton D. Everhart II, according to a Defense Department news release issued Monday. Everhart has been serving as commander since February, after the retirement of Lt. Gen. Craig A. Franklin, who generated controversy with his decision to overturn a military jury’s sexual assault conviction of Lt. Col. James Wilkerson.

Both nominations are subject to Senate approval.

Roberson has already led one of the units he would be overseeing in his new position. He served as commander of the 52nd Fighter Wing at Spangdahlem Air Base in Germany from June 2006 to March 2008. The 1983 Air Force Academy graduate was a pilot at Spangdahlem and Ramstein from 1985 to 1989. He is currently serving as vice director of operations for the Joint Staff at the Pentagon.

The 3rd Air Force has wings in Italy, the United Kingdom and Germany. It has a total of about 33,000 personnel. Its commander also serves as leader of the 17th Expeditionary Air Force, a part of U.S. Africa Command.

Brig. Gen. Jon A. Norman, commander of the 31st Fighter Wing at Aviano Air Base in Italy would receive his second star before taking over as chief of staff for Pacific Air Forces. His assignment had been announced previously.

Col. Ricky N. Rupp, special assistant to the commander for U.S. Forces Korea at Yongsan Garrison, has been nominated for promotion to brigadier general.