Road to Invictus Games for wounded warriors starts with recovery 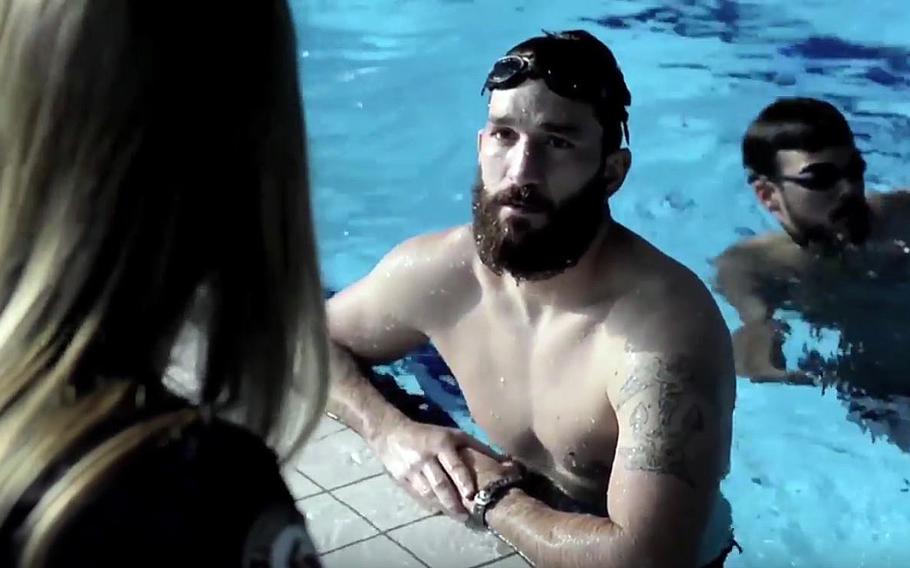 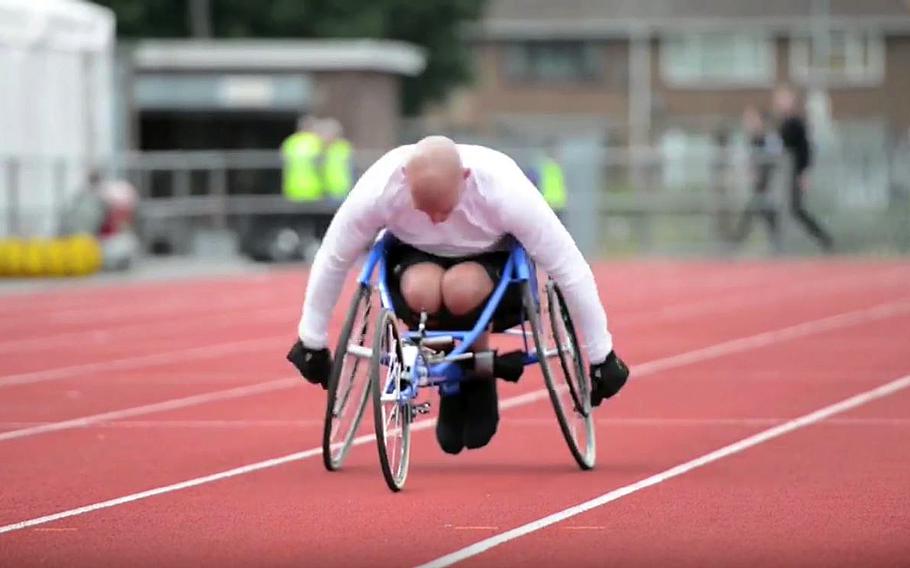 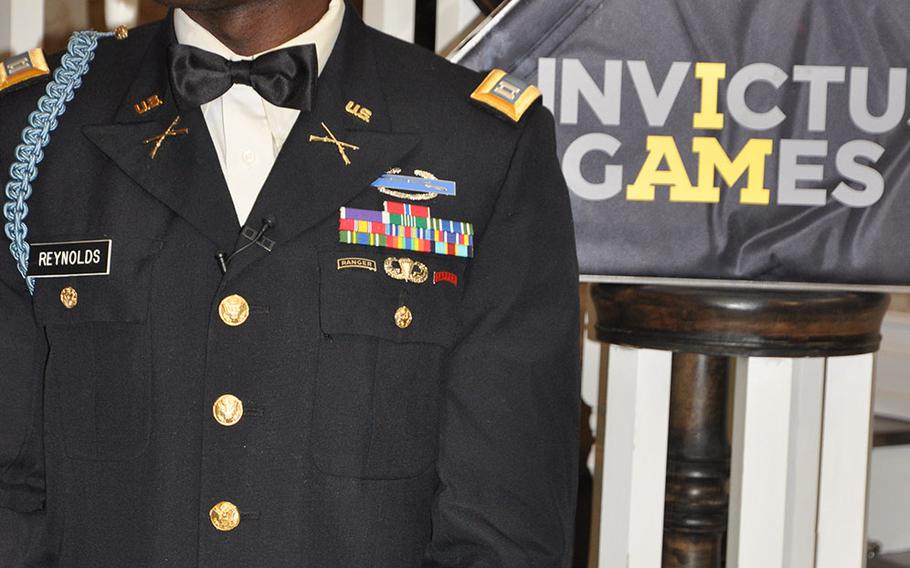 Former Army Capt. Will Reynolds, the captain of the U.S. team at the Invictus Games, stops by the Fisher House in Washington, D.C., on Thursday, May 5, 2016, on his way down to next week's games in Orlando, Florida. (Dianna Cahn/Stars and Stripes) 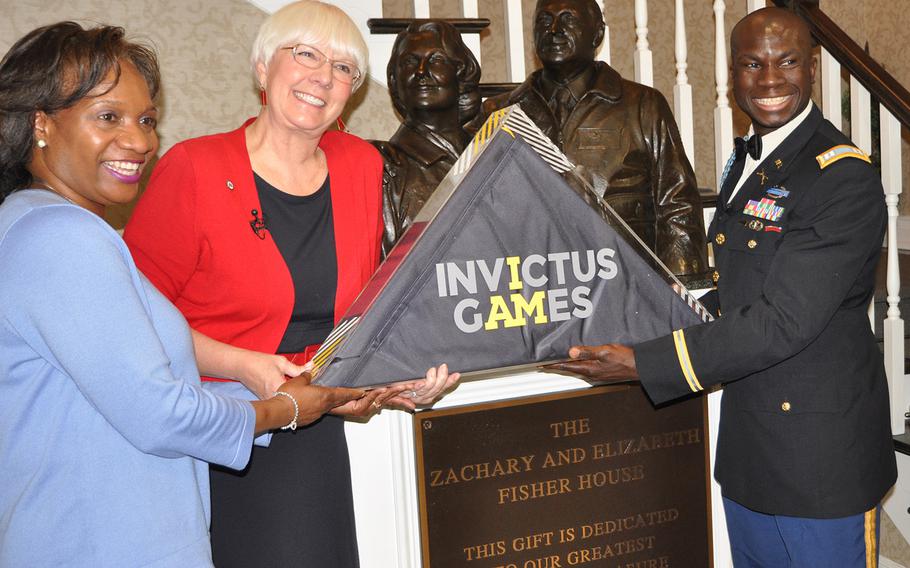 WASHINGTON — It was a fitting stop on the journey to the biggest international athletic competition for wounded warriors.

Making his way down to the Invictus Games in Florida, Army Capt. Will Reynolds stopped Thursday at the Fisher House on the U.S. capital’s Veterans Affairs hospital campus, which offers accommodations to families of hospitalized servicemembers. It is the place where recovery begins.

It’s where Reynolds and his family began the journey of healing -- from the bomb blast and the years of surgeries, the ultimate loss of his leg above the knee and relearning to bike, ski and run with a damaged body – to emerge as the captain of this year’s 115-strong U.S. team at the games that start Sunday in Orlando.

The inaugural Invictus Games were held in 2014 in London, after Prince Harry saw the power of adaptive sports for wounded servicemembers at the Warrior Games in the United States. He saw an opportunity to take the concept global. Four hundred competitors from 13 countries participated in those games, and this year in Orlando, 500 athletes from 14 countries will compete.

Reynolds said he stopped at Fisher House with the Invictus flag Thursday to show servicemembers who have just landed in hospitals that beyond the dark days and the loss, opportunities will once again abound.

“We really want the Invictus Games to be a motivational event for everyone (who) is in that beginning phase of that rehabilitative process,” he said.

“There’s a lot of things I’ve been exposed to because of my injury: getting to meet presidents, interact with senior government and private executives, compete on an international stage,” Reynolds said. “It’s really opened the doors to things I never thought I would be able to do.”

The Fisher House has 70 homes across 24 states and three in Europe to accommodate the families of servicemembers who land severely wounded or ill in military and VA hospitals. On any given night, as many as 935 families stay in Fisher Houses. The organization is the largest U.S. supporter of the Invictus Games, said Kerri Childress, a spokeswoman for Fisher House who welcomed Reynolds on Thursday.

“We were there when some of the servicemembers and their families were in their darkest hours,” she said. “So it’s a privilege to be here to celebrate their recovery through athletics.”

Reynolds’ darkest days were those first ones – landing at former Walter Reed Army Medical Center in Washington, his family camped out at a Days Inn in a rough neighborhood, not certain what his future held, what he might be able to do. They soon landed at a Fisher House so they could be by his side through his rehabilitation and the long, transformative process in which he learned that he can still have a full life.

Reynolds was wounded on a foot patrol in Iraq in 2004, when a remote-controlled bomb exploded nearby, riddling his left leg with shrapnel. He was hospitalized for months on end and endured years of surgeries to try to salvage his leg.

His knee was fused and could no longer bend and he lost 30 percent of range of motion in his ankle.

After three years, he got tired of physical therapy in the gym and turned to recreational adaptive sports to stay motivated.

He’d always loved competitive sports and now he had to learn how to function athletically with his disabilities. He learned seated skiing and hand-cycling and three years later, was ready to take that up to a competitive level at the Warrior Games.

When, in 2013, his doctors determined that his leg had to go, Reynolds became an above the knee amputee. All his years of adaptive athletics prepared him well. Learning to function with an amputated leg was, for him, like learning a new sport.

Similarly he adapted to skiing, Reynolds said. He also took up running and will compete in the cycling and track competitions at the games next week.

“I realize there are really no boundaries because of my injury,” he said.

Reynolds said he’d once hoped to have a military career, to command a company, maybe even a battalion. It means a lot to be able to lead and motivate a team of warriors like himself at the games.

Standing at Fisher House on Thursday, Reynolds said it was like marking his journey. It’s great that everything has come full circle.