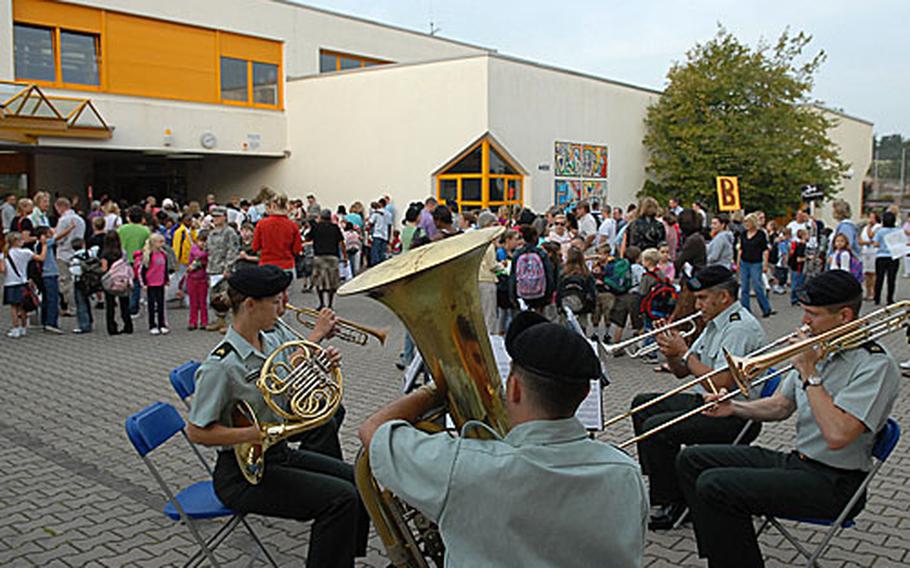 Members of the USAREUR band play a tune as students, teachers and parents gather before the first day of school at Darmstadt, Germany. It is the first year of a combined middle and elementary school in Darmstadt, but probably the school&#39;s final year as the community is scheduled to close. (Michael Abrams / S&S)

Members of the USAREUR band play a tune as students, teachers and parents gather before the first day of school at Darmstadt, Germany. It is the first year of a combined middle and elementary school in Darmstadt, but probably the school&#39;s final year as the community is scheduled to close. (Michael Abrams / S&S) 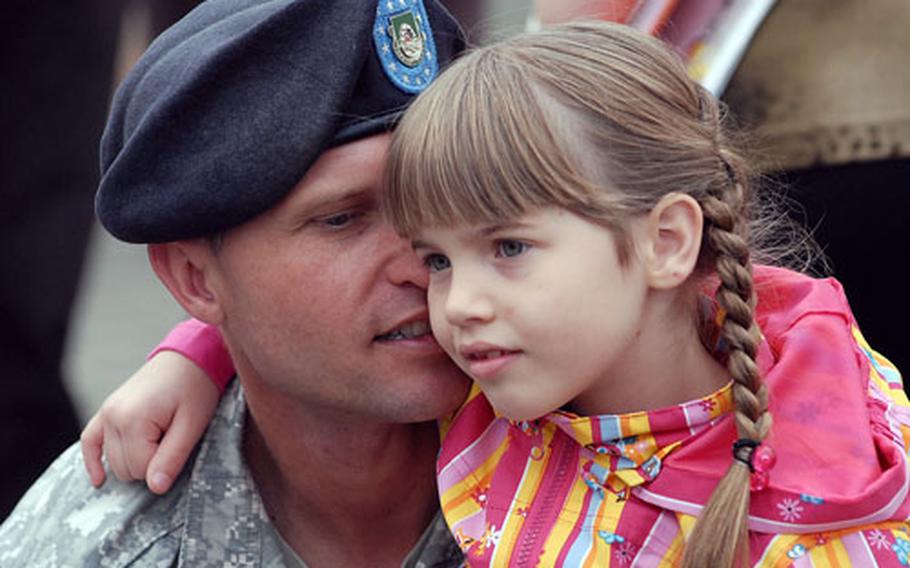 Sgt. Williams Kelso whispers something to daughter, Katarina, 6, just before she heads off to class on the first day of school. (Michael Abrams / S&S) 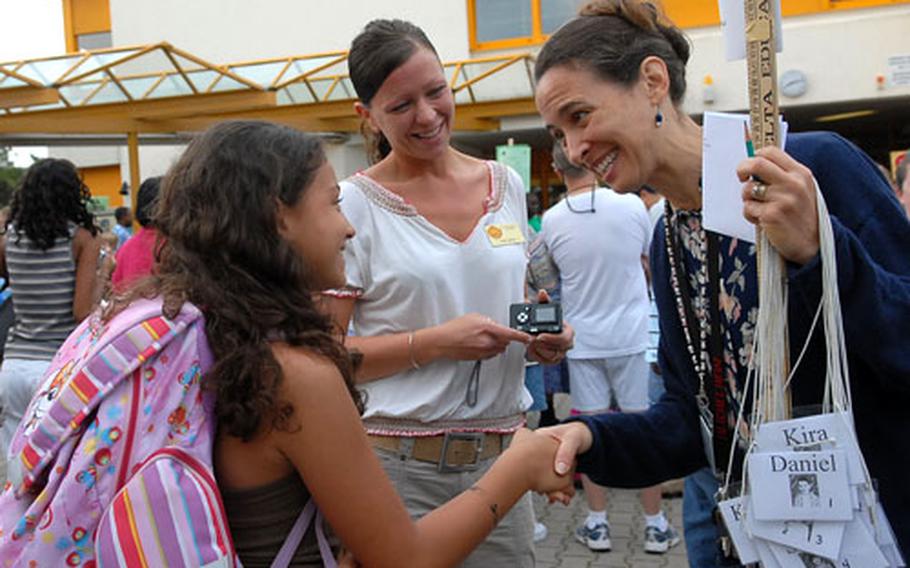 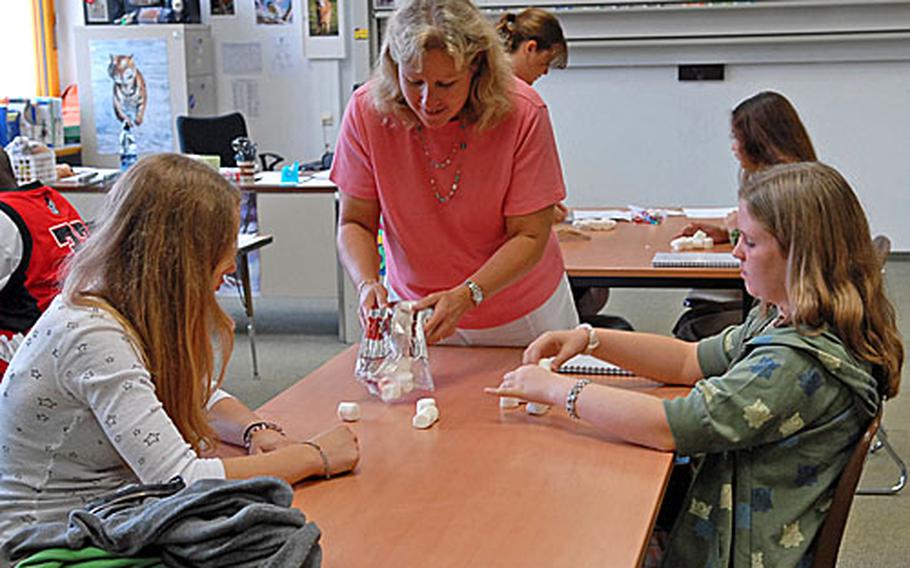 For hundreds of students in Department of Defense Dependents Schools in Darmstadt and Hanau, Germany, Monday was the last first day of school.

Yes, some will graduate at the end of the year, but not many.

Both schools, like their communities, are on the chopping block as part of the Army&#8217;s transformation in Europe and will close at the end of the school year.

&#8220;I want us to finish strong,&#8221; said Joseph Malloy, the newly appointed principal at the Darmstadt School. The elementary and middle schools were combined under one roof for the school year, a result of the student population dropping from about 700 students in kindergarten through eighth grade to fewer than 400.

As the community shrinks, as services dwindle and families prepare to move, some Darmstadt teachers view the school as more than just the local school.

Like many teachers at the school, Cutting now wears two hats, teaching fourth grade for half the day, art for the other half, &#8220;which is the way of DODDS anymore,&#8221; she said.

The message wasn&#8217;t much different in Hanau.

Four years ago, when Echevarria arrived to become the assistant principal at Hanau High School, there were 350 students in the school.

Today, the high school and middle school have been consolidated under one roof, Echevarria is the principal and there are just 87 high school students. The total enrollment for the consolidated school &#8212; 6th to the 12th grade &#8212; is only 155.

Before the first bell Monday, high school senior D&#8217;Shaun Carroll was chatting with some classmates in front of the school. A couple of them were grousing about the middle-school kids being on their turf and lamenting the final first day, though not Carroll.

Taneille and Sheridyn Webb are on the other end of the high-school grade scale. The twin sisters are two of the 22 freshmen enrolled in Hanau. Both indicated they are looking forward to their first year in high school.