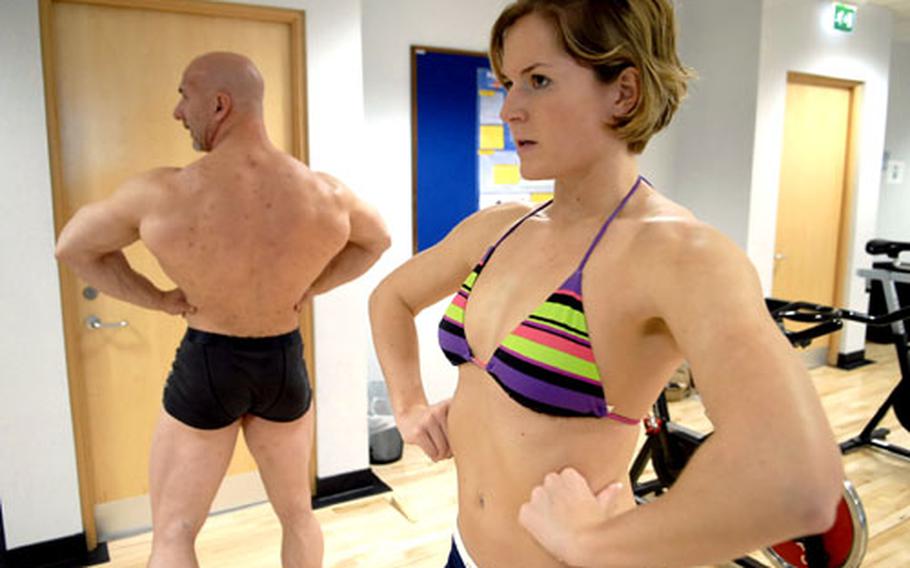 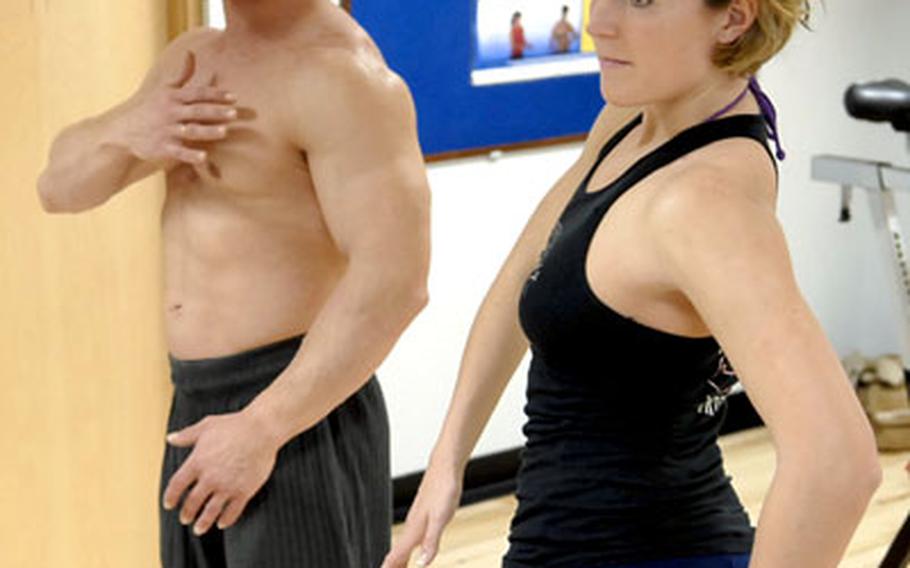 For once, Swenson, with the 100th Maintenance Operations Squadron, is not here to work out or teach aerobics. She&#8217;s learning to pose for the upcoming Ultra Bodies contest at RAF Mildenhall.

The annual bodybuilding competition has devoted work-out enthusiasts like Swenson thinking about more than diet and exercise months before the summer competition. Along with learning how to pose in front of the judges, Swenson must develop a choreographed routine, buy specialty swimsuits to perform in, and work on her stage presence. It all requires hours of training and preparation each week.

For many competitive bodybuilders, the hobby is addictive. Just ask Swenson&#8217;s posing coach. (She also has a personal trainer.)

Professional bodybuilder John Wales, a personal trainer at RAF Lakenheath, got into the sport 15 years ago while working in a factory and parlayed his passion into a career as a personal trainer. But Wales, who vied for the Mr. Universe master&#8217;s title in November, lives to compete.

For Tech. Sgt. Jarrod Thomas, bodybuilding is more of a lifestyle than a pastime. Thomas, with the 100th Civil Engineering Squadron, competed in the first Ultra Bodies event in 2002. He&#8217;s sitting it out this year, but plans to attend the competition.

After returning from a deployment to Iraq in January, Thomas said there was not enough time to prepare for the event, even though he stepped up his workouts downrange.