Riggers turn a Humvee into a flying object 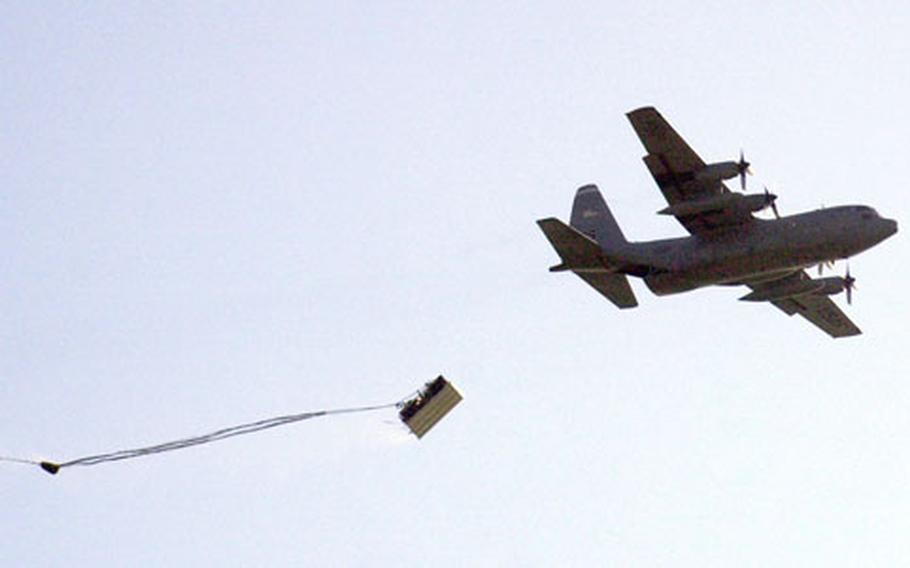 A Humvee falls from the back of a C-130 transport aircraft over Hohenfels, Germany, on Wednesday. (Seth Robson / S&S)

A Humvee falls from the back of a C-130 transport aircraft over Hohenfels, Germany, on Wednesday. (Seth Robson / S&S) 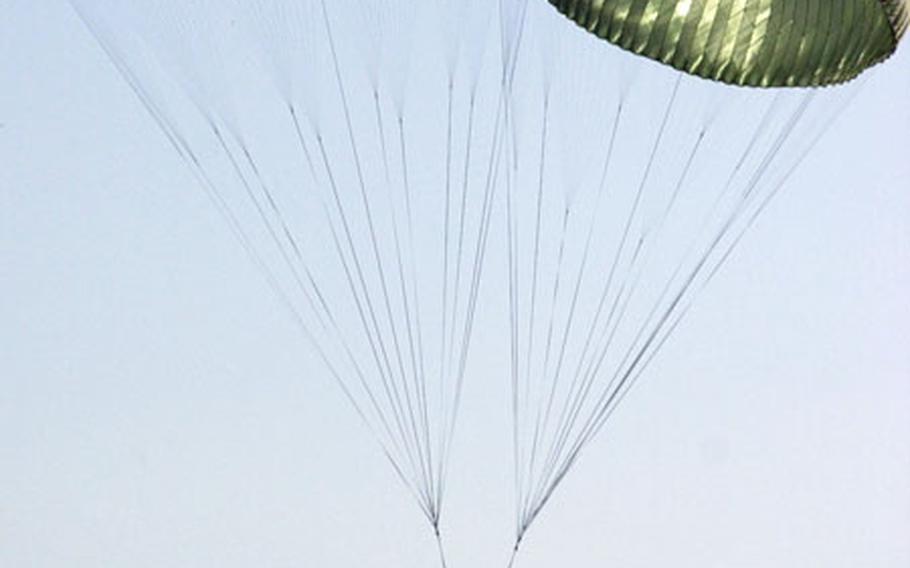 A Humvee parachutes to the ground after being dropped from the back of a C-130 transport aircraft. (Seth Robson / S&S) 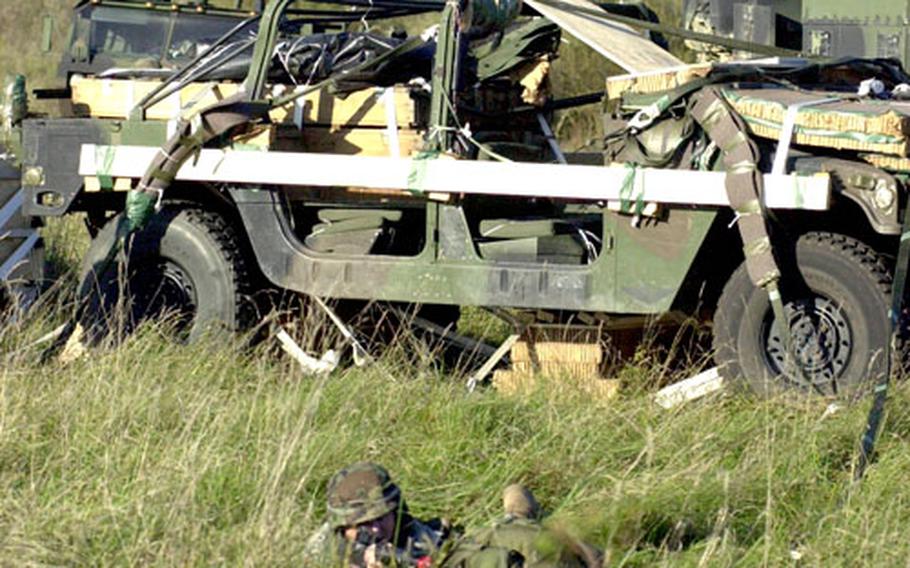 Staff Sgt. Justin Merritt, 33, of Marion, Ill. posts guard on the Humvee that his unit, the 5th Quartermaster Detachment, dropped from a C-130 transport aircraft over Hohenfels. (Seth Robson / S&S) 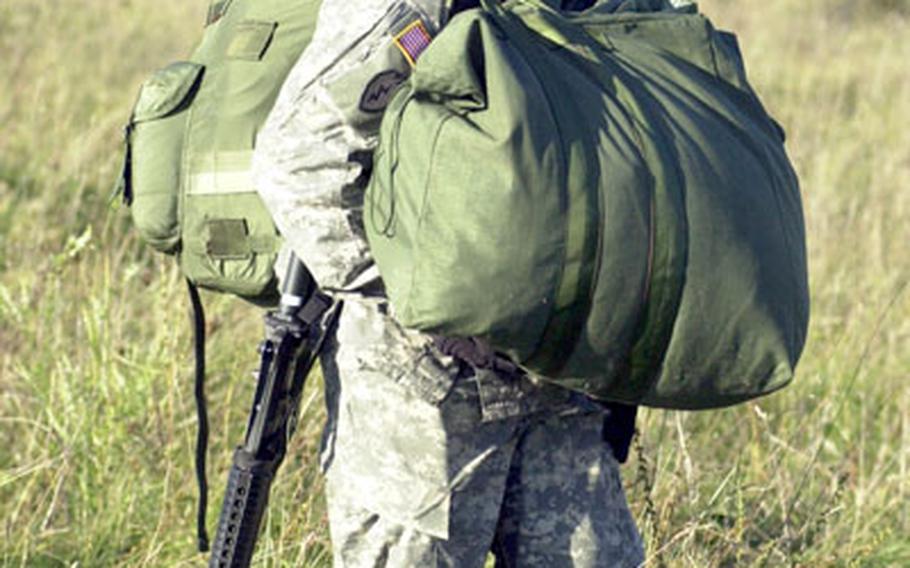 Sgt. Brian Terry, 28, assigned to the 5th Quartermaster Detachment, struggles under the weight of his parachute after jumping from a C-130. (Seth Robson / S&S)

HOHENFELS, Germany &#8212; A Humvee is not a particularly aerodynamic vehicle, but riggers from the 5th Quartermaster Detachment, 191st Ordnance Battalion made one fly.

They did it by rigging the Humvee to a pair of huge green parachutes and releasing it Wednesday out of the back door of a C-130.

The Humvee was part of an airdrop in the training area that included two four-wheeled, all-terrain vehicles; several containerized delivery systems and two mass load systems. Then 48 members of the unit parachuted after their cargo.

When the soldiers landed, strung out down a mile-long valley inside the training area, it was clear some had a long, hard walk ahead of them to reach a rally point where the Humvee landed.

As Sgt. Brian Terry, 28, struggled through grass that was waist-high in places, he was barely able to sputter out his name, rank, age and unit.

&#8220;This is too heavy to talk,&#8221; he groaned under the weight of his parachute, now inside a large pack hanging from the front of his body.

One of the first to reach the Humvee, Staff Sgt. Justin Merritt, 33, of Marion, Ill., posted guard while he waited for the rest of his unit to arrive.

It was the first time anybody in the detachment had jumped at Hohenfels, he said.

&#8220;There is a wider area to land in here than where we normally jump, at Alzey Drop Zone or Crystal Drop Zone near Baumholder,&#8221; he said.

The operation went well, added Merritt, whose job involves rigging the loads before they drop.

The riggers, who work out of Kaiserslautern&#8217;s Rhine Ordnance Barracks, jump twice a month but get to drop loads only once each quarter, he said.

First Lt. Cisco Fuller, 27, of Peoria, Ill., one of the 5th Quartermaster officers helping coordinate the operation from the ground, said it was the first airdrop he&#8217;d done since he joined the unit earlier this year.

The former 1st Infantry Division transportation company officer said the 191st will be at Hohenfels for two weeks this month with the rest of the battalion for training that will include military operations in urban terrain, reacting to roadside bombs, dealing with local nationals, convoys and live fire.

&#8220;We are trying to re-create the situation in Iraq now. The scenario is that we are in Iraq working out of a forward operating base,&#8221; explained Fuller, adding that the unit is not scheduled to deploy.