Rifle class for Wounded Warriors is step toward rehabilitation 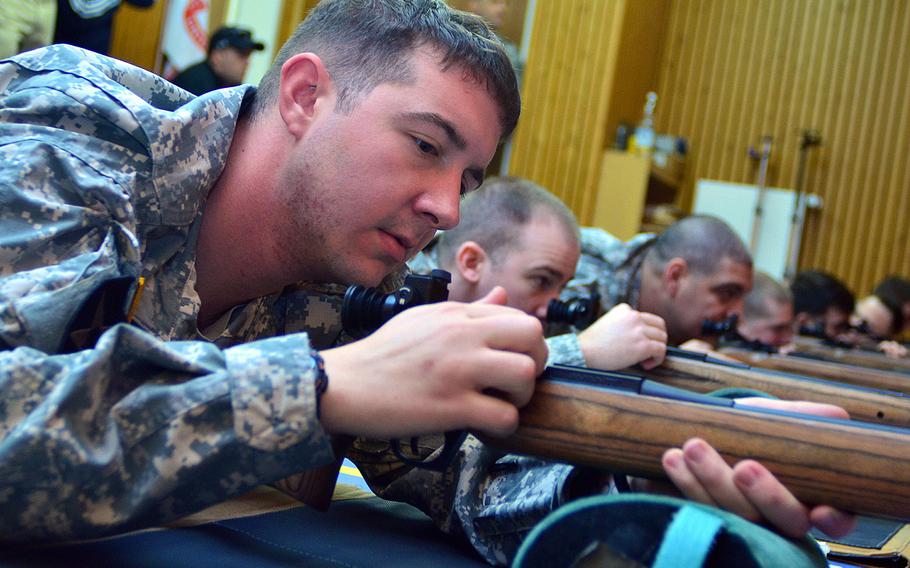 Spc. Thomas Venet, assigned to Wiesbaden's Warrior Transition Unit Battalion, places a pellet inside the chamber of an air rifle during a military adaptive sports event. (Eric. A. Brown/Stars and Stripes)

Spc. Thomas Venet, assigned to Wiesbaden's Warrior Transition Unit Battalion, places a pellet inside the chamber of an air rifle during a military adaptive sports event. (Eric. A. Brown/Stars and Stripes) 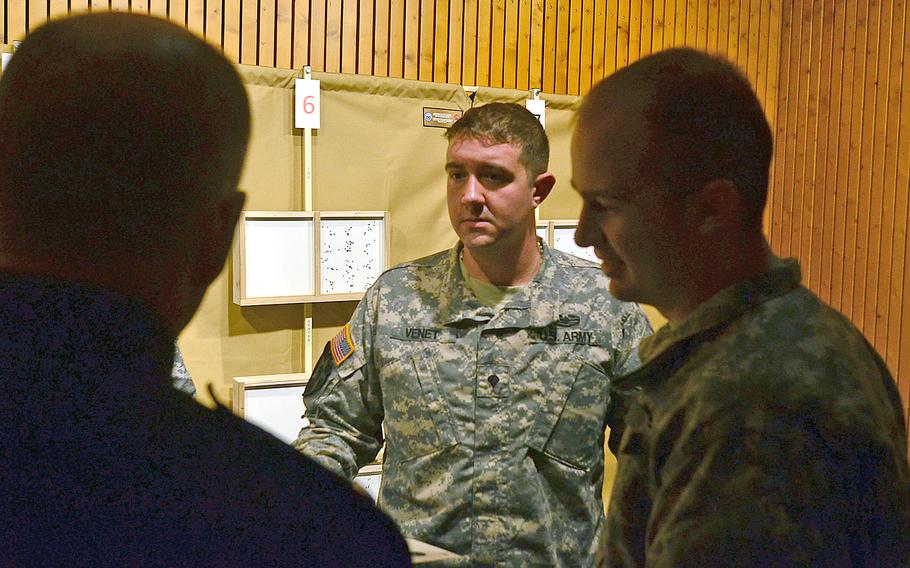 WIESBADEN, Germany — Pellets were shot downrange at Wiesbaden High School’s brand-new marksmanship range — not by students, but by a group of Wounded Warriors taking an air rifle safety class.

Adaptive sports is one of a series of steps soldiers assigned to the Warrior Transition Unit go through as part of the rehabilitation process.

Support from the community is important, and the Wiesbaden WTU’s Military Adaptive Sports site coordinator, Dr. Linda Steil, hopes initiatives like these will help build a soldier’s confidence and support reintegration back to duty, or transition to the civilian sector.

Among the seven wounded warriors who took part in the shooting class Wednesday was Spc. Thomas Venet, an Army mechanic, who suffered a traumatic brain injury from a rocket blast while on deployment with the 2nd Infantry Division to Baghdad between 2006 and 2008. Venet plans to leave the Army soon and hopes to work as a technician. “It’s a better opportunity to get your ducks in a row and get ready to transition,” he said of the WTU rehabilitation process.

Participants who excel in adaptive sports could move on to participate in Warrior Games, said Sgt. 1st Class Angel Rodriguezortiz, platoon sergeant for the Warrior Transition Unit. “This is a chance to bring them back to what they love to do,” he said.

Making the marksmanship range available to the WTU “is a great way for the school to show our support for our wounded warriors,” said Col. (Ret.) Darryl Hensley, the Warriors’ Marksmanship coach and senior Army instructor for Wiesbaden’s Junior ROTC program.