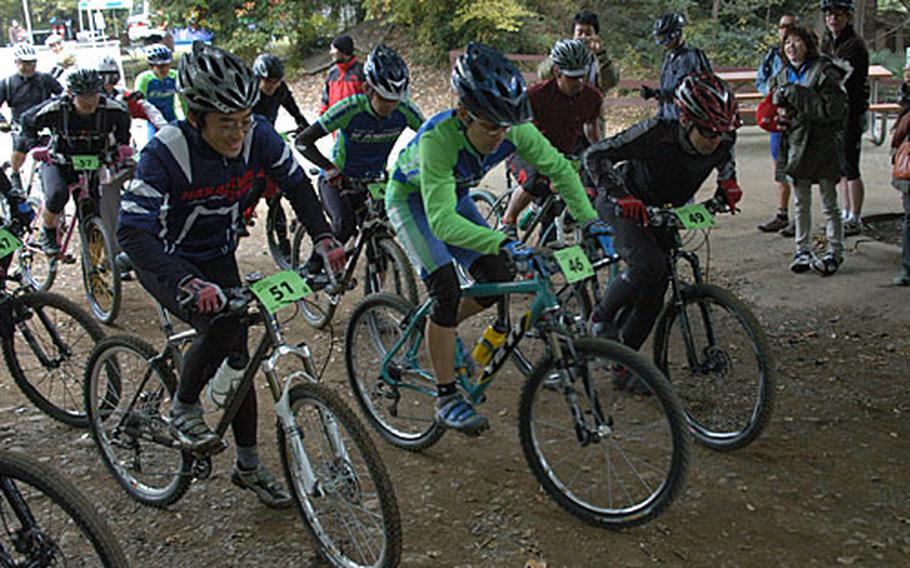 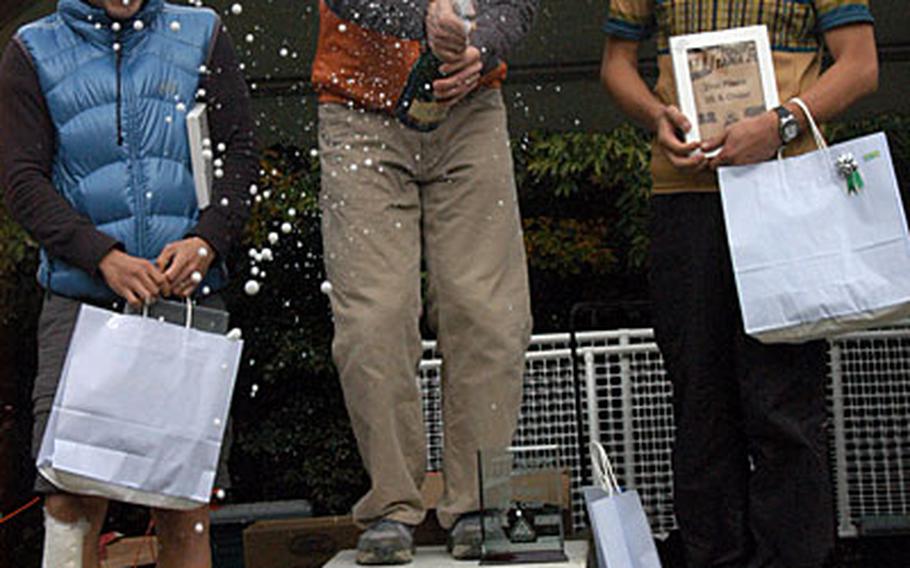 TAMA HILLS RECREATION CENTER, Japan &#8212; The rugged 5K course didn&#8217;t seem quite as daunting as in the past. Minus the rain that typically accompanies this race, it certainly wasn&#8217;t as slippery.

Still, there were plenty of thrills &#8212; and a few spills &#8212; to be found Saturday during the 20th running of the Tour de Tama Mountain Bike Race.

They included Lt. Cmdr. Sean Easley of Atsugi, who captured the Masters title in only his second appearance at the Tour de Tama, finishing in 36:01 to win by a margin of almost two minutes. He was the runner-up a year ago.

Expert competitors had to lap the course four times, while all others went around twice.

Among the track favorites still in place: A steep climb called &#8220;Water Tower Hill&#8221; at roughly the furthest point from the start line and the infamous &#8220;double-dip&#8221; toward the end where most crashes occur. Riders also rave about &#8220;bamboo forest,&#8221; a tunnel lined by trees, and pass over several bridges on the course.

And, as always, several first-time competitors, too.

Staff Sgt. Amber Koehler of Yokota&#8217;s 730th Air Mobility Squadron made her debut in the Women&#8217;s Division and wound up sixth.

Capt. David Boyer of Yokota&#8217;s 36th Airlift Squadron was appearing in his second Tour de Tama. He took third in the Rookie Division.

Tech. Sgt. Hunter Compton, 35, of Troy, Ala., who also works for the 36th Airlift Squadron, was another second-time rider Saturday. He says Americans on base should take advantage of this difficult but unique event.