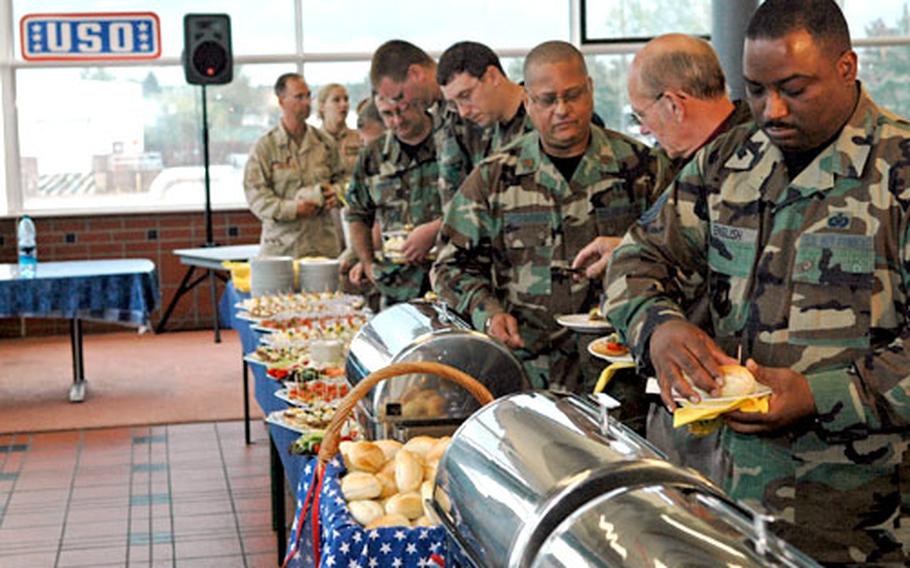 Visitors consider the offerings of a feast spread across four tables at Friday’s closing ceremony for the Rhein-Main USO. (Raymond T. Conway / S&S)

Visitors consider the offerings of a feast spread across four tables at Friday’s closing ceremony for the Rhein-Main USO. (Raymond T. Conway / S&S) 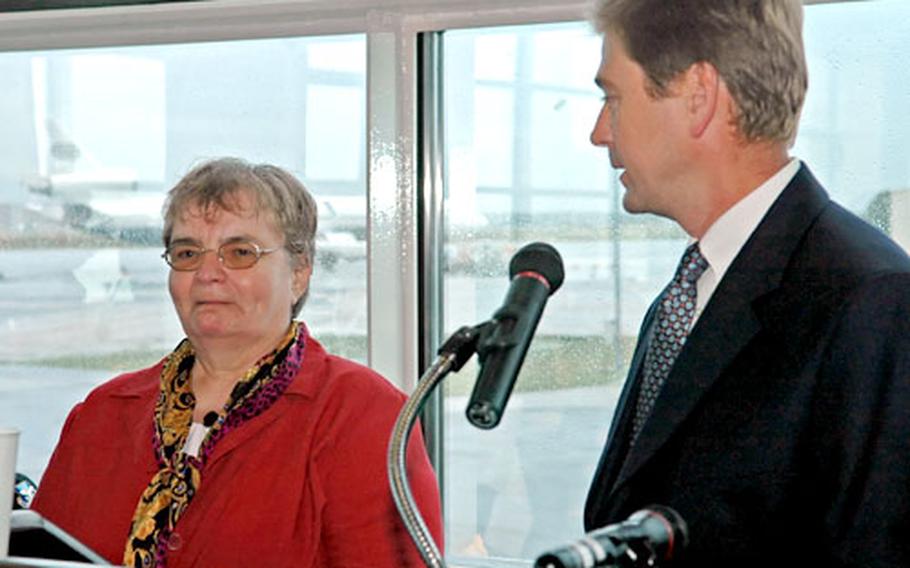 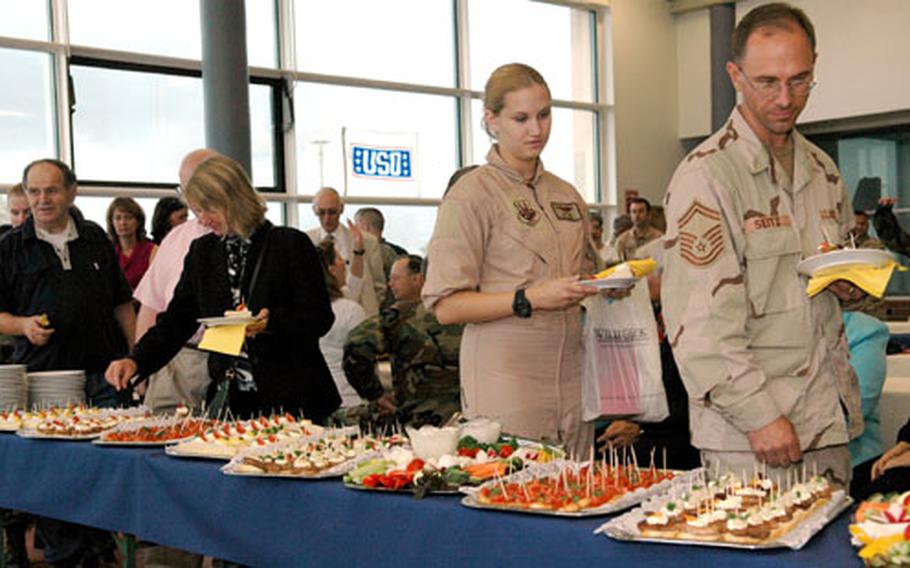 RHEIN-MAIN AIR BASE, Germany &#8212; Through the glass of Rhein-Main&#8217;s Gate 2 terminal, a constant drizzle could be seen falling on the flight line, almost as if the sky knew there was reason to be sad.

Meanwhile, inside the terminal, droves of desert-clad troops joined other Americans and Germans in what appeared to be a celebration.

The event was a farewell to the Rhein-Main United Service Organizations and its more than 50 years of service on base, which had many in the crowd sadly reminiscing about the long hours and fun times it brought.

A feast spread across four tables fed guests who came to say goodbye, as well as troops just traveling through the terminal. After the troops were fed, a ceremony marked the USO&#8217;s impending closure when terminal operations conclude at the end of September. Flight operations are moving to Ramstein and Spangdahlem air bases, also in Germany.

Maura Braganza, who has worked for the USO for the past 34 years, Annette McKerrell, who worked for 28 years, and Shamim Nadeem, who put in 18, laughed over the times that brought them and servicemembers together throughout the years.

The three talked about the long hours they put in despite the German law that said they should work no more than 10 hours of overtime.

McKerrell remembered the work put in during a recent reunion. &#8220;Although we worked so hard that day, it was a lot of fun,&#8221; she said.

That was how all three wrapped up every mission.

&#8220;We&#8217;re really just like a family,&#8221; McKerrell said, adding that the USO special operations manager, Celeste Warner Heymann, 65, should be especially remembered for all of her work through the years. She&#8217;s what made the work fun, McKerrell said.

Heymann began volunteering on Rhein-Main in the early 1970s, and for the USO in 1989. She became a full-time USO employee in 1996.

After lunch, when most of the troops returned to the terminal&#8217;s waiting area and a more intimate crowd gathered around, thanks were offered by base leadership for keeping the USO on track and supporting the troops. Fred Jeter, the USO Rhein-Main area director, handed out certificates.

During the ceremony, Heymann said these volunteers were guardian angels who could be called on at 2 a.m. or 2 p.m. to welcome troops returning to the &#8220;Gateway to Europe.&#8221;

Rhein-Main&#8217;s closure will continue with a hail and farewell ceremony from 11 a.m. to 5:30 p.m. Sept. 30, with different functions throughout the base. The final closure ceremony will be Oct. 10.