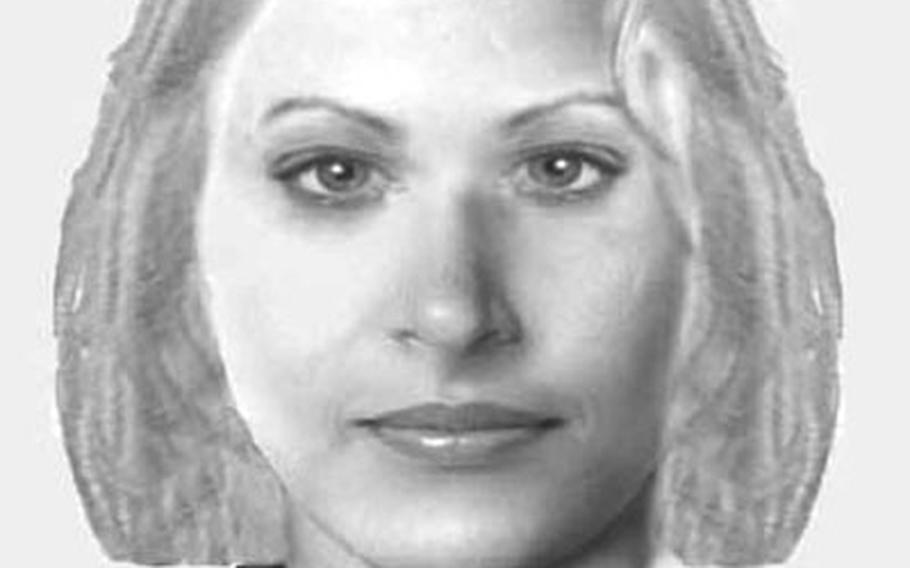 This sketch shows a woman wanted in the larceny of approximately $48,000 in property and funds. (Courtesy of U.S. Army)

Army investigators are offering a $5,000 award for help in catching a woman allegedly involved in stealing $48,000 from the Army and Air Force Exchange Service and Community Banks.

According to a reward poster issued late Wednesday, the woman is wanted for larceny of government funds and property, private funds and identity theft. The alleged crimes occurred at AAFES facilities and banks in Germany.

Neither officials with the Installation Management Agency-Europe Region nor AAFES management could elaborate on where or when the crimes happened. Community Bank officials could not be reached for comment.

The woman, who may go by the alias names of Marion C. Howard or Heike Woodbury, is between 35 and 40 years old, has slender to medium build with blondish brown hair and blue eyes.

The suspect, possibly a German woman, may be in a large white delivery van and in the company of Hispanic or black men, according to the poster.

Anyone with information can contact the Wiesbaden Criminal Investigation Command office at DSN 337-6642, military police at DSN 337-5096 or any CID office.