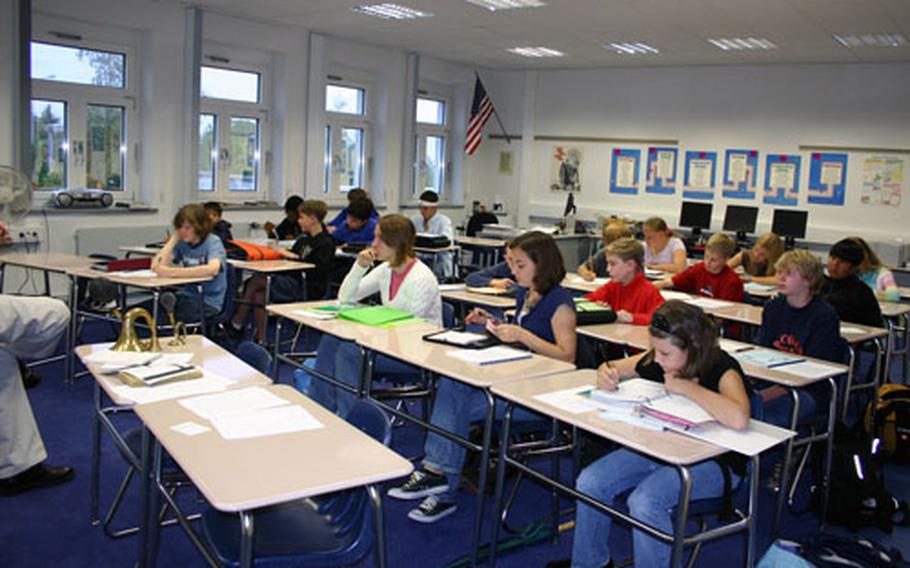 Eighth-graders at Robinson Elementary/Middle School in Stuttgart, Germany, get to work during the first week of school. (Raquel Hicks / U.S. Army)

Eighth-graders at Robinson Elementary/Middle School in Stuttgart, Germany, get to work during the first week of school. (Raquel Hicks / U.S. Army) 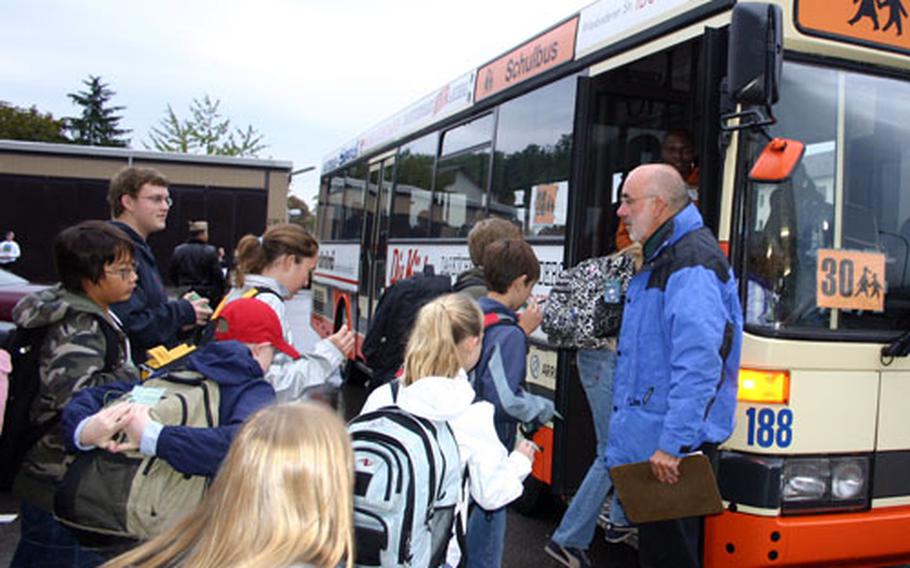 STUTTGART, Germany &#8212; Some students sat on counters and floors. Others brought packed lunches and ate outside because the lunch room was full.

And one bus took 90 minutes to get to school on the first day.

Last year, the plan to divide Stuttgart&#8217;s sixth-, seventh- and eighth-graders into two middle schools created a lot of controversy. After one week with the new setup, some fears have been realized but parents seemed optimistic that the kinks would be worked out.

&#8220;This is a new initiative,&#8221; said Amanda Brown, mother of two students at Boeblingen Elementary/Middle School, located south of the city on Panzer Kaserne. &#8220;A lot of things have got to be refined, as in any time you have a new situation.&#8221;

On the other side of town at Robinson Elementary/Middle School on Robinson Barracks, Klyte Mills said his daughter&#8217;s long daily bus ride was a secondary concern.

Department of Defense Dependents Schools administrators announced last year that the former middle school, which was co-located with Patch High School, would be broken up because children had low test scores and grades. A &#8220;middle-school model&#8221; would be established, but at two locations.

Since the middle schools would now be co-located with two elementary schools, some parents believed that their 13- and 14-year-olds would be made to feel like babies.

Other parents complained that some students would have to endure hour-long bus rides, or wouldn&#8217;t be able to take high school-level courses or join in activities such as sports and band.

&#8220;I felt there was not enough input [from parents] at the beginning,&#8221; said Peggy Benson, who has three children in Stuttgart schools. &#8220;But then they&#8217;re probably thinking there would be too many cooks in the kitchen.

At Boeblingen, which is the nearest school for most Stuttgart families, some children don&#8217;t have a desk and sit on the floor or share a seat. And since high school-level classes were promised, geometry is offered. But while one teacher teaches geometry to only three students, other teachers deal with overcrowded classes.

Most parents sound encouraged by the attitude of Boeblingen&#8217;s staff. Among those parents are Michelle Wedekind, who last year home-schooled her seventh-grade son.

Meanwhile, across town at Robinson Barracks, the newly renovated school offered plenty of room for its students, though many have to endure a long bus ride.