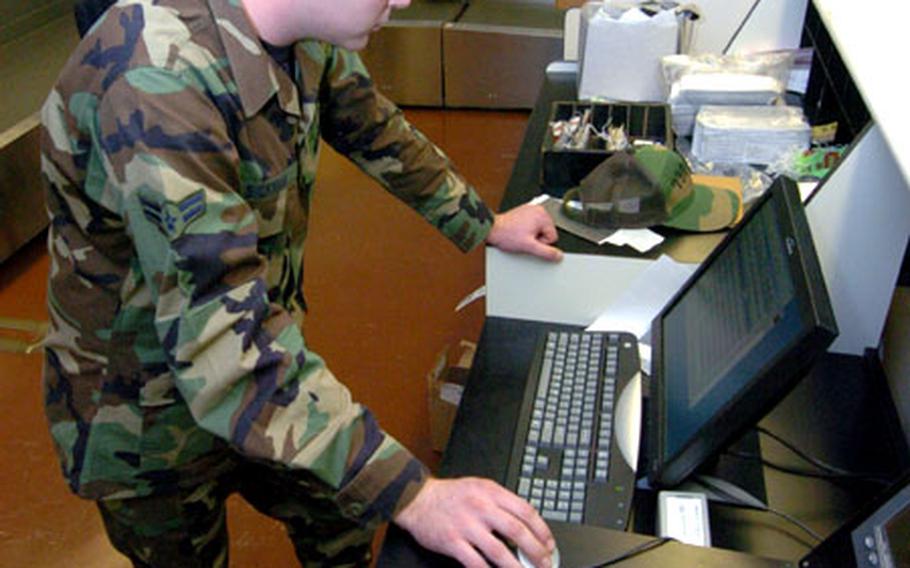 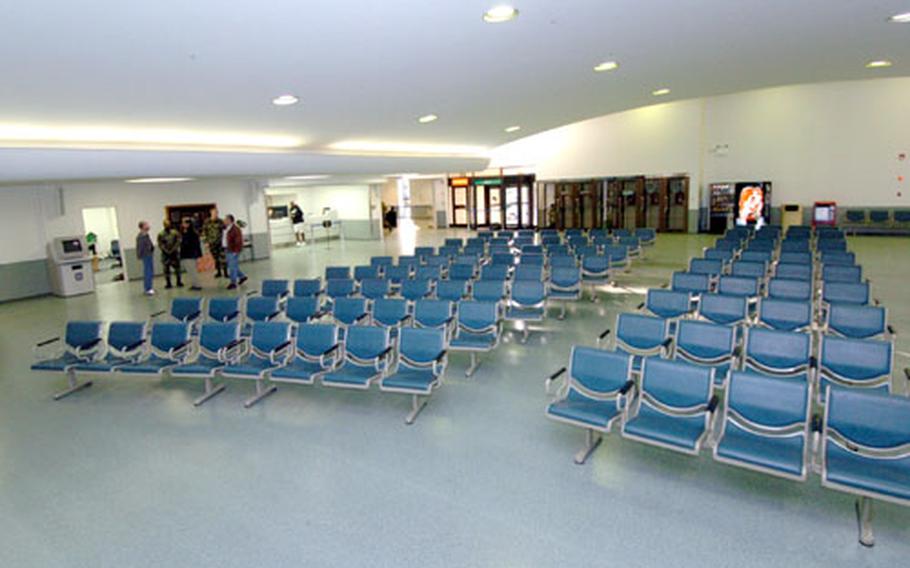 Renovations are complete and have brought many changes to the passenger terminal at Yokota Air Base, Japan. (Jim Schulz / S&S)

YOKOTA AIR BASE, Japan &#8212; The Air Mobility Command&#8217;s passenger terminal is back in its permanent spot following a $1.7 million renovation project that began in late February.

A Tokyo contractor removed all asbestos that couldn&#8217;t be crushed, rewired electrical components and made some minor structural changes in Building 80, just inside the terminal gate. Workers also constructed a secondary retaining wall outside the facility to elevate security.

For the past 10 months, the AMC terminal was operated out of Building 1213, the old base exchange on Yokota&#8217;s west side. That now will be converted into a new bowling center, slated to open in January 2006.

The changeover was completed last Sunday night, when officials closed the temporary site and relocated across the street the next morning.

&#8220;There&#8217;s just some small office stuff that needs to be moved. All of our customer-service stuff is already over here.

The Army and Air Force Exchange Service restaurant, which received a divider wall during the overhaul, will reopen Wednesday at 4:30 a.m.

The terminal&#8217;s redesigned entrance area &#8212; now partially enclosed to keep passengers out of the elements &#8212; should provide easier access to the cafeteria because the security X-ray machines have been shifted to the gated section in the back, Hearn said.

&#8220;If we have to go to higher force-protection levels, we can move the X-ray machine out to the entrance,&#8221; Hearn added. &#8220;With the facility upgrades, we have the ability to expand security and force-protection methods at any time.&#8221;

The newly built force-protection barrier outside negates the need for a standoff area in the parking lot &#8212; a requirement under AMC terminal security standards &#8212; so workers partially redesigned the lot to open up 20 additional spaces.

Still, he conceded, the tempo should be considerably less hectic for AMC personnel now that they&#8217;re back in the home building, particularly on weekends, when the Patriot Express makes two flights. During the renovation, each flight required eight to 10 bus trips across Highway 16 to get travelers onto the plane.

Yokota&#8217;s AMC terminal is a central hub on the Kanto Plain, handling about 9,000 passengers a month. That figure can climb as high as 13,000 during the peak summer travel months.