Reuniting a dad with his ‘angel’ 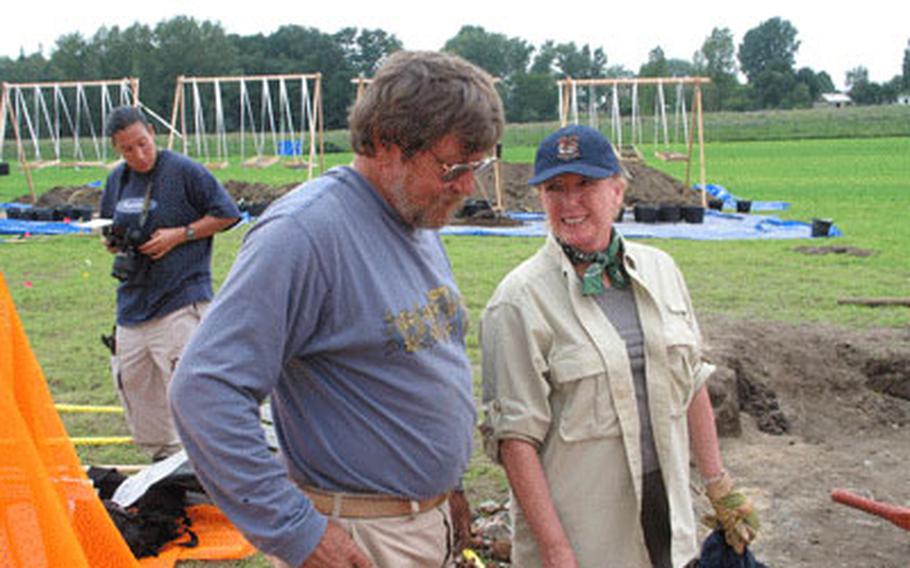 Sharon Estill Taylor on the recovery site of her father’s downed P-38 near Torgau, Germany, in September. With her is Dr. Gregory Fox, a forensic anthropologist with the Joint POW/MIA Accounting Command in Hawaii. (Courtesy of Sharon Estill Taylor)

Sharon Estill Taylor on the recovery site of her father’s downed P-38 near Torgau, Germany, in September. With her is Dr. Gregory Fox, a forensic anthropologist with the Joint POW/MIA Accounting Command in Hawaii. (Courtesy of Sharon Estill Taylor) 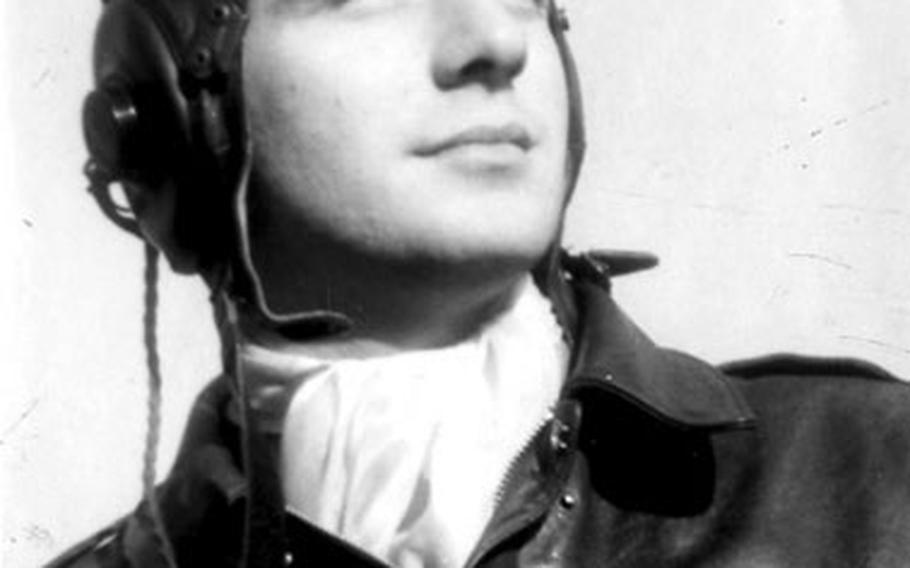 Two weeks after 1st Lt. Shannon Eugene Estill became a father, he wrote a letter to his wife and infant daughter from his base in Germany. The date was April 7, 1945.

I simply can&#8217;t express how I feel about our daughter: so happy and glad yet almost afraid. Afraid that I won&#8217;t measure up to the shadowy indeterminate standards of parenthood. How I should love to be with you two now. I just can&#8217;t understand how [I] happened to land the two cutest gals in the world, but won&#8217;t argue. I am afraid that the Big Chief might check the records and discover that you really don&#8217;t belong to me at all but perhaps are angels that have sneaked down from heaven to tease this poor mortal.

Needless to say, the 22-year-old lieutenant had a way with words. His letter, offered up 60 years later by the smaller angel, concludes:

Am so thankful that you&#8217;re in the States and not over here. Everything, except danger, is scarce. Anyway, sweetest one, I&#8217;m so happy and thankful that you are both ok. I want you both to know that when I fly, I feel ever nearer to you and I am unafraid. I pray only that I am doing the right thing and that I will return home to you very soon.

All my love, Gener

Estill died six days later when his P-38 fighter was shot down over Torgau, Germany. The war ended 12 days later.

A member of the 428th Fighter Squadron, Estill was the last man in his unit to perish. He died with a baby shoe tethered to his flight gear.

Supported in spirit by her father&#8217;s war buddies, Sharon Estill Taylor traveled to Torgau last month to help usher her father home. Excavation of the crash site was led by Dr. Gregory Fox, a forensic anthropologist with the Joint POW/MIA Accounting Command.

&#8220;I wanted to get my hands in the dirt and be a part of it,&#8221; Taylor said. What touched her most were the small things they found: shoe grommets, a green button, cockpit switches &#8212; things he touched on the day he died.

They never did find that baby shoe, though.

On the day they parted, Taylor went to Fox&#8217;s hotel room to thank him. On his bed were five bags of bones.