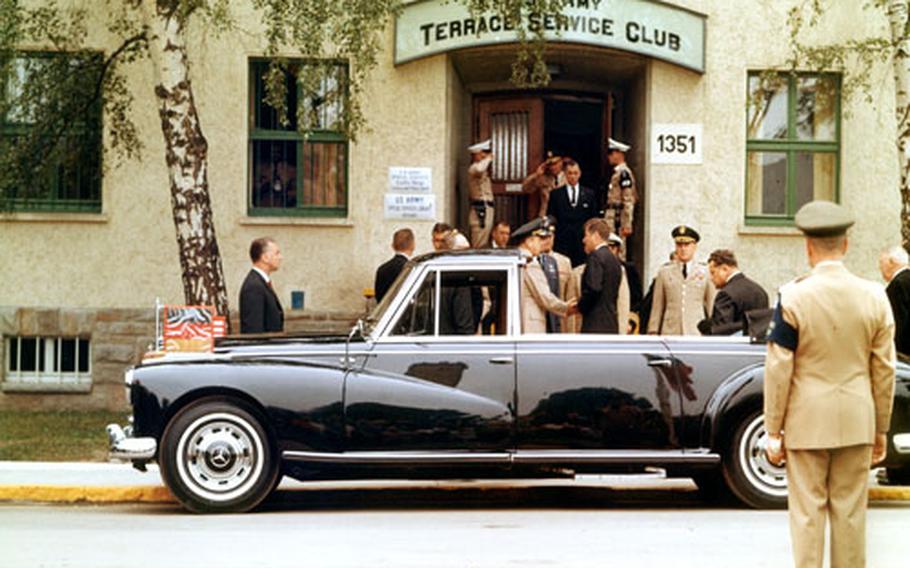 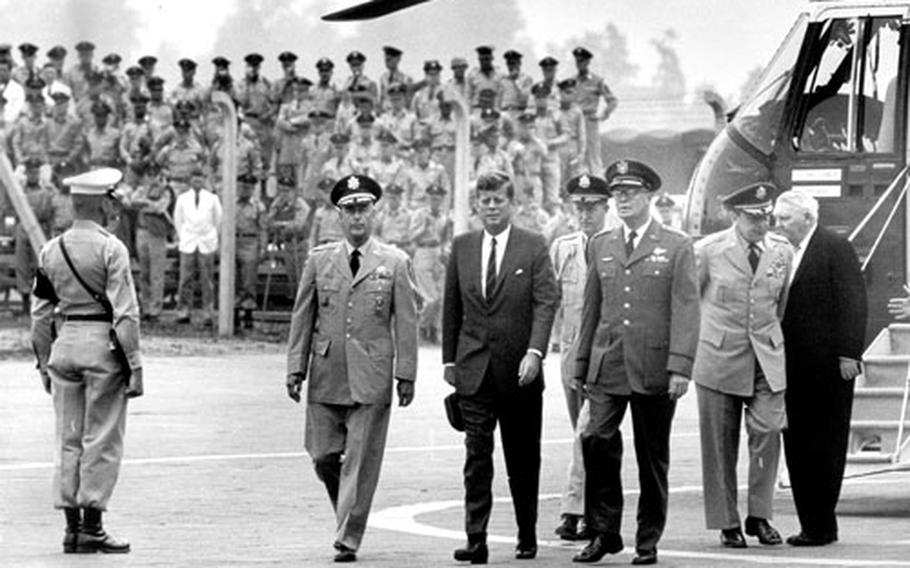 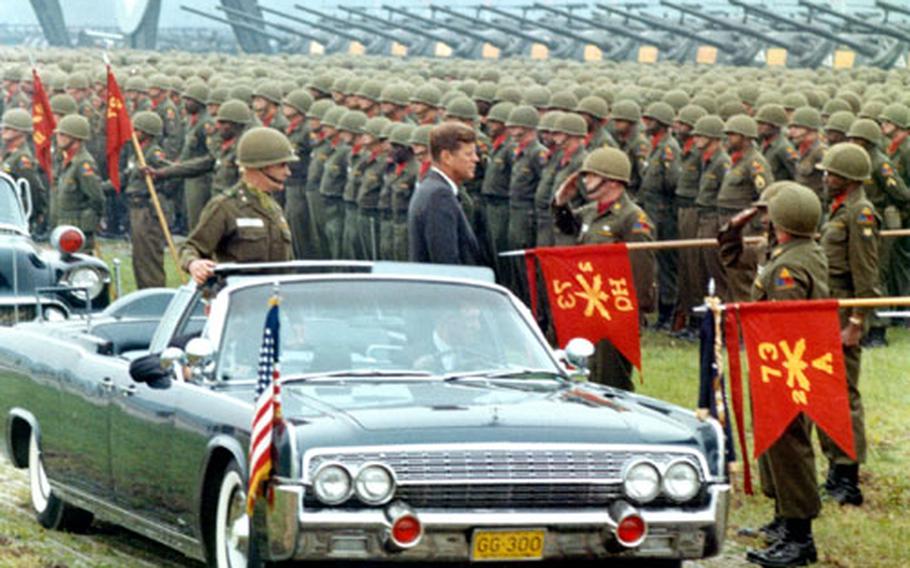 HANAU, Germany &#8212; Another welcome home ceremony is in the works for the Hanau military community.

Like so many soldiers before them, members of the 127th Military Police Company will soon glimpse dozens of homemade signs, each welcoming one troop or another back to the fold. Then their buses will roll to a stop near a reception area teeming with well-wishers. Speeches will run short; hugs and kisses will last long. And many of the kids in the gym will long remember this blissful reunion.

But there will be something else at play, something that won&#8217;t yield an encore or a second run of any kind.

Once the 100 soldiers return from Iraq this week, the community&#8217;s focus will shift to shutting the place down for good. It&#8217;s a remarkable development considering the depth and duration of the U.S. Army presence in and around the city of Hanau.

Twenty years ago, the military community consisted of roughly 15,500 soldiers, and at least as many family and civilian personnel, according to Petra Stadtm&#252;ller, an Army planner in Hanau. Today, only about 1,000 soldiers remain, and by midsummer, once school lets out, most of them will be gone as well.

The U.S. Army has had a foothold in Hanau since March 1945. In those early years after World War II, soldiers helped rejuvenate a city that, literally, had been pulverized by Allied airstrikes. They cleared debris, constructed playgrounds, and organizing various activities, from language classes to dances to ice hockey games.

Ever since, said Martin Bieberle, an urban planner for the city, &#8220;the Americans and the citizens of Hanau have been one.&#8221;

During the Cold War, U.S. forces in central Germany, including 3rd Armored Division units in the Hanau area, played a strategic role in deterring a Soviet-led invasion by the Warsaw Pact. With the Fulda Gap, the enemy&#8217;s primary invasion route, not too far up the road, Hanau essentially stood just beyond the tripwire.

In June 1963, President John F. Kennedy acknowledged as much during a visit to Fliegerhorst Casern in nearby Erlensee.

Here and elsewhere, Kennedy said, U.S. forces &#8220;help maintain the freedom of dozens of countries who might now be engulfed, if it were not for this long, thin line which occupies such a position of responsibility, guarding so many gates where the enemy campfires, in some cases, can be seen from the top of the wall.&#8221;

So perhaps it is fitting that the beginning of the end for the U.S. Army in Hanau began with the departure of the 4th Brigade from Fliegerhorst in the summer of 2006. At the time, the brigade was the aviation arm of the 1st Armored Division, which is slated to return to the United States in a few years as part of the Army&#8217;s grand transformation initiative.

Since then, the 16th Corps Support Group and one of its subordinate units, the 485th Corps Support Battalion, as well as the 130th Engineer Brigade have left Hanau. Other units have departed, too, or will soon, including the 5th Battalion, 7th Air Defense Artillery, the largest of the remaining units, the 502nd Engineer Company, the 64th Replacement Company and the 127th MP Company.

As units depart, the push is on to prepare facilities for their eventual return to the German government. Already, facilities in Gelnhausen are off the books, as well as Fliegerhorst, various holdings in B&#252;dingen and Hutier Casern in Hanau, which dates back to 1908.

Schloesser, the point man behind it all, proudly says that everything is running on or ahead of schedule. For the past two years, he and his staff have held weekly one-hour meetings, during which they delved into all sorts of issues, from security and new store hours to pets and passports.

Across the board, Schloesser said, &#8220;we just have not encountered any (serious) issues of any consequence.&#8221;

For now, the thing he finds most vexing is the reoccurring rumor that Hanau will get a last-minute reprieve and stay in play. But he says that&#8217;s not going to happen.

While some people continue to hold out hope, Schloesser said, all signs indicate that bus has left the station. And it&#8217;s not about to turn around.