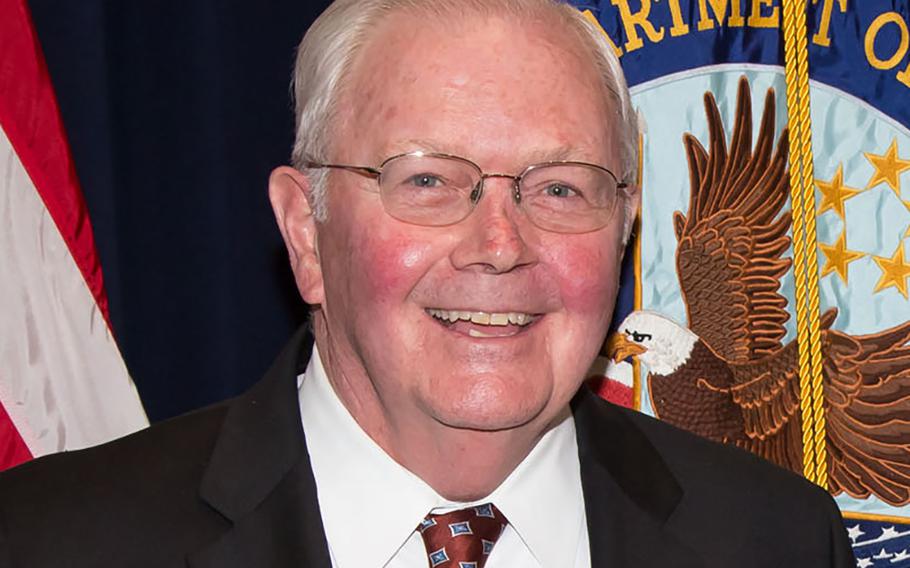 WASHINGTON – The retiring deputy secretary of the Department of Veterans Affairs on Friday reassured homeless veteran advocates about the agency’s future in his final public speech, trying to dispel worries about the leadership changes the VA has recently undergone.

Thomas Bowman, a longtime VA employee and the second in command at the agency since August, is retiring June 15. The VA made the announcement Tuesday, at the same time Robert Wilkie, the expected nominee for VA secretary, stepped down as acting secretary to comply with federal statutes. VA Chief of Staff Peter O’Rourke, a former member of President Donald Trump’s transition team who arrived at the VA in 2017, temporarily took over leadership of the department as Wilkie awaits confirmation.

Bowman was passed over twice for the position of acting secretary. Some veterans groups urged Trump to appoint him as the VA’s temporarily leader in order to bring consistency to the agency, but Bowman has been in a precarious position at the department for months because of infighting that led to the ouster of former VA Secretary David Shulkin in March.

“Now’s the right time for me to retire” was Bowman’s only comment about the announcement that he is leaving the VA.

In his speech meant to inspire advocates at the National Coalition for Homeless Veterans in Washington, Bowman insisted Friday that the VA was “not broken.” Afterward, he told reporters that leadership changes were a natural occurrence.

“Change in leadership is something that’s natural, it’s a way of moving forward, and I think that’s where the VA is going to be,” Bowman said. “We’re hopeful we’re going to have a secretary that is going to go through confirmation, get into place and begin to move forward with the president’s agenda. I look forward to that.”

Before being confirmed as VA deputy secretary, Bowman, a retired Marine Corps colonel, worked as the staff director for the Senate Veterans’ Affairs Committee. He previously held leadership positions at the VA, including chief of staff. He was also a senior adviser to the director of VA health care in Florida and the Caribbean.

In a statement Tuesday, the VA thanked Bowman for his work and said he’d remain a consultant to the acting secretary. Bowman said Friday that he planned to volunteer with veterans during his retirement and he’d make himself available to provide advice to VA leaders.

“That’s only if needed,” he said. “I’d be more than happy to speak to the secretary at any time.”

Bowman’s exit is another in a series of departures of leaders at VA headquarters. Since Shulkin was fired in March, several VA health officials and the agency’s chief information officer left.

“In a number of cases, employees who were wedded to the status quo and not on board with this administration’s policies or pace of change have now departed VA,” VA Press Secretary Curt Cashour wrote in a statement in April.

The Senate confirmed Paul Lawrence in April to oversee VA benefits, but other top positions at the department remain without a permanent leader.

It’s uncertain when Wilkie might take over as VA secretary.

Sen. Johnny Isakson, R-Ga., the chairman of the Senate Veteran’s Affairs Committee, said he would schedule Wilkie’s confirmation hearing as soon as possible, depending on when the committee receives the necessary paperwork from the White House. As of Friday, Trump hadn’t officially nominated Wilkie to the position.