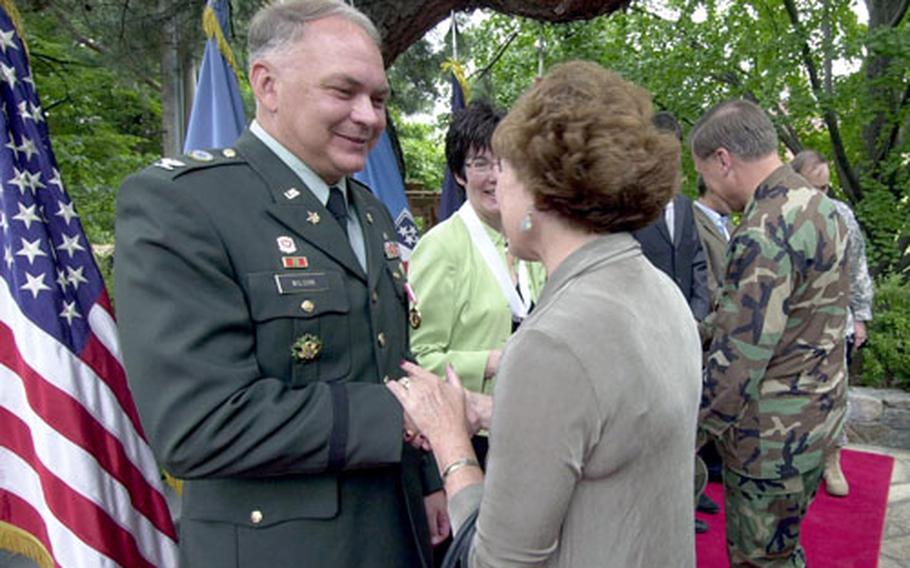 Army Col. Daniel Wilson called the turnout at his retirement ceremony overwhelming. He was joined by his wife, Una, their 16-year-old son, Conor, and 14-year-old daughter, Maeve. Several general officers, including USFK commander Gen. B.B. Bell, were on hand.

Wilson&#8217;s work was key in the realignment of U.S. Forces on the Korean peninsula, from the closure of decades-old bases along the demilitarized zone to planning a massive hub at an expanded Camp Humphreys.

It was an &#8220;honor to work with the joint team and to try to make things a little bit better,&#8221; Wilson said of his service in South Korea.

Bell called Wilson one of the key figures in the transitioning U.S.-South Korean alliance, someone who was able &#8220;find a way ahead&#8221; and who performed superbly in &#8220;every single tough engagement.&#8221;