Retiring in Japan possible with planning 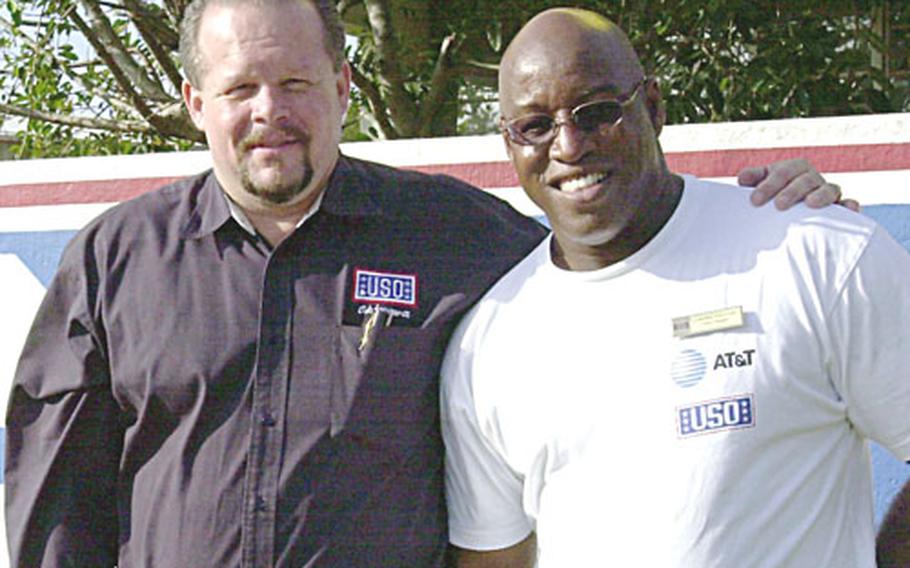 You see them in the base exchange. You pass by them out in town. Their hair might be a little longer and grayer now. Some even sport a beard.

But you know they used to serve.

And you ask yourself: How do they do it? More importantly, how can they afford it?

Then you start to wonder: Could I do it? Could I retire in Japan or Okinawa when I get out of the military?

You could, but it can&#8217;t be done on a whim. It requires a lot of research and planning, say those who have done it.

You give yourself no less than a year of planning before you&#8217;re scheduled to leave the military, said Marine Master Gunnery Sgt. Marc Singerhouse.

Singerhouse, who currently is on terminal leave and will retire Feb. 1 from the Marine Corps after 30 years of service, will remain on Okinawa.

Helping handsThe hardest part about staying for Singerhouse was making the decision, he said. Then it was just a matter of talking to others who&#8217;d done it and getting help from military transition programs, he said.

Singerhouse said he made his decision a little late and had to jump through hoops to get paperwork completed. That&#8217;s where the Marine Corps Transition Assistance Program came into play.

The program is for Marines going back to civilian life and can direct those who wish to live in Japan or Okinawa through the proper channels, said Mary Mwongo, a transition assistance manager with Community Services on Camp Foster.

She advises people to attend the TAP seminar at least a year before they separate from the service, even though regulations only require they attend at least 90 days out. In addition, Mwongo&#8217;s office provides a pre-retirement seminar and a workshop for staying on-island.

For airmen, the Air Force&#8217;s Transition Assistance Program recommends attending pre-separation counseling about a year in advance of leaving the service, said Master Sgt. Jeffery Lofton, an Air Force spokesman at Kadena Air Base. Indeed, airmen cannot attend any transition classes or workshops until they have attended a pre-separation briefing, Lofton said.

And if lining up a post-military job has to be factored in, Marine and Air Force transition specialists recommend planning two years in advance.

Kevin Meade, who retired as a chief master sergeant from the Air Force in Hawaii last year and came to Okinawa for a job opportunity with the United Service Organizations, agreed.

The Air Force program &#8220;offers a lot of good information for preparing for retirement or separation &#8212; one of which is make sure you have a job lined up before you get out,&#8221; he said.

Mwongo said the Marine program is strong on job-hunting skills.

Japan and visasA job can play a big, favorable role in the Japanese government&#8217;s decision in allowing a foreigner to stay in the country, Mwongo said.

You can&#8217;t just decide you want to stay; Japan requires that you have a reason, she said.

Marriage to a Japanese, an employable skill, or current employment with an on- or off-base company are valid reasons for staying, she said.

She advises people to visit the Japanese Embassy or the U.S. Consulate for up-to-date information on local immigration and visa laws. A representative from the Consulate office is also available at the pre-retirement seminars, she said.

Another key requirement for staying is you must have a local sponsor, Mwongo said. Although the obvious choice is the local spouse, many have acquired a sponsor through companies that hire, she said.

SOFA statusSomething else to consider with employment is whether it offers some kind of status of armed forces agreement, because servicemembers lose that status 60 days after military separation, Mwongo said.

Also, it&#8217;s easier to live in Japan with that status, said Gardner Williams, a Marine who retired more than two years ago.

Meade noted that SOFA holders can use the military postal service instead of having to figure out the Japanese system.

And without SOFA, said Singerhouse, you can&#8217;t get the lower licensing fees Japan grants to &#8220;Y&#8221;-plated vehicles and a host of other perks and assistance people don&#8217;t always think about.

Why stay in Japan?

For Marine Master Gunnery Sgt. Marc Singerhouse, who is on terminal leave and will retire on Okinawa, the answer is the easy lifestyle and subtropical climate.

Gardner Williams, a Marine who retired more than two years ago, appreciates the low crime rate and slower pace of life.

And for both Williams and Singerhouse, a major consideration was that they both married Japanese women.

But there are drawbacks, said Kevin Meade, who retired as chief master sergeant from the Air Force in Hawaii last year and currently lives on Okinawa.

Living on Okinawa offers opportunities to explore a different culture, but often at the expense of things one takes for granted in the States, Meade said.

It&#8217;s not as easy to get the convenience food Americans seem to like &#8212; delivery pizza, good Mexican, things like that, he said.

Nor is shopping as convenient.

But though he says he plans to go back to the States someday, he&#8217;s in no hurry to leave.

Tips to ease the process