Retiring colonel says Aviano is part of his soul 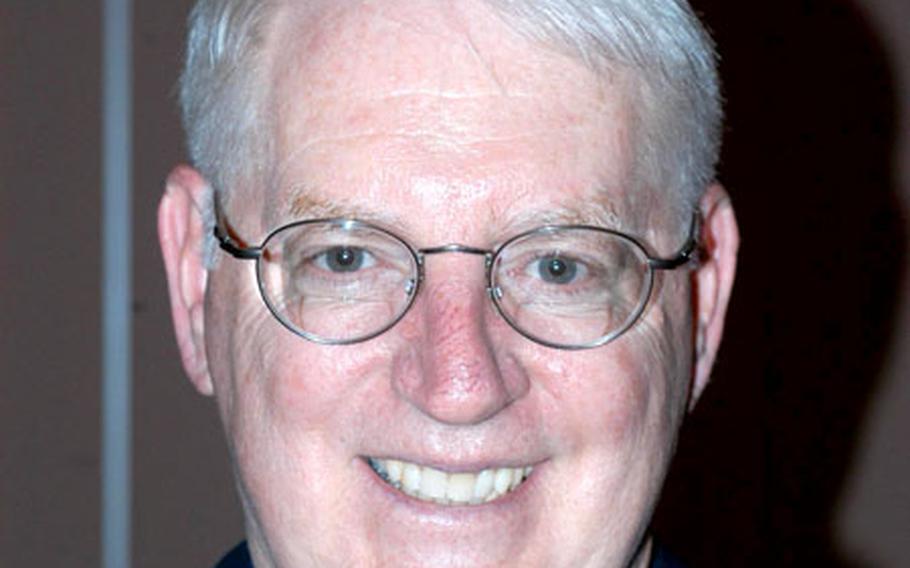 Col. Gary LaGassey, who has spent about 23 of the 39 years he served in the Air Force at Aviano Air Base in Italy, officially retires on July 31. But friends and colleagues paid tribute to him Friday. (Kent Harris / S&S)

Col. Gary LaGassey, who has spent about 23 of the 39 years he served in the Air Force at Aviano Air Base in Italy, officially retires on July 31. But friends and colleagues paid tribute to him Friday. (Kent Harris / S&S) 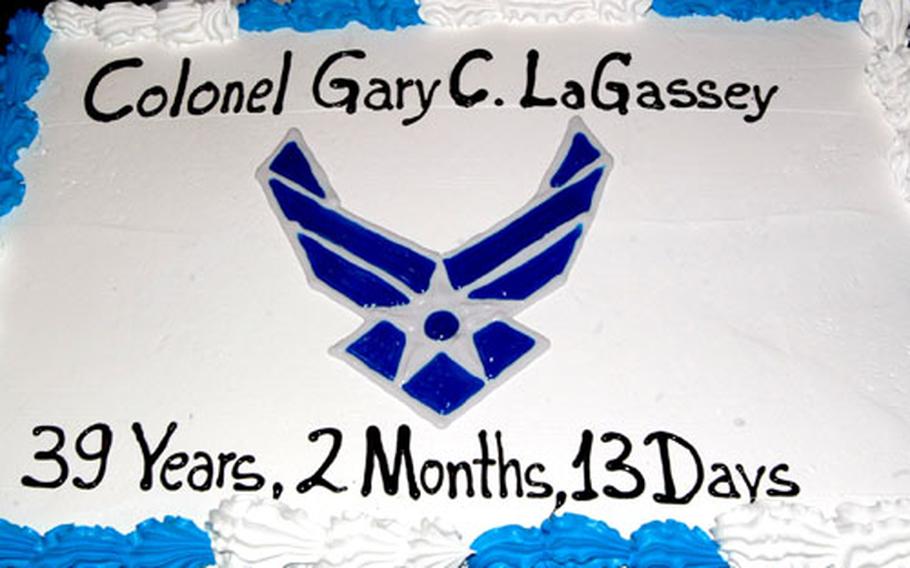 AVIANO AIR BASE, Italy &#8212; It was a deliberate slip of the tongue.

He could have been forgiven if it had been a legitimate slip. Because in a day where most military officers spend two or three years at a location before moving on with their careers, Col. Gary LaGassey has been an exception.

LaGassey, who officially retires July 31, will end a 39-year Air Force career by serving it at the place he knows best: Aviano.

&#8220;It&#8217;s a part of my soul,&#8221; said LaGassey, who has spent more than two decades just south of the Dolomites in northern Italy. He first came to Aviano as an enlisted airmen in 1968. He spent six years in Italy then, meeting his wife, Luciana, in the process. Five years later, having earned a commission, he was back again.

Other than a few months in Arizona, he stayed in Aviano until 1984, serving in three different jobs with as many different units. This was long before the 31st Fighter Wing stood up on base and Aviano in those days fielded just a few hundred personnel.

Much of his early career involved missile defense work and that job also carried him to three assignments in Germany and another in Sicily. After the fall of the Berlin Wall, LaGassey was back at Aviano again.

He became deputy base commander in 1991 and stayed for a few more years before heading to assignments in Turkey and Rome. When he returned to Aviano in 1995, the 31st Fighter Wing &#8212; and a much bigger American population &#8212; was in place.

LaGassey hasn&#39;t left since, taking on a series of jobs that has had him interact with numerous Italian political and military figures. In 1999, he began a five-year run as head of the Aviano 2000 program, a massive ongoing military construction project that is transforming the base&#8217;s facilities.

For the last two years, he&#8217;s been chief of international relations for the 16th. The dozens of Italian guests at the ceremony played testament to the role he&#8217;s played and the people he&#8217;s met.

Asked if spending so much time in once place hurt his career, LaGassey shook his head.

&#8220;You could always speculate,&#8221; Moorhead said about whether LaGassey would have been wearing a few stars on his shoulder if he had gone elsewhere and followed the norm. &#8220;He made a personal decision that this was important to him.