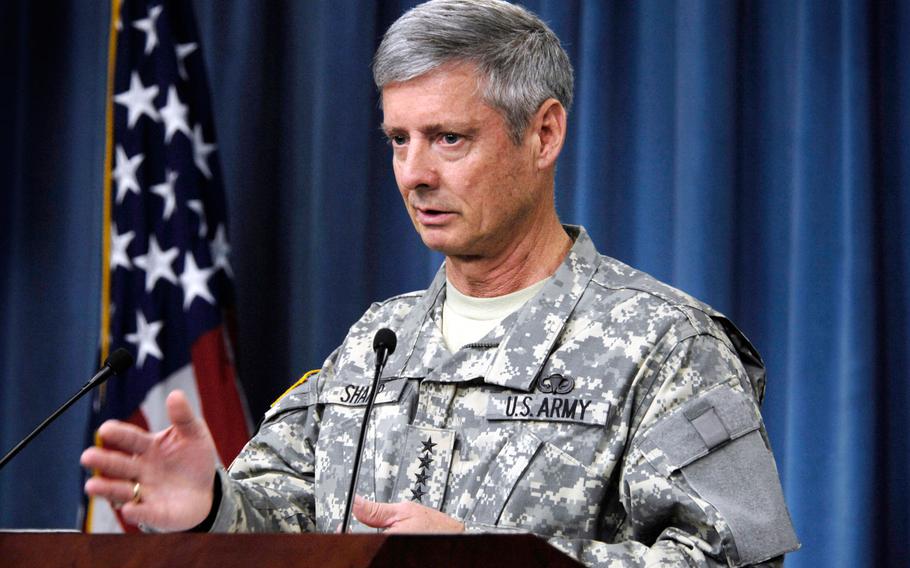 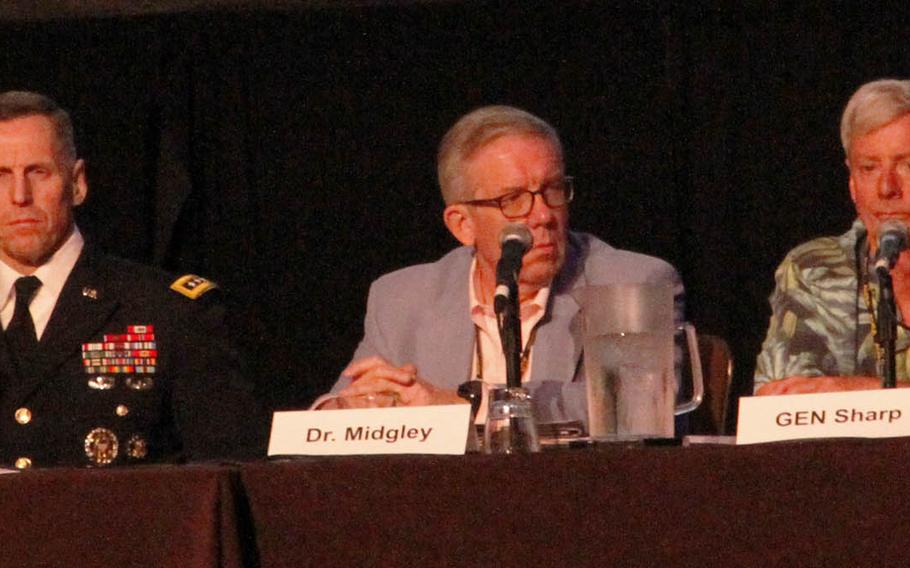 FORT SHAFTER, Hawaii — Instability within North Korea will lead to its collapse “sooner than many of us think,” a former U.S. Forces Korea commander says.

Retired four-star Gen. Walter Sharp was among five panelists Tuesday who opened a three-day symposium, sponsored by the Association of the U.S. Army’s Institute of Land Warfare, on strengthening land forces across the Pacific.

North Korea garnered most of the panel’s attention, driven by the volatile nation’s uptick in missiles launches and its fourth nuclear test earlier this year.

Sharp, who headed USFK in 2008-11, said he recently guaranteed Gen. Vincent Brooks, the newly minted USFK commander, there would be major changes on the peninsula before his tenure ends.

There’s long been speculation about how long the regime can continue to hold power in a country riddled with serial famines, drought, draconian punishments, poor medical care and an ever-increasing regimen of United Nations sanctions. Some analysts believe the North needs only one more jolt before it tumbles, while others say it has muddled through worse times in the past.

Sharp said North Korea’s economy “is clearly not meeting the needs of the people of North Korea,” a situation exacerbated after China, the country’s biggest trading partner, joined the most recent round of harsh UN sanctions.

“We’re all pretty convinced that that’s not going to work,” Sharp said.

Combine that with North Korean citizens who are gaining more outside access through cellphones and broadcasts, and there is “growing internal pressure within North Korea that will force either the regime to change or to change the regime,” he said.

Planning for what happens after the North’s collapse must begin now, Sharp said.

“I think we also need to work very hard to plan and exercise for this collapse scenario,” he said.

Both the U.N. and China could have work to do in the event of regime collapse, Sharp said.

“I could see a role for the United Nations along the border between what is now North Korea and China, doing border control there, perhaps with China as the lead of that UN command up there,” he said.

Lt. Gen. Thomas L. Vandal, 8th Army commander in South Korea, told the audience “the pace of change has been exponential over the past three or four years on both sides of the [Demilitarized Zone].”

“From the balloon launches (of propaganda leaflets), the propaganda broadcasts, mission-boat activities and exchanges along the DMZ, we face a high risk of miscalculation and escalation,” he said.

South Korea, however, has made “significant investments” in missile defense and other preventative measures, and USFK and the 8th Army have achieved two “major milestones” over the past year, he said.

The first is the formation of the South Korea-U.S. combined division, the 2nd Infantry Division. Second is the implementation of rotational forces — six rotational battalions and a rotational armored brigade combat team.

“It’s not business as usual on the Korean peninsula,” he said.