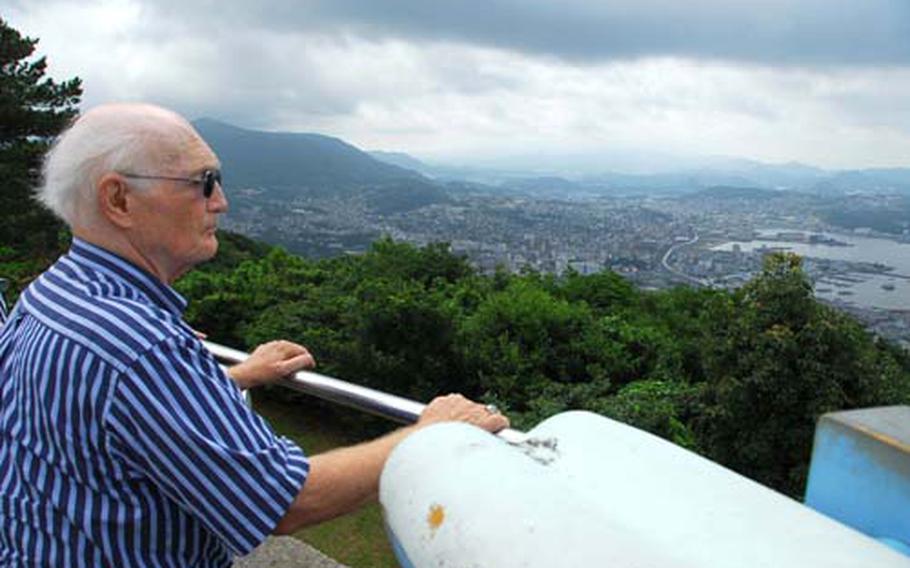 Retired Cmdr. Howard Benedict looks over Sasebo Naval Base, Japan, and the surrounding city. Benedict was 20 years old when he arrived in the area following the Japanese surrender in August 1945. On Tuesday, he returned to Sasebo for the first time. (Travis J. Tritten / S&S)

Retired Cmdr. Howard Benedict looks over Sasebo Naval Base, Japan, and the surrounding city. Benedict was 20 years old when he arrived in the area following the Japanese surrender in August 1945. On Tuesday, he returned to Sasebo for the first time. (Travis J. Tritten / S&S) 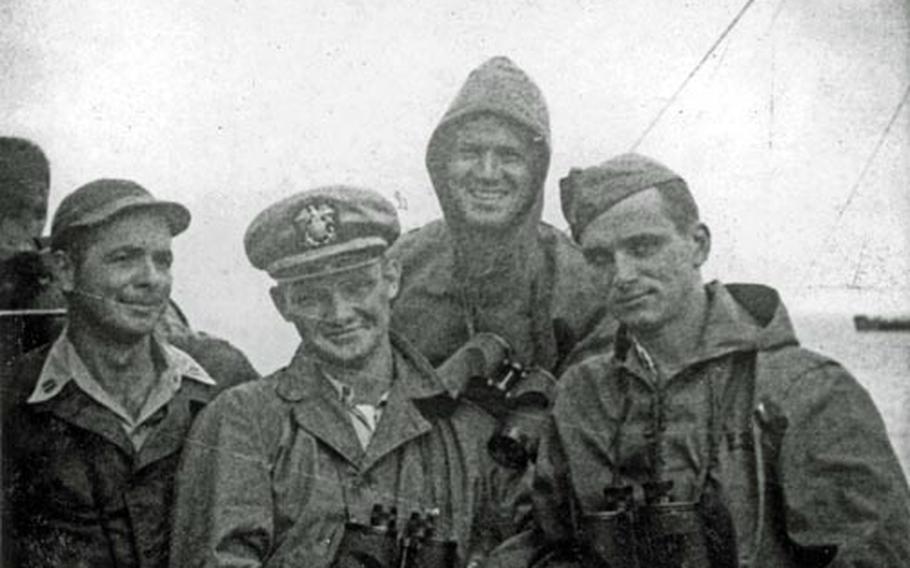 Aug. 25, 1945 Howard Benedict, center left, was 20 years old when his task force became the first Americans to land in Sasebo following Japan&#39;s surrender in August 1945. Here he is shown with fellow crew members aboard the USS LST 1077. (Howard Benedict / Courtesy) 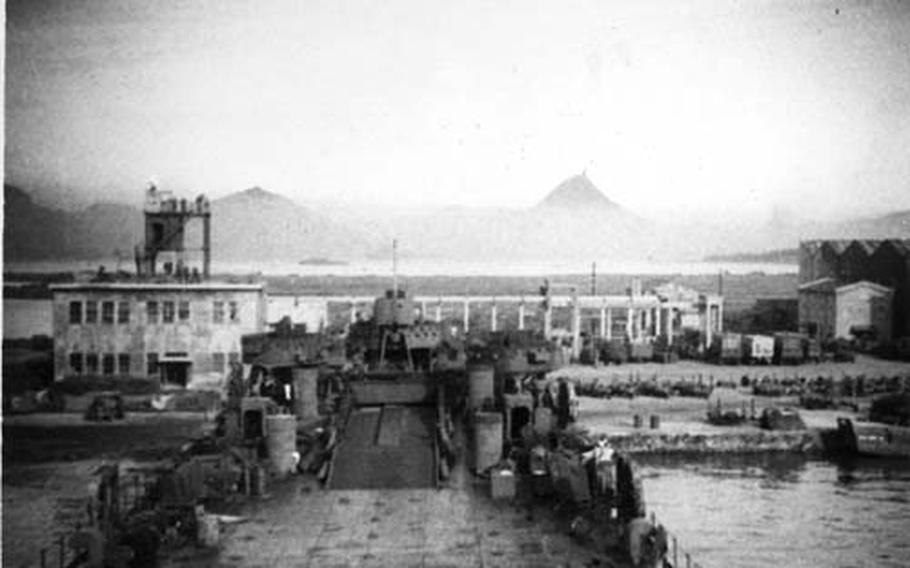 SASEBO NAVAL BASE, Japan &#8212; After all the years, it was still the same piece of Japanese shoreline, the same mountains in the distance.

Howard Benedict, 84, landed here a lifetime ago as a young U.S. sailor, among the first to scout the area after Japan&#8217;s surrender in late summer 1945.

Benedict, a retired Navy commander, clutched a chain-link fence at Sasebo Naval Base and looked out over the bay Tuesday.

"This is it, this is where we landed," he said. "Over all the years, this is the place I always wanted to come back to."

Benedict finally did return this week as a guest of the U.S. Navy.

His visit helped fill in some of the gray areas in the history of Sasebo, an Imperial Japanese Navy port during World War II and a key operating base for the U.S. military since.

A task force that included his ship, the USS LST 1077, carried the first American troops to reach the port in the weeks between the end of the war and Japan&#8217;s formal surrender in early September.

A 20-year-old Benedict and his fellow sailors and Marines entered Sasebo harbor Aug. 29, 1945, and landed at the present-day Sakibe Navy annex, uncertain what might be lurking in the industrial port after years of bloody war.

The task force remained on high alert as it entered the bay, he said.

Instead of resistance, they found the rusting remains of the Imperial Japanese Navy anchored and silent in the blue-green waters of the bay.

An empty, unanchored military transport ship drifted nearby. The sailors checked it for explosives but found nothing, he said.

Japan ran out of money to maintain the Sasebo ships during the war and anchored them to decay in a corner of the bay, said Phil Eakins, a local historian.

The task force found the Japanese naval air station destroyed, its hangars and buildings bashed in or leveled by U.S. bombing, Benedict said.

The bombing left little more than the seaplane ramps that remain at Sakibe today.

Leading up to the surrender, much of Japan was pummeled by U.S. air power.

At midnight on June 28, 1945, U.S. B-29 bombers appeared in the skies over Sasebo and dropped incendiary munitions that gutted much of the city center, Eakins said.

"The B-29s had mostly destroyed the large cities, so they started on the medium-sized industrial cities," he said.

Most of the women and children fled the city later that summer, fearful of rumors that victorious American forces would plunder and rape, Eakins said.

Benedict said he never saw the fire-bombing destruction or ventured into the central city, which sits over the mountains where he landed in 1945.

The task force stayed just 36 hours before moving on &#8212; Benedict said he spent eight of those hours on his ship grounded in a river when the tide went out.

But the brief time in Sasebo stayed with him throughout his life, always pulling him back to it.