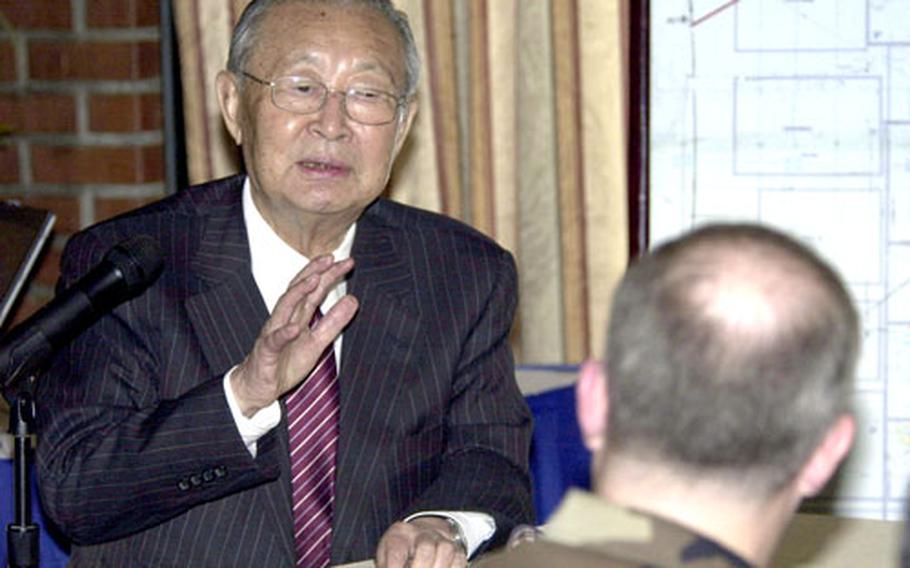 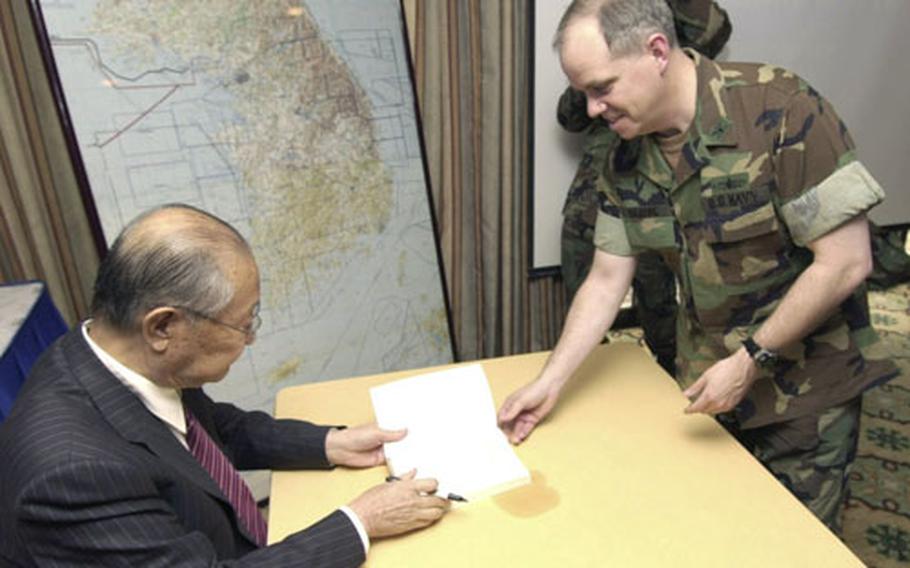 YONGSAN GARRISON, South Korea &#8212; History came to life for a group of sailors and Marines on Tuesday afternoon.

Black-and-white photos of famous battles, famous military leaders and even a U.S. president-elect were flashed across a screen. In many of the photos, including one that ran in Time magazine, the then-30-year-old Paik was briefing generals, shaking hands with admirals and posing with other members of the armistice commission.

Paik brought laughs as he peppered the presentation with humorous anecdotes.

Using a laser pointer, Paik traced a red circle on a photo of the grenade Gen. Matthew Ridgway always wore on his vest. Ridgway was the 8th U.S. Army commander who took control of the United Nations Command after President Truman relieved Gen. Douglas MacArthur of the command.

Of interest to many of the sailors in the room was the story about the fire support Paik received while commanding forces along the coast.

Paik encouraged the admiral to send sailors on land so they could act as forward observers and &#8220;call for fire&#8221; from the Navy.

He said he also was thankful for Navy doctors, who diagnosed and treated his malaria during the war.

Wisecup said having a &#8220;legend and a national hero&#8221; speak to the naval forces in South Korea was ideal.

The admiral said people sailors know only from history books were Paik&#8217;s friends, allies and acquaintances.

Paik told Stars and Stripes that he devoted his life to strengthening the U.S.-South Korea alliance.

He participated in all 10 major campaigns during the Korean War and served as South Korea&#8217;s initial representative to the armistice.

He served twice as South Korea&#8217;s Chief of Staff and was chairman of the Joint Chiefs of Staff.

He retired in 1960 as the country&#8217;s most highly decorated soldier, earning two Taeguk Medals (Korea&#8217;s highest award), in addition to seven U.S. medals including the Silver Star and four Legions of Merit.

He served as ambassador to Taiwan in 1960 and to France (and concurrently 160 other European and African nations) and Canada in 1965.