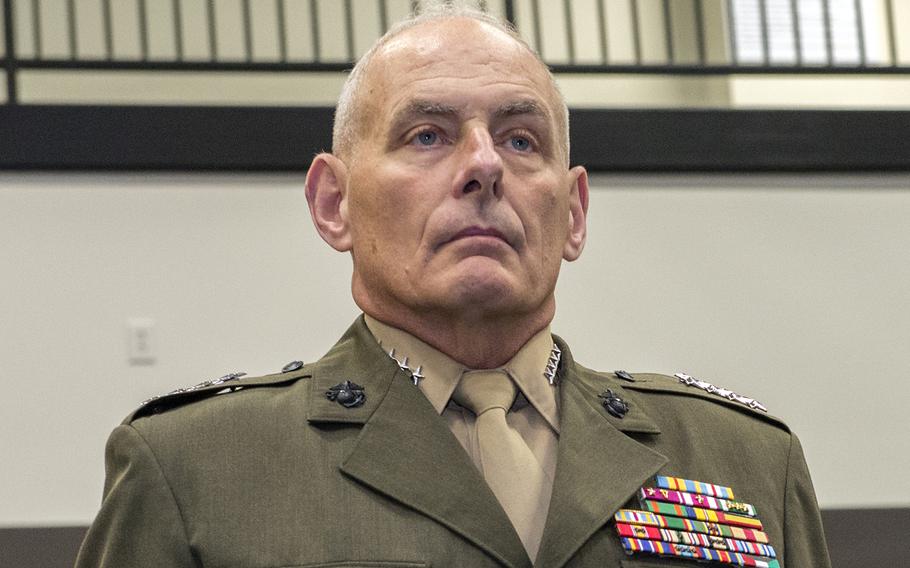 The Senate voted 88-11 to confirm Kelly, who will oversee the nation’s third largest Cabinet department less than a year after he left the military. He retired in February 2016 as the chief of U.S. Southern Command after 45 years in uniform.

The former general was highly respected among servicemembers and lawmakers, known for speaking his mind even when his views did not directly reflect his chain-of-command. During his confirmation hearing Jan. 10 before the Senate Committee on Homeland Security and Governmental Affairs, Kelly pledged he would continue “speaking truth to power” if confirmed to lead the Department of Homeland Security.

In his new role, Kelly will lead an organization of 240,000 employees tasked with protecting the American homeland and securing its borders. He brings with him a plethora of experiences that have shaped his often conservative-leaning views, including tough talk about the threat of drugs and terrorists moving across the southern border from Mexico and countries in Central and South America.

Kelly, 66, commanded troops in Iraq, served as the Marines’ liaison to Congress, and as the senior military adviser to former defense secretaries Robert Gates and Leon Panetta. He also lost his 29-year-old son to the war in Afghanistan. In 2010, Marine 1st Lt. Robert Kelly was killed in Sangin, Afghanistan when he stepped on a roadside bomb leading a platoon on a patrol.

As Southern Command chief – a job that Kelly held from 2012 until his retirement – he oversaw American military operations in the Caribbean, Central and South America. In that job, he dealt with many similar issues to ones that he’ll face as homeland security secretary such as counternarcotics, counterterrorism and border safety.

During his confirmation hearing, Kelly appeared to disagree with Trump on some issues, including the usefulness of a border wall.

“Physical defense in themselves would not do the job,” Kelly told lawmakers, adding it would be more useful to strengthen partnership with other nations to combat drug trafficking. “ … I believe the defense of the Southwest border starts 1,500 miles to the south, with Peru, which is very active in going after drug traffic.”

He also said “halting the demand” for drugs within the United States would help secure the border but added most illegal immigrants “don’t come here for any other purpose except to have economic opportunity and to escape violence.”

Kelly inherits a troubled organization that was created in 2002 in response to the 9/11 terrorist attacks. The department has consistently polled last among federal agencies in yearly Office of Personnel Management morale polls, including in 2016.

The former general told lawmakers changing the agencies culture to improve morale would be among his chief priorities.

Kelly will join another recently retired four-star Marine general in Trump’s Cabinet. Jim Mattis, who retired in 2013, was also confirmed Friday by the Senate to serve as defense secretary.