Retired colonel's obituary says he loved being a Marine, 'hated how all of you were incapable of driving competently' 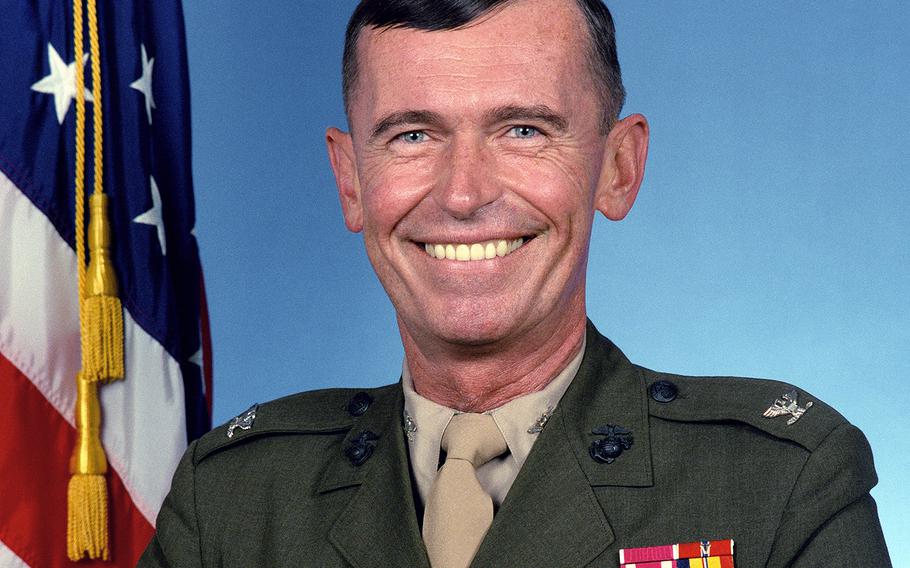 A retired Marine colonel buried at Arlington National Cemetery this week is being remembered for his 30 years of service, his participation in military operations around the world, his sense of humor — and his contempt for Northern Virginia drivers.

"A native of Northern VA for the last 30 years of his life, he hated how all of you were incapable of driving competently," read the obituary for Robert F. Gibson, which appeared in print Sunday in the Washington Post.

Gibson died in late December at the age of 77, and the obit written by his family drew interest online after it was posted on Reddit. His sons came up with the idea of including the line about drivers, remembering his colorful commentary on fellow motorists, his widow, Barbara Gibson, told WRC-TV. Besides, she figured people could relate.

"It’s a general sentiment a lot of folks have," she said. "He traveled on the Beltway, and traffic is horrendous."

Gibson’s funeral was Thursday. He graduated from the United States Air Force Academy in 1962 and was commissioned later that year in the Marines. He deployed twice during the Vietnam War and participated in operations in Honduras, Norway, Lebanon, Kuwait and the Philippines. His awards included the Legion of Merit and a Bronze Star, according to his obituary.

After he retired, an award from the Marine Corps Aviation Association was renamed after Gibson, who the association said was "a pioneer in the concept of integrated air control group detachments supporting Marine aviation around the globe."