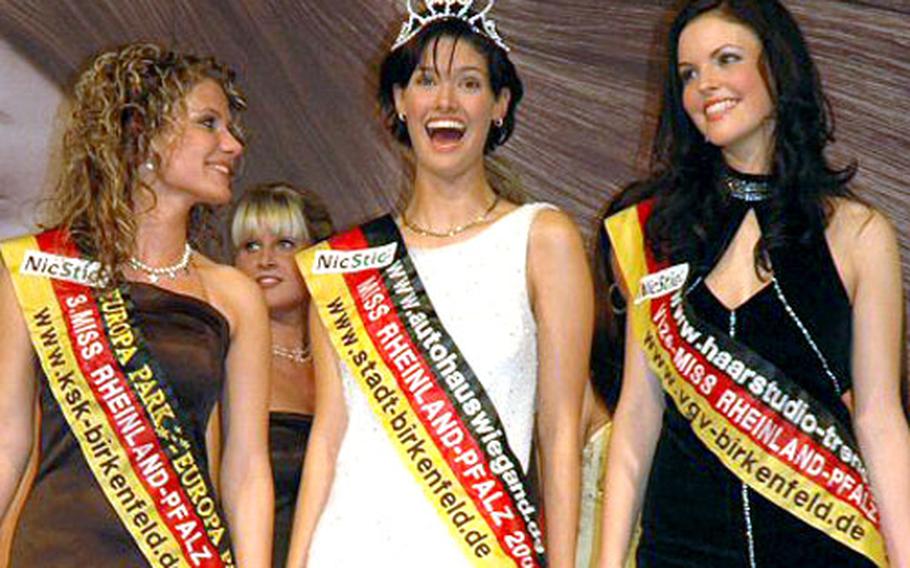 Christina Baralt, 19, center, who has been a bagger at the Vogelweh commissary in Kaiserslautern, Germany, will compete for the title of Miss Germany 2007 this weekend. Baralt’s father, Tony, is a retired Air Force colonel. (Photos courtesy of Tony Baralt)

Christina Baralt, 19, center, who has been a bagger at the Vogelweh commissary in Kaiserslautern, Germany, will compete for the title of Miss Germany 2007 this weekend. Baralt’s father, Tony, is a retired Air Force colonel. (Photos courtesy of Tony Baralt) 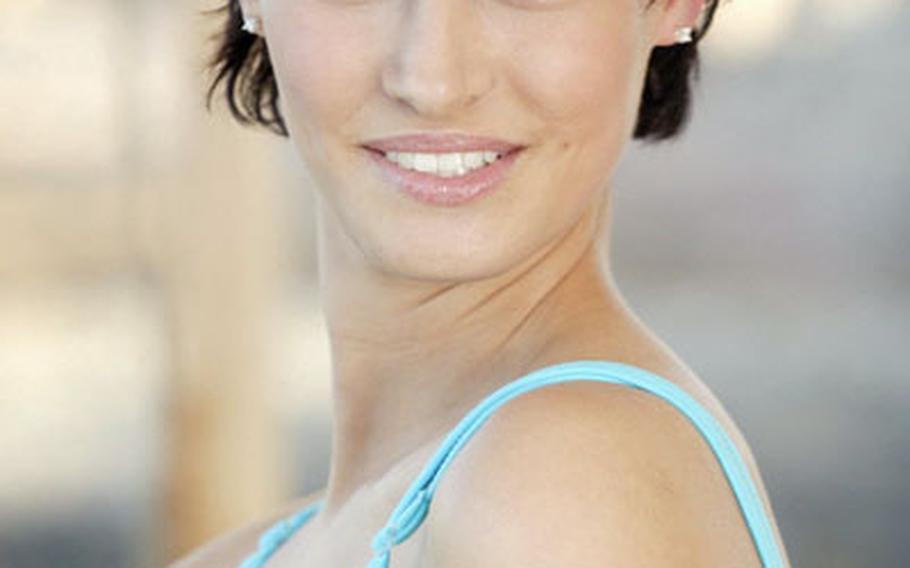 KAISERSLAUTERN, Germany &#8212; For the past two years, 19-year-old Christina Baralt has been a bagger at the Vogelweh commissary, helping customers pack groceries for tips.

But this weekend, she hopes to bag something for herself: the title of Miss Germany 2007.

Baralt, the daughter of a retired U.S. Air Force colonel and a German school principal, is one of 22 women competing for the crown as the country&#8217;s top miss. Saturday night&#8217;s pageant at Europa Park in southwestern Germany near Freiburg will determine the winner.

&#8220;It has been a lot of fun,&#8221; she said by telephone in between rehearsals with the other contestants.

Her father, Tony Baralt, is proud of his daughter despite his misgivings about beauty pageants.

Her father once worked for the U.S. Air Forces in Europe headquarters&#8217; intelligence staff at Ramstein Air Base. He arrived in Germany in 1981 and later met his wife, Marianne. He has been a longtime Red Cross volunteer at the base clinic and is heavily involved in the American Catholic community.

The family lives in Steinalben and regularly attends Mass at the Vogelweh chapel.

Christina Baralt said she never thought about entering a pageant until she entered the Miss Kaiserslautern contest in 2005, when she was named second runner-up.

But last year, she won the city title. Then, judges last November crowned her Miss Rheinland-Pfalz the top contestant in the state, qualifying her for this year&#8217;s Miss Germany pageant.

Although it can be awkward and challenging to have a German mother and American father growing up in Germany, Baralt said she is proud of both cultures and doesn&#8217;t favor one over the other.

Baralt is the only contestant who has an American parent and, she jokes, the only one with short hair.

If she wins the title, she will get a one-year lease on a Mercedes-Benz, cash and various other benefits and perks. The winner is expected to make at least 150 events and appearances during her reign.

A celebrity panel, along with votes tallied by Internet users, will choose the top contestant.

After graduation from high school next month, Baralt wants to attend college in Saarbr&#252;cken and become a teacher.

But if she doesn&#8217;t win, she said she plans to return to her job at the commissary.