“We’d like to see the VA follow the lead of other government agencies by embracing technologies that obviate the need to put would-be pets and service animals through painful experimentations," said veteran and advocate Sherman Gillums. ()

“We’d like to see the VA follow the lead of other government agencies by embracing technologies that obviate the need to put would-be pets and service animals through painful experimentations," said veteran and advocate Sherman Gillums. () 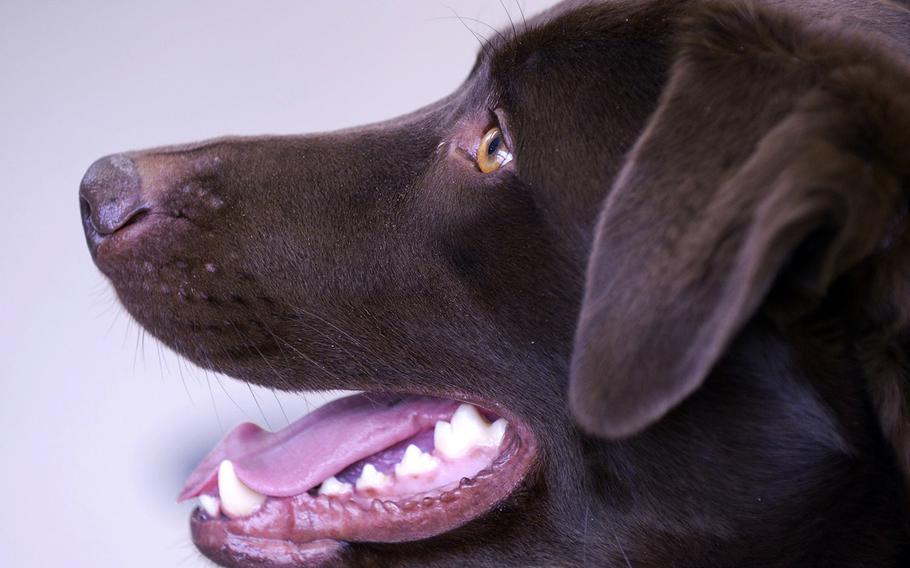 WASHINGTON – New rules to prevent the Department of Veterans Affairs from conducting medical experiments on dogs was tucked into a massive spending package that Congress formulated to avoid a government shutdown this week.

The measure would prohibit the use of dogs in VA research unless the objectives of a study can be met only by using them. Even in that instance, the study must be directly approved by the VA secretary. It also requires the VA secretary to report to Congress, detailing studies using dogs and why there were no alternatives.

The $1.3 trillion spending bill passed the House on Thursday. The Senate must approve it before it’s sent to the White House. The bill must be finalized by the end of Friday, or else trigger a partial government shutdown.

The inclusion of the restrictions on dog testing was a win for the White Coat Waste Project, a nonprofit that frames animal rights as a conservative issue by linking it to the waste of taxpayer dollars. The group has targeted the VA since last March for its use of dogs in medical research.

“We believe this legislation will defund most, if not all, of the VA’s wasteful and painful experimentation on dogs that’s widely opposed by veterans, taxpayers and Congress itself,” said Justin Goodman, vice president of White Coat Waste Project.

He described it as “bold action toward ending wasteful government spending on taxpayer-funded canine abuse.”

Last week, the VA announced a third party would be initiating a “rapid, in-depth” review of its research projects using dogs.

In response to criticisms about its use of dogs last year, the VA defended the projects, contending they were strictly controlled and monitored. The agency also touted innovations that have come from its research team, including the cardiac pacemaker.

“We understand that this is a sensitive issue,” VA Secretary David Shulkin said last week. “We look forward to a time when research involving canines is no longer necessary to advance the health of our veterans and are taking action to hasten that day, but until then, the agency has a duty to do everything in its power to develop new treatments to preserve and restore our veterans’ health.”

Gillums has since changed his position. In a commentary in the Washington Times earlier this month, he wrote there are methods to create innovations other than “harming defenseless dogs and puppies.”

Gillums, and AMVETS as an organization, applauded the measure being included in Congress’ spending bill.

“We’d like to see the VA follow the lead of other government agencies by embracing technologies that obviate the need to put would-be pets and service animals through painful experimentations, many of which haven’t delivered a significant breakthrough or clinical benefits to humans in decades,” Gillums said.

The measure included in the spending package was led by Reps. Dave Brat, R-VA., and Dina Titus, D-Nev., who introduced legislation last year to prevent taxpayer money from being spent on VA experiments using dogs.

“Our nation’s veterans deserve better than to have the VA spend taxpayers’ money on painful, ineffective experiments on dogs while other important programs for veterans are neglected,” Titus said Thursday in a statement.