Responsible drinking gets a racy mascot at Kadena 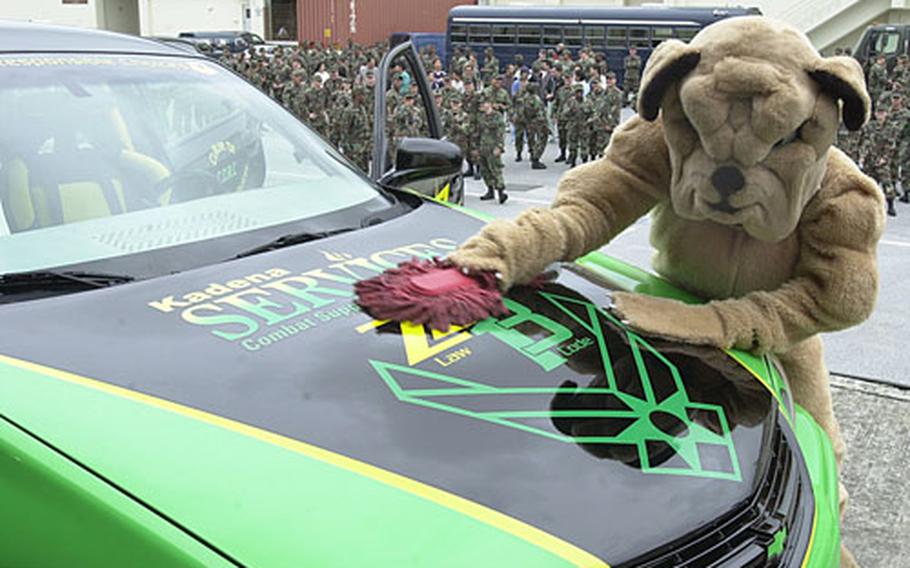 KADENA AIR BASE, Okinawa &#8212; Airmen with 18th Logistics Readiness Squadron got a first look Wednesday at the ZZ13, a mock race car that is Kadena&#8217;s latest vehicle for carrying a message to drink responsibly.

Summed up, it stands for zero underage drinking, zero alcohol incidents, plus the Air Force guideline for responsible drinking: one drink per hour and no more than three drinks in a night, Moulton said.

The general, however, also reminded troops that one drink an hour and three in a night still could put a person over the Japanese blood-alcohol limit of .03.

The best policy for someone who drinks is to hand the car keys to someone who hasn&#8217;t, he said.

The car&#8217;s gleaming black and green paint job, plus a sound system and a TV in the trunk, were designed to appeal to younger servicemembers, said Lt. Col. Eric Axelbank, president of the Culture of Responsible Choices &#8212; formerly the Alcohol Task Force.

Volunteers from 18th Services Squadron and 18th Logistic Readiness Squadron restored the car, which started life as military police K-9 vehicle and was headed to the junkyard before being tagged for its new duties.